Notes From a Paint Brush

I thought I'd jump in here and give you an update since Paul put me down for a few minutes to take a breather.

I'm the paint brush that he's held in his hand for so long now it seems that I'm almost permanently attached.  I've been painting walls, ceilings and trim for days now.  I've even painted Paul's arms, hair and nose a couple of times. 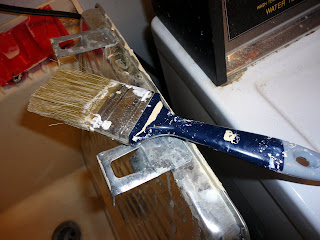 The house may look perfect from the curb, but inside is a whole 'nother story.  There's paint cans and supplies all over the place.  Paul carries the supplies from room to room in a laundry basket. 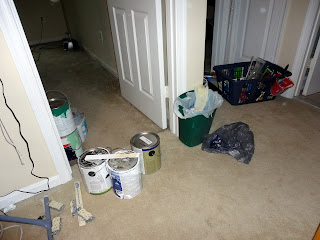 Despite all the mess, I've made the rooms look pretty good, if I may say so myself. 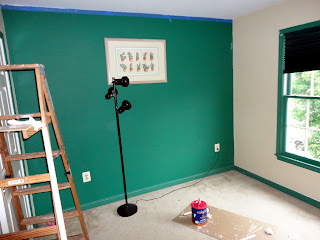 Of course I've had to share some of the painting duties with a paint roller.  Paul says whoever invented the roller should be sainted, whatever that means.
Paul has taken care of a few other items on the list.  The deck in the back yard was pressure washed and re-coated with weather proofing stuff. 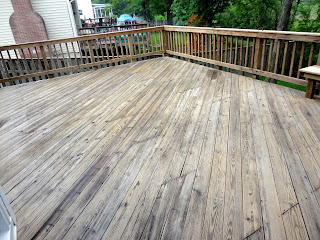 In the backyard is the reason Paul and Marti bought their house, a basketball court.  Thirteen years ago when they were house hunting there were quite a few nice homes to choose from, but only this one had the court.  Both their sons loved to play basket ball and they played many games when they lived here. 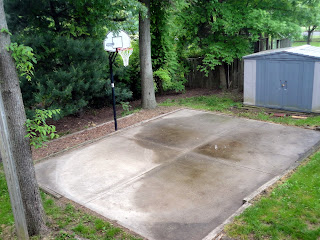 Since the boys grew up and moved away, the basketball court was pretty neglected.  The backboard was dirty and covered with mold and the net was green and rotten.  Paul got a new net and had a fun time balancing on a ladder while he struggled with threading the new net on the hoop.  I'm glad he didn't fall off because I was in his back pocket.  That might have hurt.
After Paul put on the net, it made the backboard look even dirtier.  With a moment of genius, Paul went and got the Awesome cleaner he uses to remove black streaks from the Journey. 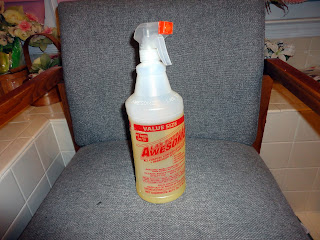 He picks the cleaner up at the Dollar Store.  It only costs a dollar!
After using the Awesome cleaner on the backboard, with a little scrubbing, it looks as good as new. 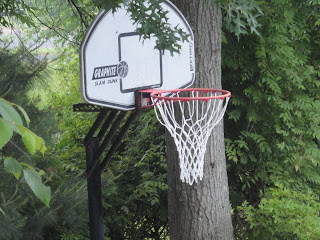 That gave him an idea.  He wasn't happy that the grout around the tile in the Master Bathroom, it looked dingy, so he tried the Awesome cleaner on the grout.  A little scrubbing with some old toothbrushes and the grout looks brand new.  Another little thing to make the house look more appealing to a buyer.

But Paul has not done everything on the house himself, he has used some contractors to do certain jobs, like re-coating the driveway.  I'm glad he didn't do it himself, because he probably would have used me somewhere to touch up something and that would have been the end of me.  You can't wash tar off in the sink. 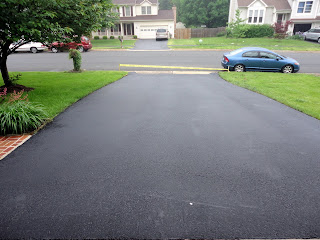 So it looks like it'll be a busy weekend with me putting more paint on the walls and Marti changing the cabinet knobs on the kitchen cabinets and prepping things for the new carpets that will be installed throughout the house next week.  Paul wants to have the last two rooms done before then, so I'll have lots of work to do to get it all finished.
Hopefully Paul will be so happy with the results of all my work that he'll take me along when he and Marti hit the road full time. :c)
Thanks for visiting and feel free to leave a comment.