Where’s Noah When You Need Him?

We’ve had an unusual amount of rain here at Thurmond Lake.  Water levels have been approaching historic highs and the Savannah River is much higher than it normally is this time of year.

As a result, Marti and I where sent out to look over all the campgrounds and boat ramps on the South Carolina side of Thurmond Lake while Jim, another volunteer, checked the Georgia side of the lake.

The fear was with the water levels so high, the concrete lanes of the boat ramps would be so submerged that it would make launching and recovering boats too dangerous, the boaters might drive off the ramps and get in serious trouble.

Also, some of the COE docks were submerged.  All these sites needed to be inspected for damage and closed off until the water level subsides. 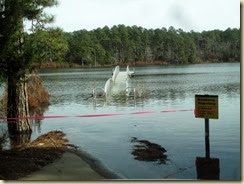 We drove into all the campgrounds, flooding even back from the lake occurred. 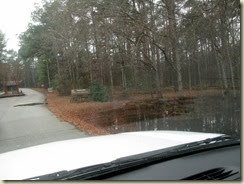 We taped off many of the ramps, the water level was so high, the concrete lanes were way under and invisible. 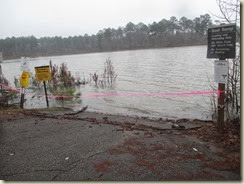 We checked a few boat ramps that had been closed off the day before.  Some boaters just tore down the tape and used the closed ramps anyway, so we had to re-tape the ramps. 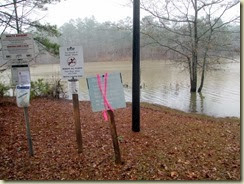 At the Thurmond Dam, the COE was letting out large amounts of water to help lower the lake levels.  It caused large, turbulent waves and eddies below the dam. 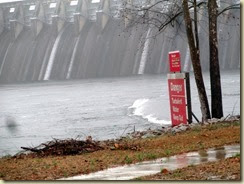 A couple of the boat ramps were okay, so we left them open as they could be safely used. 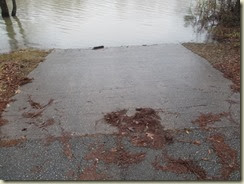 At one ramp we encountered some duck hunters who had given up for the day and pulled their boat out of the water.  I talked with them and they disgustedly said they had been out since early morning and hadn’t seen a single duck. 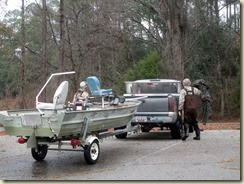 Guess what came waddling up the boat ramp right behind them. 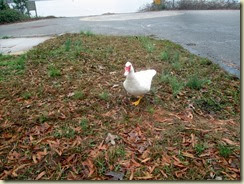 Posted by Paul and Marti Dahl at 1:10 PM