Owie studied an interesting subject in school this past year, one he found fascinating.  He learned all about Sea Turtles, how they live and breed, and the major threats to their safety and well being.  We stopped at Jekyll Island to learn first hand about a great organization dedicated to helping the Sea Turtles. 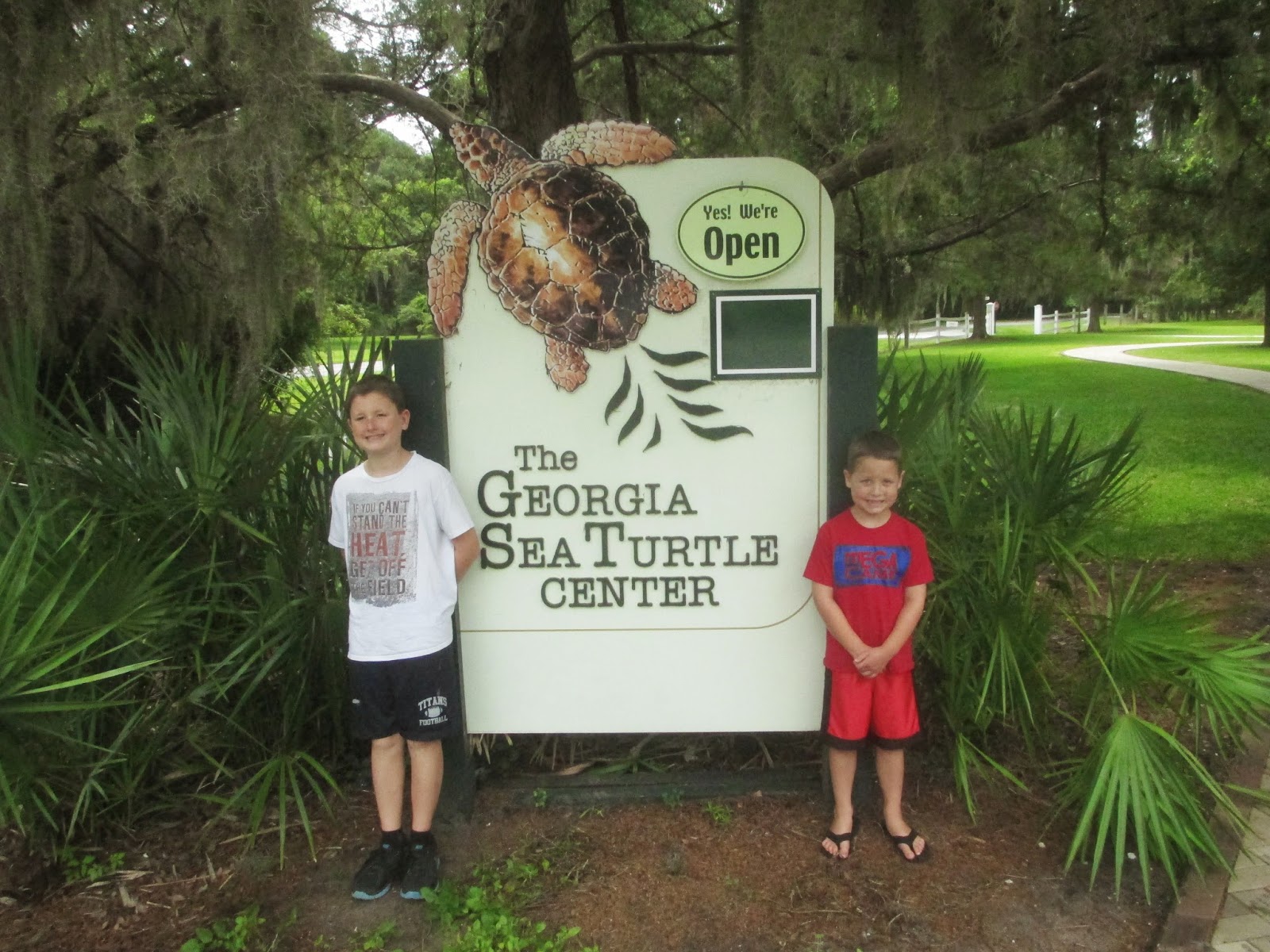 The Georgia Sea Turtle Center is a great place to learn about Sea Turtles, it is well laid out and very informative. 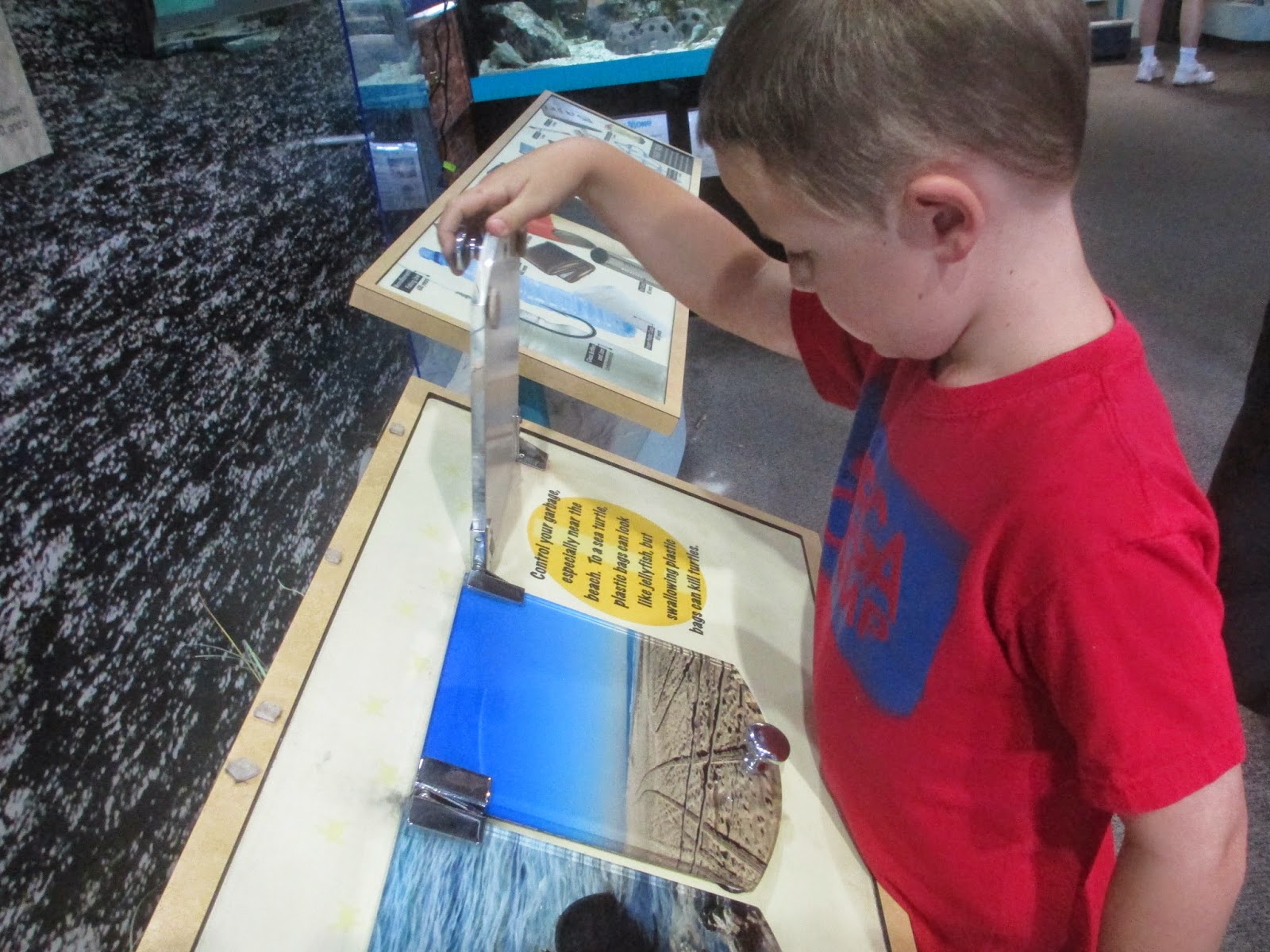 The best part was this, the Turtle Hospital, where injured Sea Turtles are collected, given medical attention and nursed back to health so they can be returned to the ocean.  Some turtles are so badly injured that they can never again live in the wild, so they are moved to various aquariums around the country where they can be cared for and live safely. 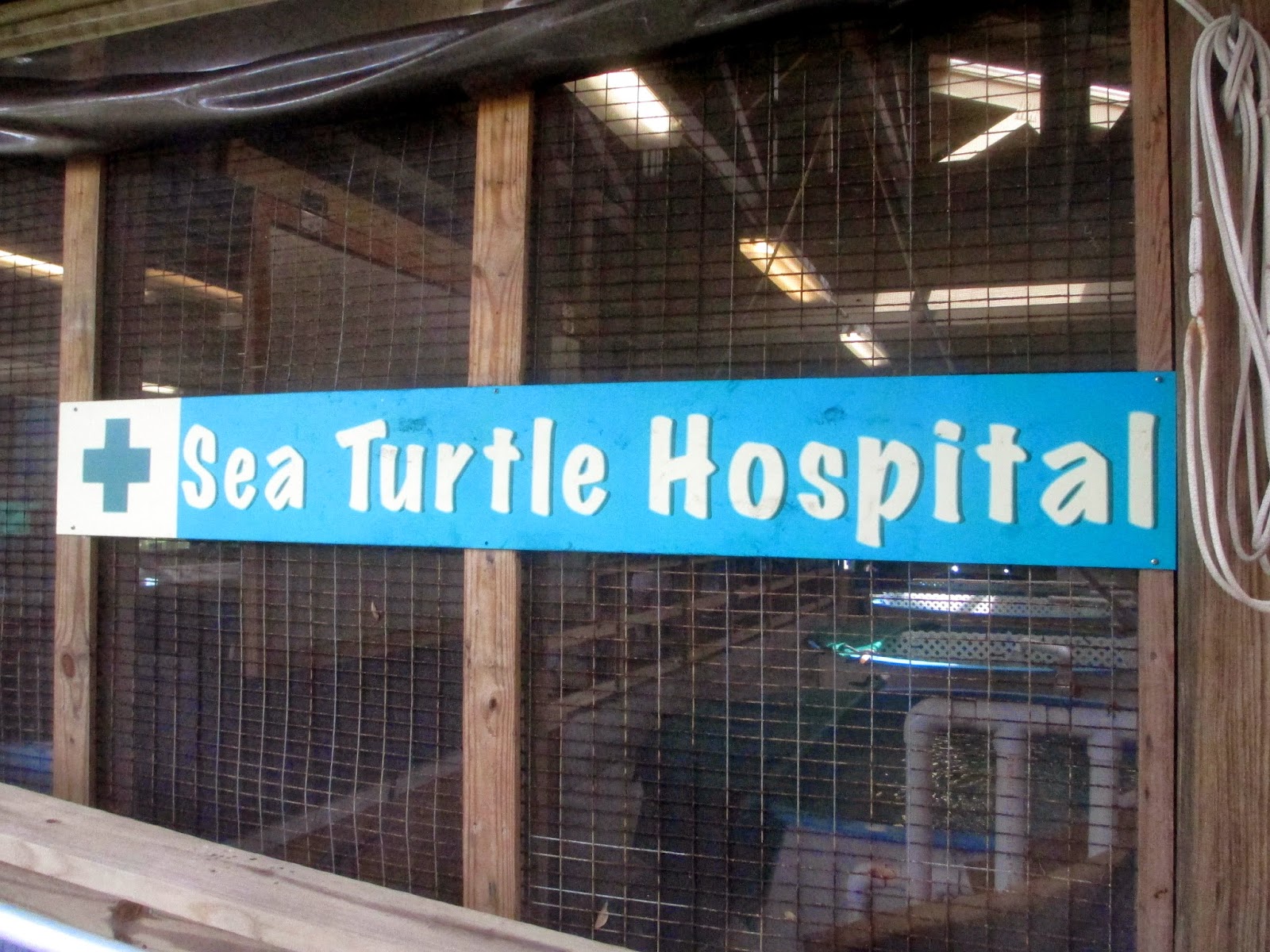 The hospital has vets on staff to treat the turtle's injuries and each turtle is placed in a large tank to live in while it heals.  Some of the tanks had mirrors over them so the turtles could be viewed easily. 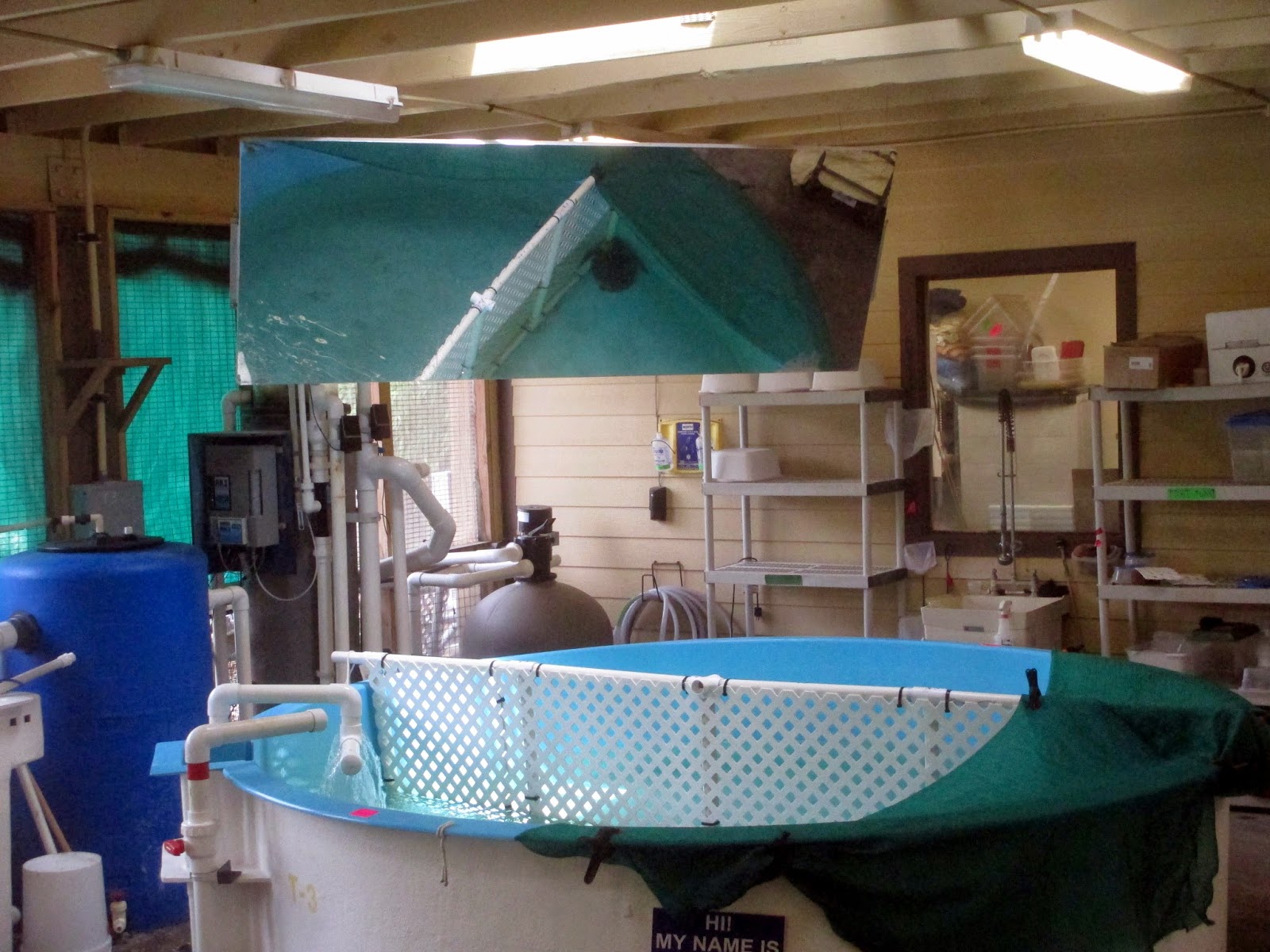 Other tanks you could see the turtles just by leaning over them. 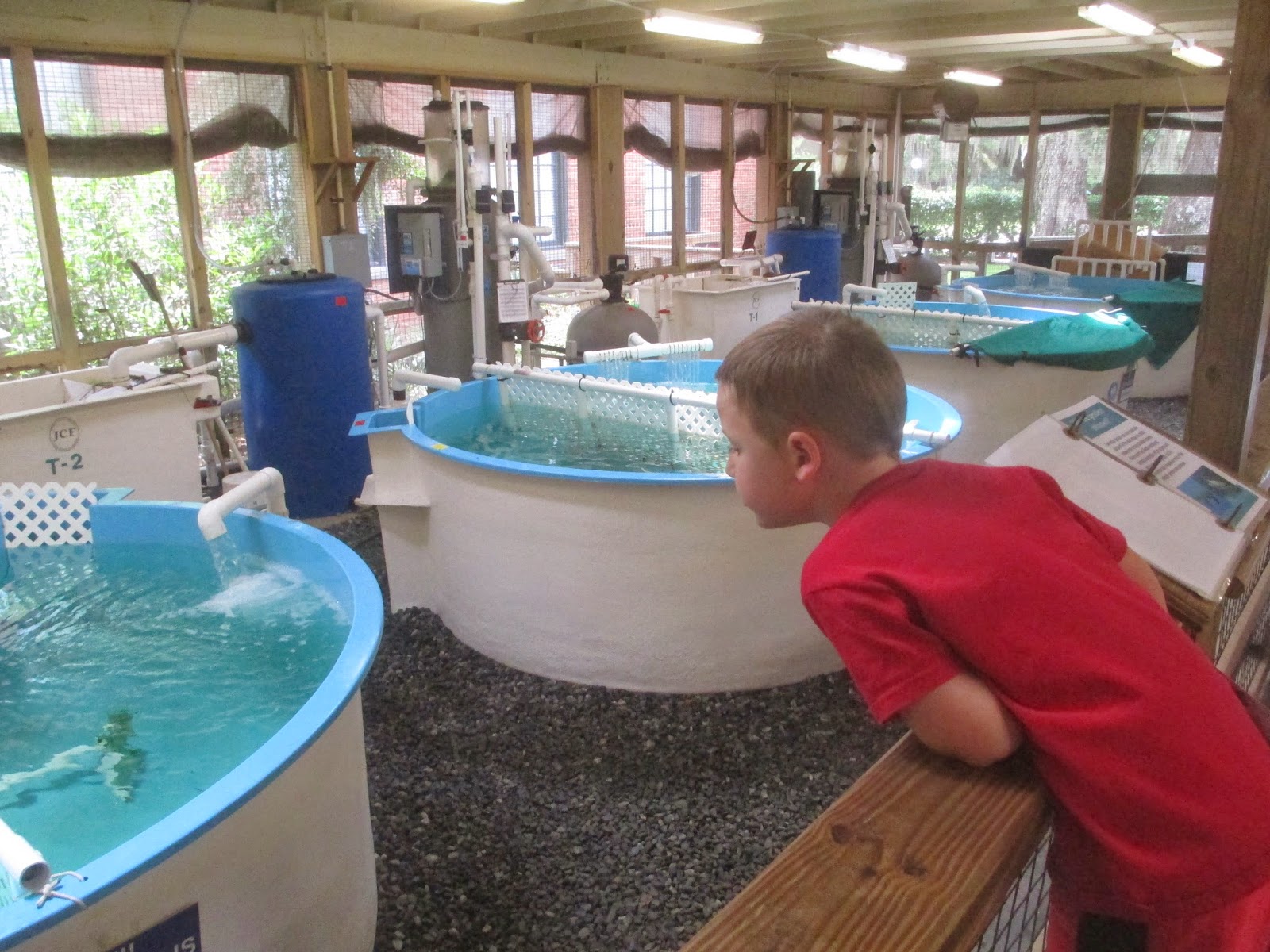 The biggest threat to the turtles is plastic, that some how is dumped or ends up in the ocean, where it can be mistaken for food and eaten by the turtles, which can kill them.  To bring home the point about plastic pollution, the center constructed a Sea Turtle, made entirely from plastic that had washed up on nearby beaches. 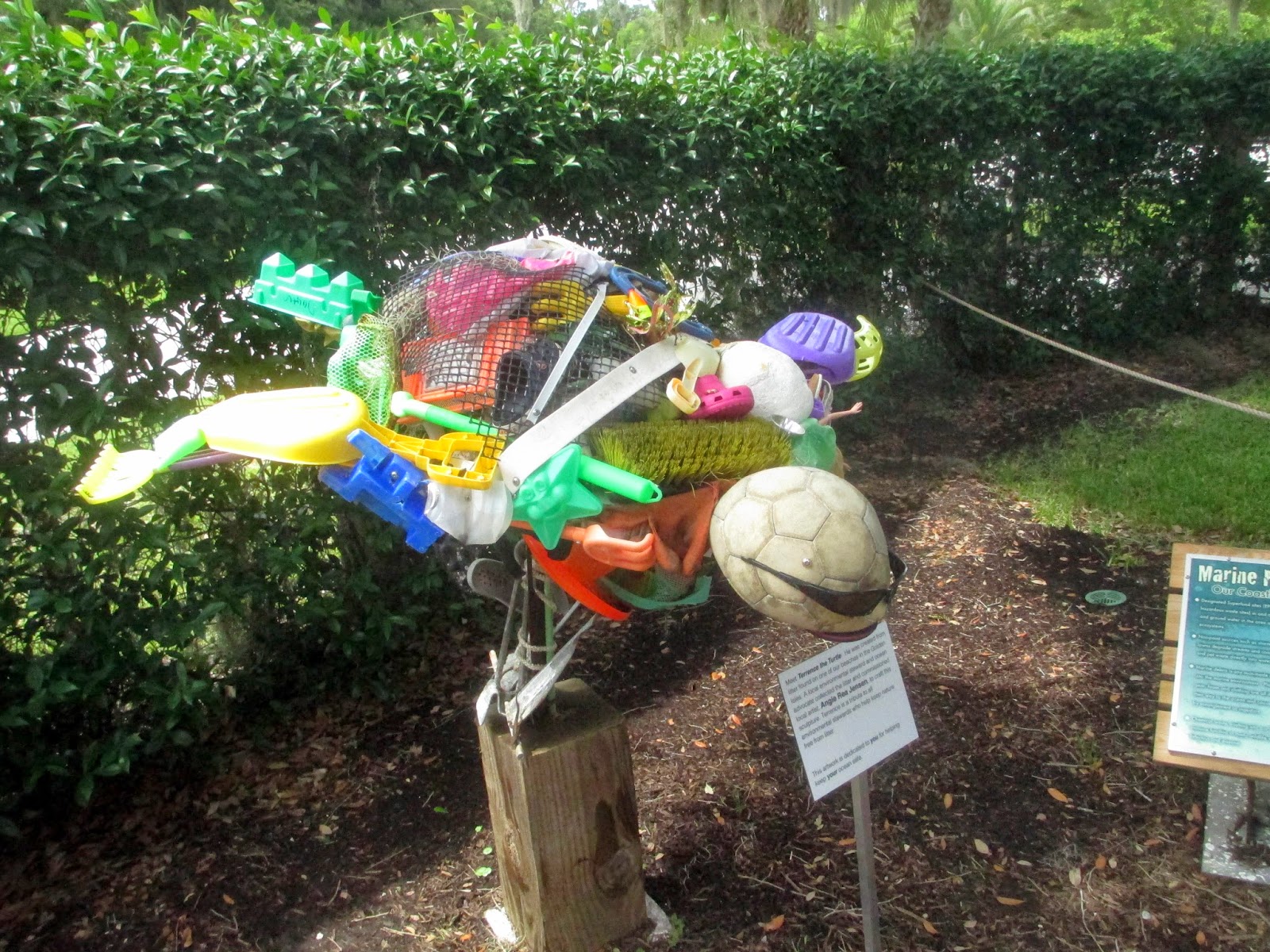 We all enjoyed the Sea Turtle Center and learned a lot.  We even placed a sticker on the car to remind people to take steps to care for the Sea Turtles. 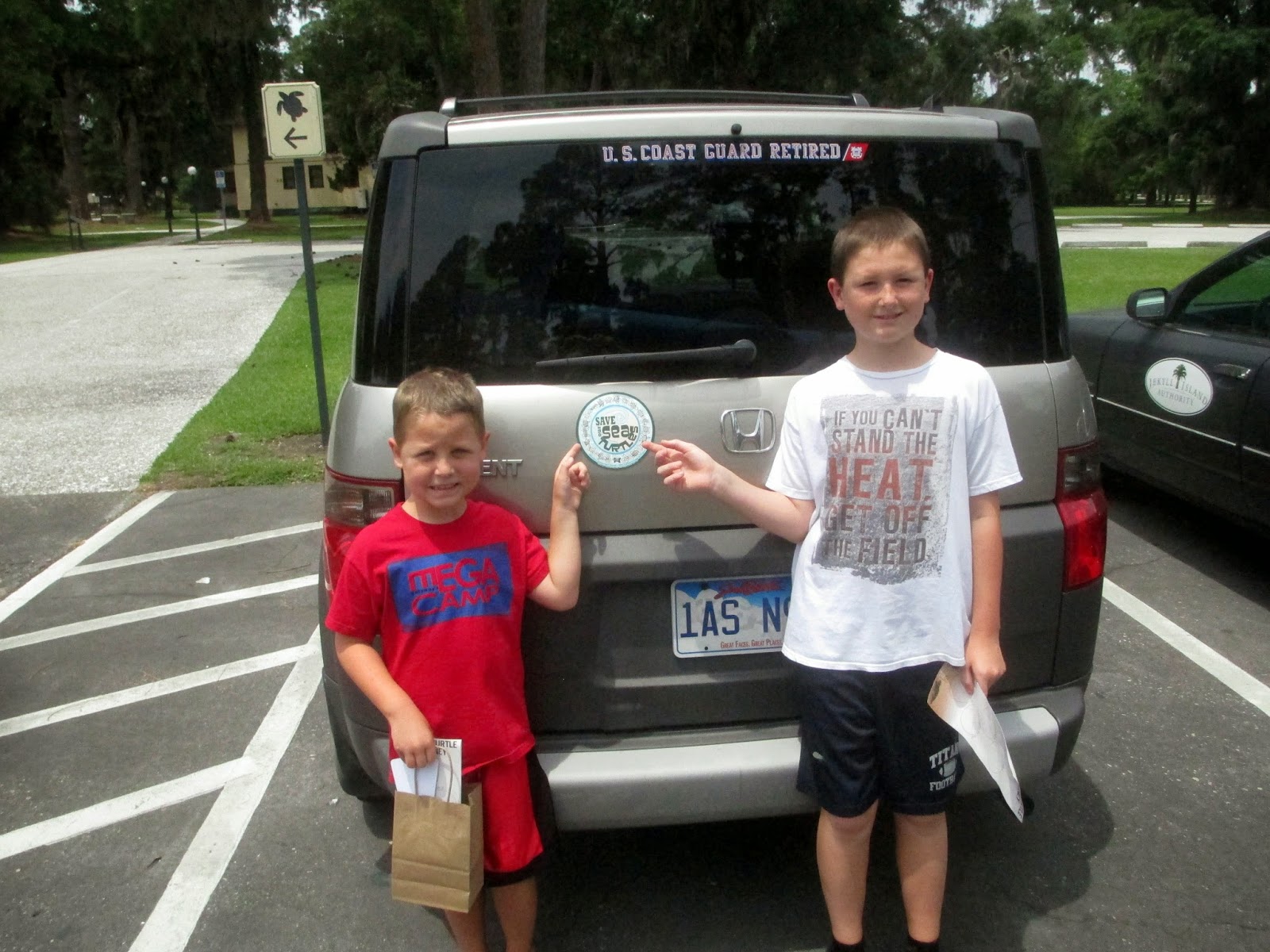 We'll make sure to drive carefully around turtle habitats near shore areas. 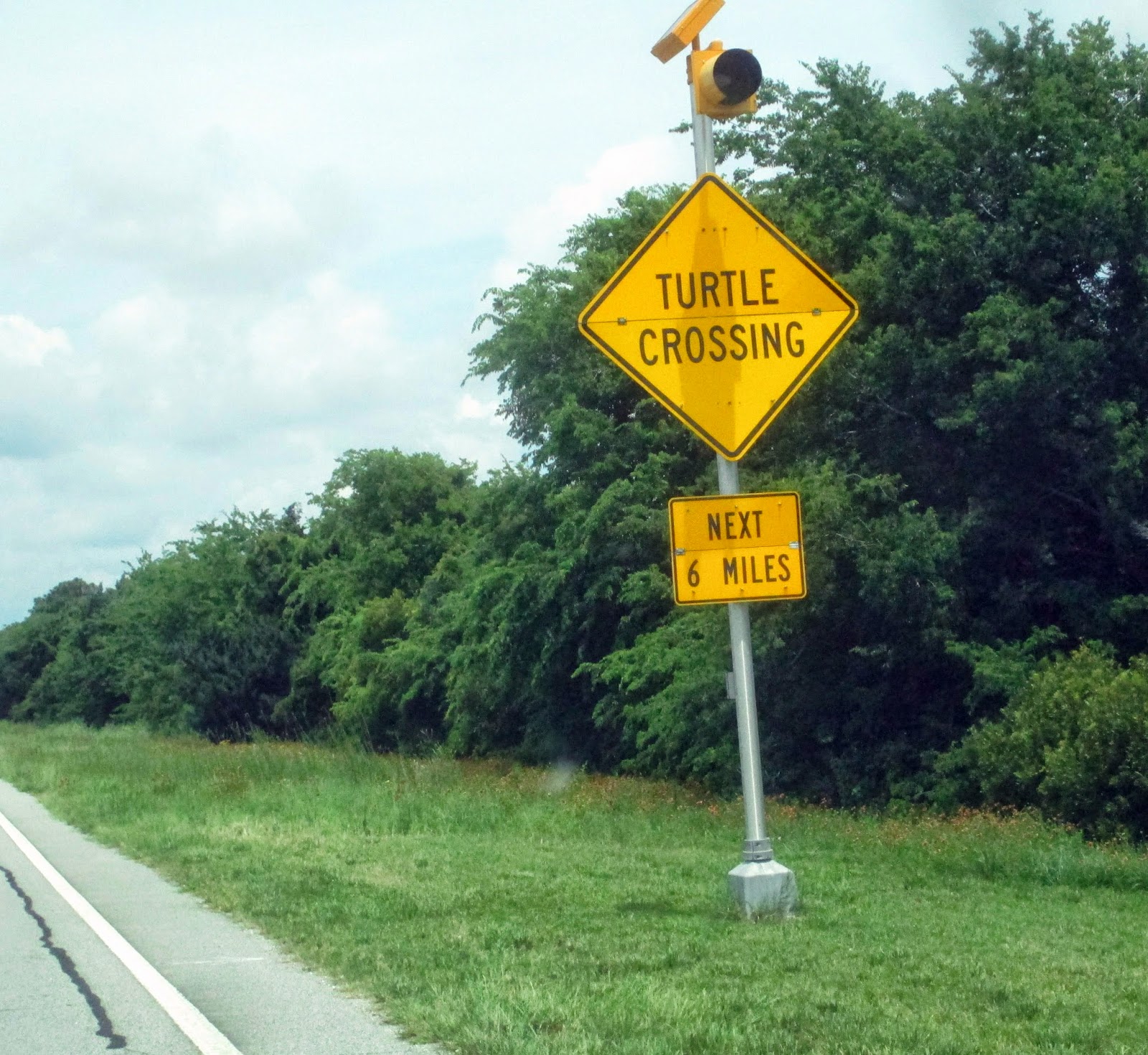 Now please excuse us this week for getting a little behind in blogging as we're somewhat preoccupied with our location.  ;c) 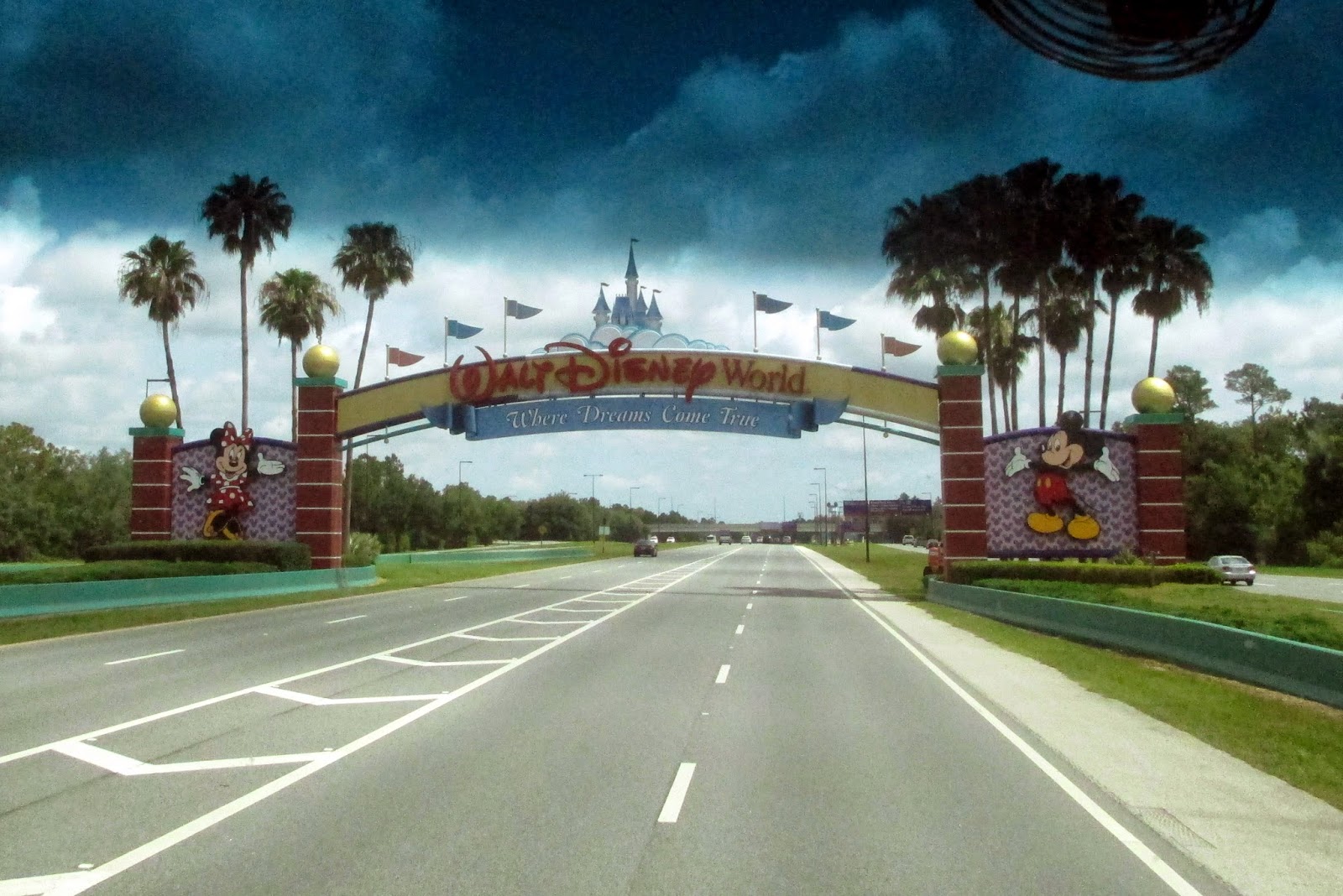 (My computer is still on the "sick list", but I'm able to do some posts using Blogger.  When we get to an area where I can access some good WiFi, I hope to get it back to full "health".)

Posted by Paul and Marti Dahl at 9:17 AM