Our Journey is equipped with a Caterpillar C-7, 350  horsepower diesel engine.   A diesel engine was one of the "must have" items for our full time motorhome.  I wasn't too particular on the diesel brand, a Cummins would have also been just fine.  I've worked on both and know these companies build a fine engine, good for miles and miles of service. 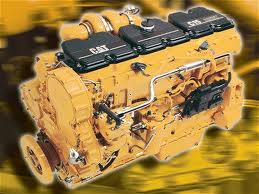 The Cat C-7 comes with a 5 year, 250,000 mile warranty.  I also purchased an extended warranty that covers most everything on the Journey for a 7 year/100,000 mile time frame,  just in case something goes awry out on the road.  I won't have to worry about an expensive repair busting our budget.  I also have a good road service plan in case I have to (gulp) be towed. 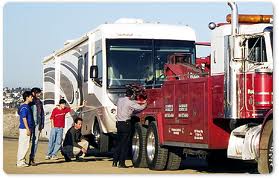 Now for the "Fly in the Ointment".  The Cat C-7's predecessor engine was known as the 3126.  One area that became problematic on that engine in RV service was bearing on the fan (that blows air through the radiator) had a grease fitting on it.  The fitting was supposed to have a squirt of grease put into it twice a year.  No big deal...except that it was hard to get to and too often overlooked or forgotten about and it eventually ran dry causing an expensive repair when it failed. 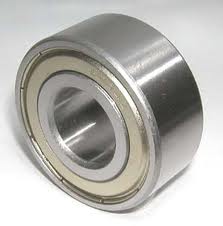 When Cat upgraded the 3126 to the C-7 version, they replaced the greasable bearing with an non-greasable, permanently lubed bearing to alleviate the bearing failures.  Here is the problem...the sealed bearings seem to have a high failure rate, they seize up with no warning right around the 30,000 mile mark.  We now have 31,000 miles on the Journey.

I frequent a couple of RV forums and on one, there are about 10 C-7 owners that have had the bearing fail, causing repair costs to run between $900-$2700, not counting towing, when the bearing goes, the RV cannot be driven.  A couple of others on the forum have not had any failures with 55K and 93K miles on their engines.

I talked with a Cat expert, who also owns an RV.  He has the older 3126 engine with the greasable bearing and has serviced it as required, and now has 155K miles on it with no problems.  Also based on his experience, he has not seen any high failure rate of the C-7 bearing where Cat might initiate a recall.

If I preemptively replace the bearing it would be a repair that I would have to pay out of my own pocket, neither Cat nor my extended warranty would cover it because nothing has broken.

On the other hand I could ignore the bearing and just drive on and deal with a bearing replacement if it should ever happen.  Then it would be covered by Cat or the extended warranty (as long as it occurs within the covered period).  The down side is do I want to deal with a breakdown at an inconvenient time and place, and need to have a tow to a shop that is not of my choosing?

I have decided that if I replace the bearing, I will put in the greasable bearing and maintain it, either type of bearing will fit my C-7.

So the quandary, do I roll the dice and take my chances?  Or do I bite the bullet and replace the bearing now and pay for it out of my pocket?

What have I decided to do?  I'm going to roll the dice and hope for the best that we won't have a bearing failure.  I'm also going to buy the bearing in advance and keep it in the Journey.

It's been my experience that if you have the spare part for something, the original part will never break.
It's sort of along the lines of "A Watched Pot Never Boils".   How's that for thinking outside the box? ;c)

Posted by Paul and Marti Dahl at 3:01 PM