Checking Out The Big Guns

Marti and Gail went out on their own way, so, being left to my own devices, I thought I’d go and check out the Big Guns.

Now before you jump to conclusions, no I did not go down to the local gym to look at weight lifters muscled arms, I drove over to Fall River, MA to Battleship Cove. 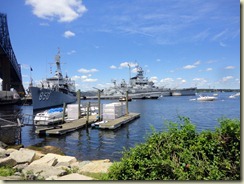 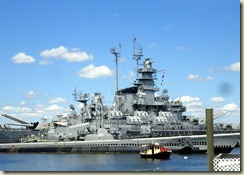 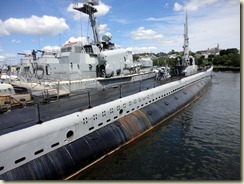 and the destroyer Joseph P. Kennedy (DD-850) are on display, along with some PT boats and other naval craft. 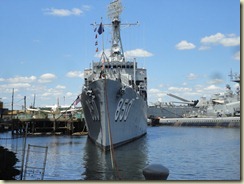 The two PT boats are really rare.  At the end of WWII, most of them were destroyed as they were obsolete.  The two here have been restored and look very sleek and menacing. 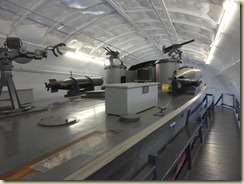 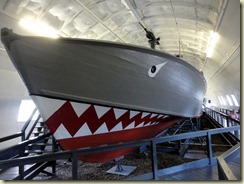 Walking through the tight quarters on the submarine, you’d wonder how some 60 men could live and work in such little space.  Our Journey would seem huge in comparison, and to think sometime we complain about our little space, and there is only two of us.

I marveled at the complexity of the sub’s torpedo tubes.  I’m never again going to complain about how intricate the systems on the Journey are. 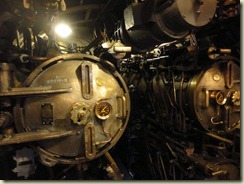 From the tight quarters on the sub to the massive decks of the battleship Massachusetts, nick named “Big Maimy”, you wonder how all that steel could stay afloat. (That is a bridge behind the ship over the Fall River, there is a "Bridge" on the ship, just not that one). 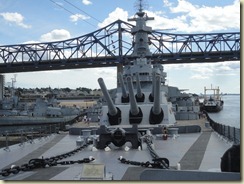 There are nine 16 inch guns on the ship, each capable of tossing a 2000 lb. shell twenty miles.  Picture a Volkswagen flying through the air for that distance.  Quite a powerful weapon (the gun, not the VW). 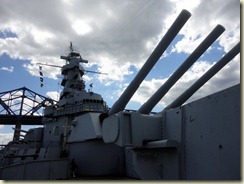 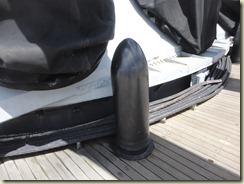 Touring through the interior spaces of the ship brought back some memories.  I slept on racks like this, but my cutter was much, much (much) smaller. 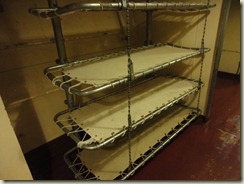 It was amazing to see some “fancy work” still remaining on some of the ladder’s handrails. 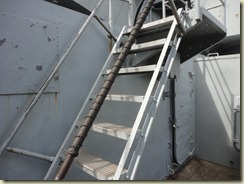 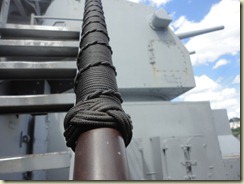 Fancy work is small line wrapped and tied around rails and handles to dress up the ship.  It takes hours to do and often sailors would do it on off duty time.  It is quite an art.  I never did any of that, I’m of the Velcro generation.

An interesting part of the ship is the Fairweather.  It is a shield to deflect waves crashing over the bow around the superstructure of the ship. 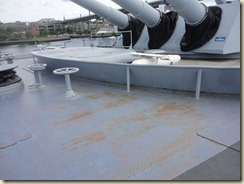 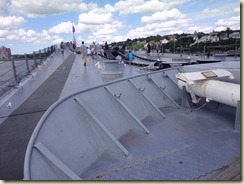 Hard to imaging waves crashing down this distance, but the ocean can be a fearsome place in a storm.  Ask me how I know.

Up on the bridge is the Captain’s chair. 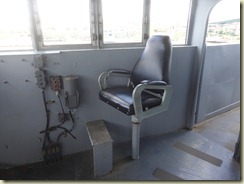 It offered a great view of the ship’s bow. 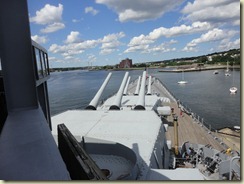 Speaking of the bow, it seems it was the most popular place on the ship, people would go up there and do the “I’m King of the World!” scene from the movie “Titanic”.  I tried and tried to get a shot of people doing it, but I was too slow on the camera. 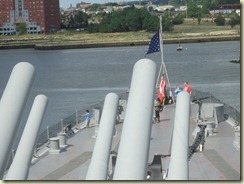 I was glad to see all kinds of tour groups and Cub Scouts visiting the ship, learning about our nation’s history and the men and women who fought for our freedom.  Freedom is too precious to forget the cost. Posted by Paul and Marti Dahl at 6:43 PM