How could we be so close to “Bean Town” and not take advantage of some of the sites?  Since it is a big city, we decided to ditch the car and head in by train, about an hour ride to Boston’s South Station. 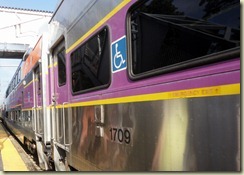 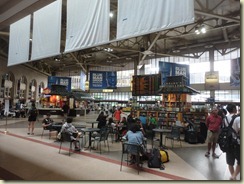 The first thing we did was purchase tickets for a city tour via trolley and a 45 minute boat tour of the harbor.  We caught it right, they had a special price, $20 for unlimited stops and reboarding of the trolley at various stops around the city.  The boat tour was included in the price. :c) 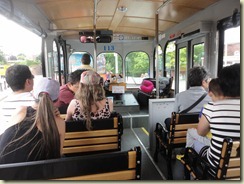 We took the trolley up to meet the tour boat. 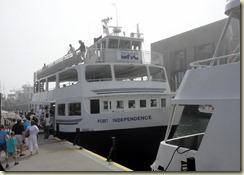 Starting off, there was fog over the harbor, 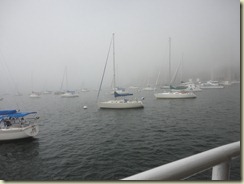 and also over the city, but it began to lift. 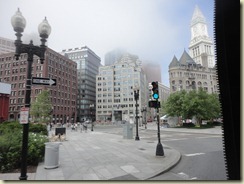 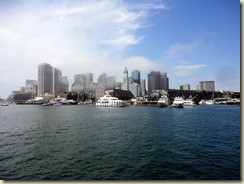 There were many interesting sights to see, including this old, retired Coast Guard lightship that has been converted to a luxury yacht.  I had a chance to tour the inside of the Nantucket a couple of years ago on a trip with the Coast Guard Commandant.  It is really beautiful on the inside.  The best part?  It is for sale, for a mere seven million dollars. 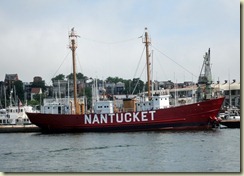 There was the Old North Church where Paul Revere had the “One if by land, two if by sea” lanterns hung.  Despite all the skyscrapers, you can see why he chose the church as a lookout and signal post. 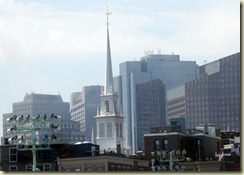 The famous U.S. Navy frigate, the USS Constitution (Old Ironsides) resting at her pier.  She is the oldest commissioned warship in the world, being built in 1787 and won her claim to fame in the War of 1812, but that is for an upcoming post. 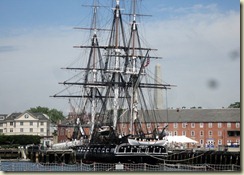 We went past the Coast Guard base and saw some large, 270 foot cutters.  Here is the USCGC Spenser. 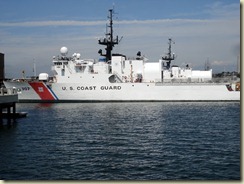 I was surprised to see an old friend visiting Boston from her home port in NYC.  The USCGC Hawser. 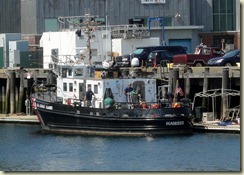 There are many cool condos around the harbor.  For 2.7 million dollars you can have one of these.  For another $50,000, you can also purchase a parking space, for one car. 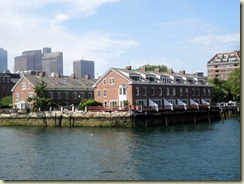 Later we headed up to the North End, Little Italy for some fine Italian cuisine. We were not disappointed.  We enjoyed the small, tight streets, 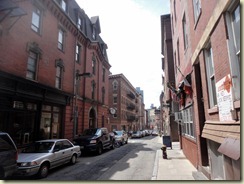 and some of the fine pastries in the bakeries.  (Don’t look Sherry!) 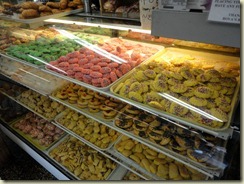 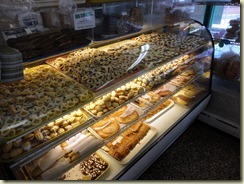 These little guys were pleading with their eyes for me to purchase some of them, but I was strong.  I didn’t buy any of them because they don’t come with a membership to Weight Watchers. 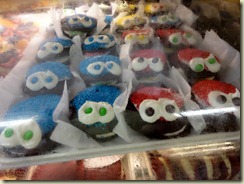 We also strolled by Paul Revere’s statue in front of the Old North Church. 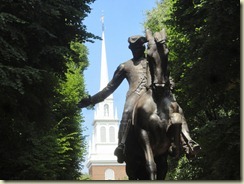 On the front of the church is this large plaque honoring its place in American history. 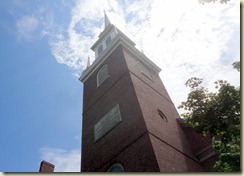 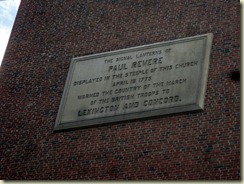 Next post I will answer this question:  “Why are there no ropes on the USS Constitution?” 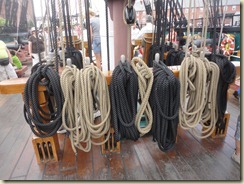 Which brings me to…The End! 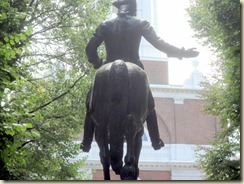 Posted by Paul and Marti Dahl at 8:50 PM