A Detour to our Weekend

With fall starting to come on quickly with the colored leaves and cooler temperatures, our weekend jaunts are getting fewer and fewer.  Won't be too much longer and the Journey will have RV antifreeze filling its water lines and it'll be spending more time in exile (aka: the storage lot).

So with a forecast for terrific weather for this weekend, I brought the Journey home to have it ready for a weekend escape to who-knows-where.  Before we could head out, we had an item to take care of.

We have a wonderful neighbor and friend across the street, Jay, who has been an Air Force reservist for almost 20 years after his initial  active duty enlistment.  He has been an active member of our local American Legion and we've spent many a happy hour talking about our respective services.

Today we attended a promotion ceremony for Jay, he has been promoted to the top of the Air Force's enlisted ranks, Chief Master Sergeant (E-9), a well deserved promotion for a talented and dedicated serviceman.

The ceremony was held at the National Reconnaissance Office (NRO) where Jay serves on his reserve duty.  I've attended many promotion ceremonies and this was one of the nicest I've ever been to.

We enjoyed the ceremony and stayed a lot later than we intended.  Because the NRO is a very high security complex, we had to be escorted in and out.  We had to wait a while before we were able to find an escort to bring us out of the area.

So we decided, after arriving home and it was already dark, to hold off leaving tonight and head out tomorrow morning.  The ceremony may have cut into our weekend, but we wanted to honor our friend Jay on his achievement, a couple hours of our time to respect his lifetime of service to our country. 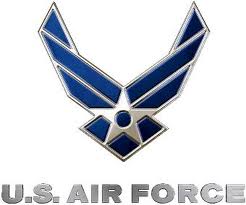 Posted by Paul and Marti Dahl at 8:51 PM