A Thanksgiving Adventure - Can You Go Home Again?

This year, a large part of my family was going to my Dad's house in North Western New Jersey for Thanksgiving.  Living just outside of Washington, DC in Northern VA, we faced a long trip, about 5 hours.  In perfect weather.  In summer.  Not November.

Marti and I left early Thanksgiving morning, driving our Honda Element, we decided not to take the Journey on this journey.  With Zoe the Wonder Dog riding in her favorite place (in back) we headed out hoping to arrive in plenty of time to visit   before the meal was served.  Everything was going according to plan.

Then we hit the mountains of Pennsylvania and got caught in this: 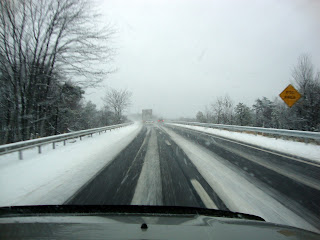 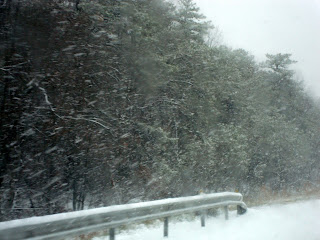 As pretty as it was, it slowed us way down and we fell behind schedule.  Cars in a bigger rush than we were found themselves sliding off the road into ditches.  Yes, speed can do you in if you're not careful.
Even though it was only a couple of inches, we were very careful and glad to have the four wheel drive of the Element. 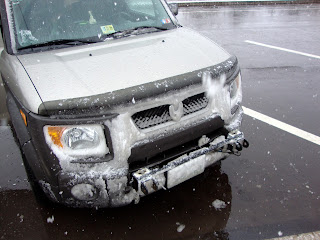 We finally came down out of the mountains to just rain and made it to the dinner with a little time to spare.  Hopefully, we won't be anywhere near snow next year!
Before we knew it, dinner was served and we were ready to dig into some turkey. 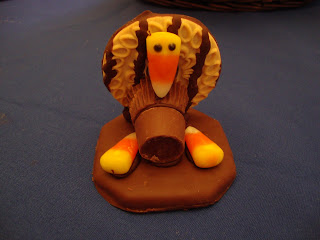 Actually, this was one of the place settings my sister made.  Too cute to eat.
But eat we did and after a wonderful day together,  we left my Dad's and drove over to spend the weekend with our son Corey and DIL Amanda.  They live near the Jersey shore, close to where I was stationed in the Coast Guard at Sandy Hook, NJ.  We lived there for 11 years (1987-1998) and my kids still remember it as home and great place to grow up.
We planned to visit the base Saturday.  But first Marti and I had to spend some time with our "granddogs".  Corey and Amanda have two dogs,  Madison, a perfect lap dog. 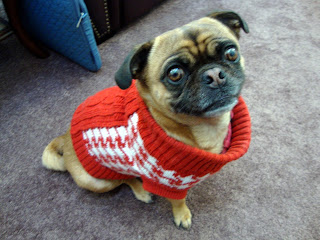 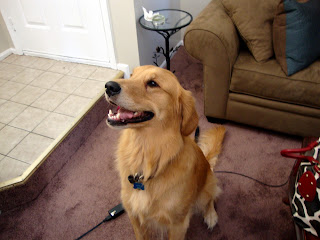 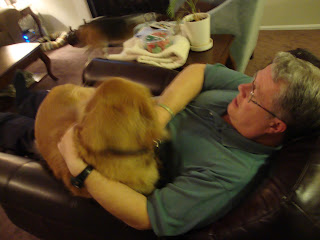 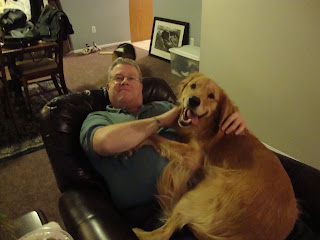 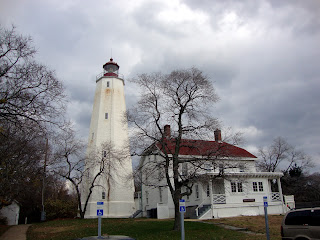