My Dad, Mel, was an avid motorcycle rider, having ridden Harleys and Indians before WWII, Harleys during the war and many years afterward.  Somewhere along the way kids (6!) got in the way and his two wheeled escapades went on hold.  In 1968, Dad scratched the itch again and bought an SS125 Honda motorcycle, with all mighty 8 horsepower, and began riding again, this time with various sons, daughter and wife along at various times.

The motorcycle bug bit hard in the family and soon there were always a couple of bikes in the garage that my brothers Dave, Gordy and I owned, as well as Dad.  We often went on rides together with Dad and usually had a couple of friends with their motorcycles tagging along.  We called ourselves Mel's Angels", a play on words from another slightly less friendly motorcycle club.

As Dad got older, his riding days grew to a close, but he was always ready to hop on the back of one of our motorcycles and enjoy the freedom and fresh air with us.

Dad passed away peacefully in December 2019, just two weeks after his 98th birthday.  I'm sure he now is riding his heavenly motorcycle around the Pearly Gates.

This July, Dave, Gordy and I, along with good friend Danny met up in Roanoke, VA for a week long adventure riding the back roads of Virginia and West Virginia.  My sad attempt at a group selfie cut Dave in half. 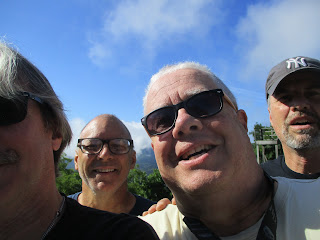 We had our mighty steeds ready to take us on our adventure, Dave and Gordy on their Harleys, my Honda and Danny's Yamaha. 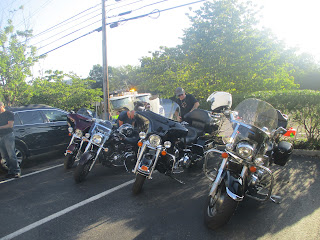 Each morning we started out our day with breakfast and plans to see which roads we wanted to ride. 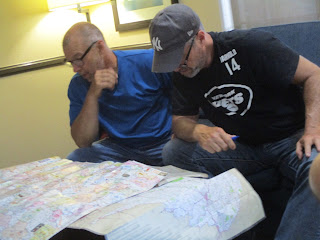 Sometimes we got so lost we had to stop and ask for directions. 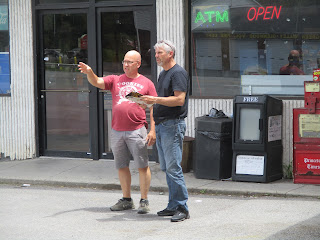 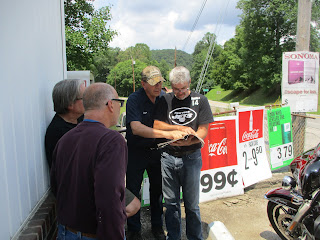 Even with the best directions, sometimes it seemed we didn't know which way we were going. 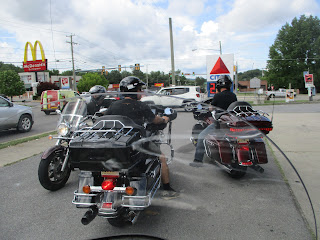 But we finally would get going and ride some beautiful roads. 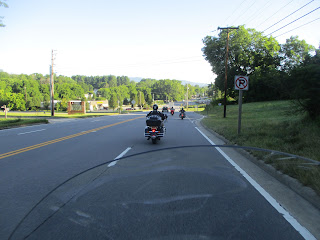 Often early in the morning the mountains were clothed in fog, hiding the views. 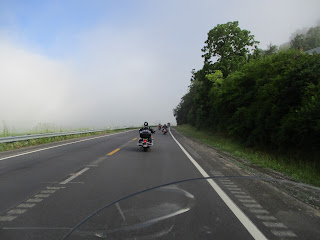 Once the sun burned off the fog, the views were amazing. 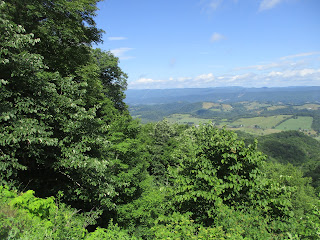 We stopped often to take in the scenery and let the blood reflow in our butts from the motorcycle seats. I'm glad to be retired so I didn't have to check in with work like Gordy and Danny did at each riding break. 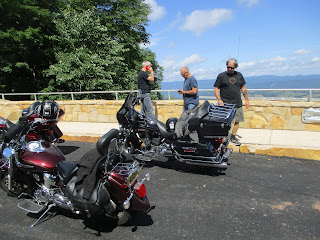 At the country store in Wytheville, VA, there was a tower that you could go up in to see the views.  Not me, I always prefer sea level whenever possible. 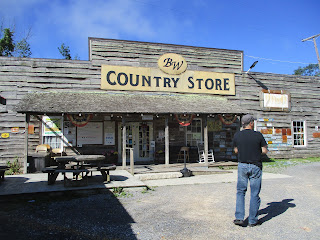 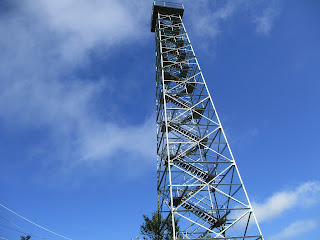 I always like to be prepared as possible, so I brought along a selection of tools and assorted repair items.  The guys teased me about it at first, but they ended up using my tools at various times. 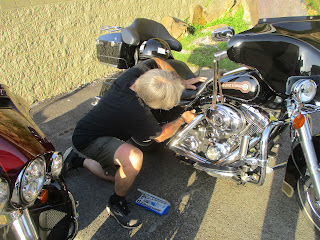 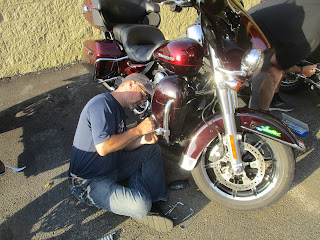 I found something that I haven't seen in years.  I couldn't resist buying it and enjoying it. 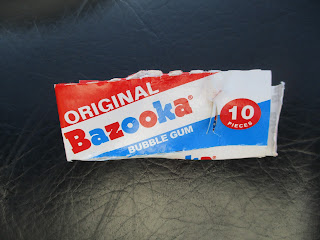 Note to self:  Blowing gum bubbles while riding a motorcycle at 60 mph is not the smartest idea.

We spent a lot of time cleaning and polishing the bikes at the end of the day. 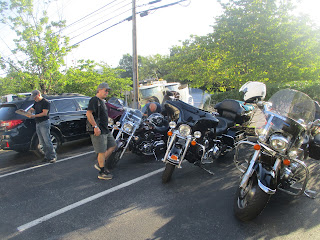 Then it happened.  Gordy's bike acted up and gave all kinds of warning dash lights indicating the engine was malfunctioning.  After looking for something simple, it was decided we needed a higher level of help. 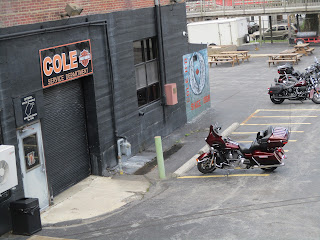 The Harley dealer was able to get Gordy's bike in right away, but it was going to be a long while to fix the problem.  Thankfully this occurred the last day, so I headed back south to home in South Carolina and the others home to New Jersey once the repairs ($300) were completed.
It was only a five hour trip to my house.  Of course, I hit massive traffic jams and got home after eight (!) hours safe and sound, baked and soggy from the humidity and the rain storms I ran in to.  I do love riding my motorcycle, no matter what.
So we're already talking about next year's ride.  Maine?  Nova Scotia?  Loop around the Great Lakes?  Good thing we have a year to plan!  😁
Posted by Paul and Marti Dahl at 3:35 PM 8 comments: