Making Good Use Of Unexpected Downtime

We allowed ourselves one day to pack everything up to get ready to hit the road and a couple of hours to replace the defective wiring harness in the Journey's dashboard.  We loaded the motorcycle in a U-Haul trailer last night, and plan on Marti following me in the Element for this one trip down to South Carolina from NJ.

I opened the parts package and found instead of a one piece harness the same as the original (like a string of Christmas lights), there were 8 jumper wires, with three of them having a diode on them.  Uh oh, which goes where?   I called the Freightliner support line and talked with a tech rep.  Bottom line, I was sent the wrong wires.  At this point, I'm going to wait until my November service appointment at Freightliner of Gaffney, SC and have them do it.  So much for a DIY fix.  Another trip with the radio turned up loud to drown out the alarm.   :c(

So as not to waste the new found time, I'm putting up some pictures of our Norwegian Cruise.  We made three stops after leaving New York City, Port Canaveral, FL, Stirrup Cay (their private island) and Nassau, Bahamas.

Our ship, the Norwegian Gem. 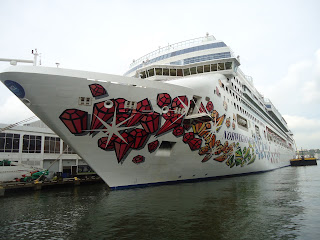 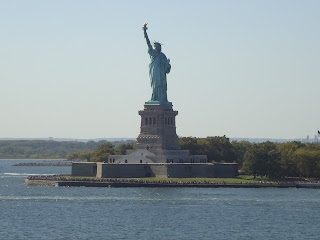 My dad found the food much to his liking, especially the ice cream.  It brought the kid out in him. 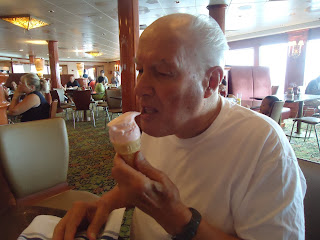 At our stop in Port Canaveral, FL, we took an airboat ride excursion on the St. Johns River.  It was very interesting. 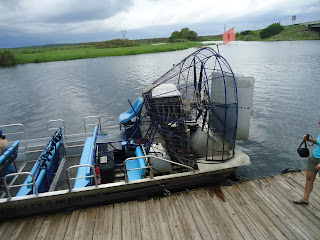 There is a lot of controversy about the noise of airboats, but we got to go places that were absolutely unreachable by any other means.  One place was a Cypress forest.  The boat operator shut down the engine and spent quite a few minutes talking about how the trees live. 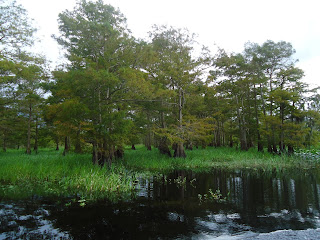 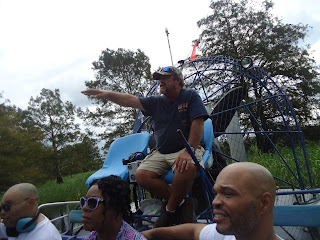 Unfortunately, a heavy rain and lightning storm cut our ride short.  I was glad we returned to the dock, safe from lightning strikes, but pretty wet.   It didn't stop the fun, though because a lady from an animal rescue facility brought some animals that were rescued from careless owners and gave an interesting talk about them.

My dad even made friends with one of them.  Thankfully, he decided not to bring it home... 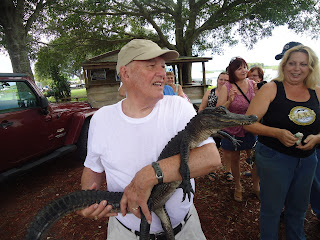 Back at sea, we next landed at Stirrup Cay, where NCL has a private island.  Because of the shallow water, we had to tender to shore from the anchored Gem. 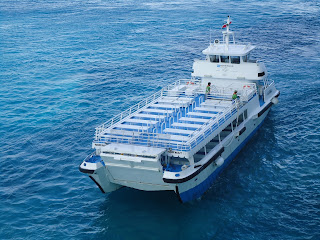 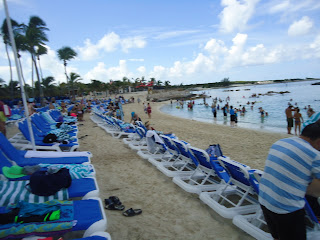 After several hours of soaking in the wonderfully warm water, sunning and of course eating, we returned to the ship early.  Then we were in for a surprise, where we had a front row seat. 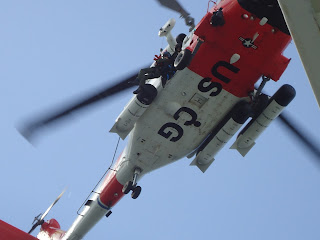 A passenger on the ship fell critically ill and had to airlifted to a hospital.  A Coast Guard Jay Hawk (sister craft to the Army's Black Hawk) flew out the one hundred miles from CG Air Station Miami to pick up the passenger and take them to a hospital.  It brought back a lot of memories for me having done quite a few of these rescues during my career.  My dad, Marti and her sister Gail were thrilled to see the action.  I was happy to see the Coast Guard is still in good hands without me.  :c)
Next stop was Nassau, Bahamas.  We pulled in to a pier right across from Mick Jagger's house.  Seems lots of stars own homes there, Michael Jordan, Oprah, Nickolas Cage, Chuck Norris, just to name a few. 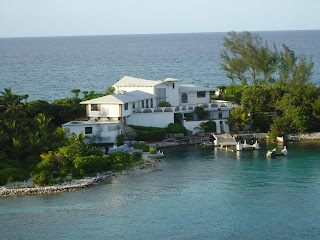 We watched a variety of ships and boats sail past us into the harbor. 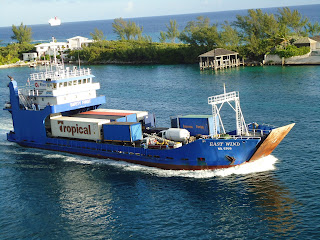 We took a glass bottomed tour boat out to one of the protected reefs to view the underwater sights. 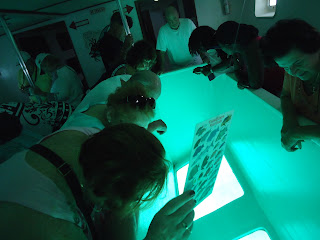 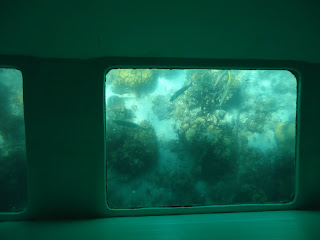 There were six cruise ships in port that day.  I guess there were a few bucks thrown into the Bahamian economy. 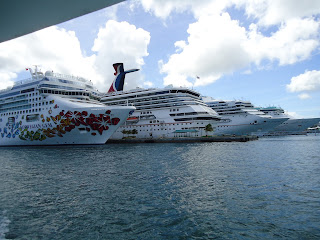 That evening, we pulled out of the harbor to head home, passing a picturesque light house at the harbor entrance. 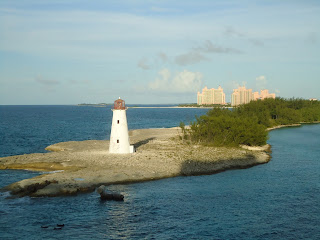 Two days sailing and we arrived back in New York, coming in just at sunrise.  The sun's rays reflected off the skyscraper's windows making the city look magical.  A moment we'll not soon forget. 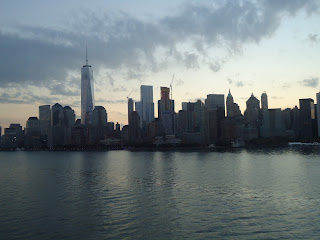 We had a great time together, my dad said he enjoyed this cruise much better than his last one in 1944 across the Pacific on a transport full of soldiers.  Go figure.   ;c)
This is the third cruise Marti and I have taken this year, the first on Disney, the second on Royal Caribbean and now Norwegian (NCL).  NCL was good, but they were lacking in good food and good service in the dining rooms.  NCL touts "Free Style" cruising where you can eat at any restaurant at any time.  Since all the servers and stateroom attendants are paid by a $13.50 per passenger per day charge, they have no motivation to provide good service.  The other cruise lines have structured meals and you get the same servers at each meal.  Even thought those servers also are paid by a daily charge, they are motivated to get to know you and go out of their way to please you.  At the end of the cruise, you can give them a cash tip if you so desire and we did, they really earned it.
We were disappointed in the quality of the evening entertainment.  It was a bit on the cheesy side and one comedy show, called "family friendly", we walked out on, it was way too course for our tastes.
Would we do another cruise on NCL?  Probably not.  We are going on another cruise the end of January 2016 (just Marti and I) with Disney.  A bit more expensive, but you get top shelf of everything with them.  We're looking forward to it.  Seems to be a pattern here...   ;c)
Thanks for visiting and feel free to leave a comment.

Posted by Paul and Marti Dahl at 4:32 PM