I Bought An Indian

Instead of eating breakfast at our rented house, we rode downtown in Eureka Springs to a highly recommended restaurant. 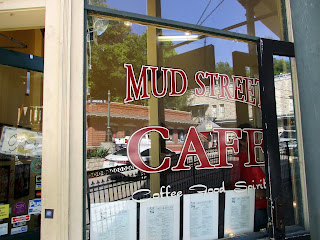 The eatery was actually down in the basement of the building,well down below street level.  It was decorated in early hippie colors.  It was quite nicely done and no, they didn't serve mud, but did a great job on bacon and eggs. 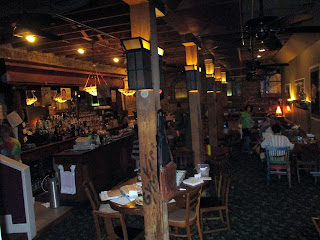 After breakfast we walked up the stairs to street level again to start our day's ride.  The streets were deserted, sort of like many campgrounds after a weekend. 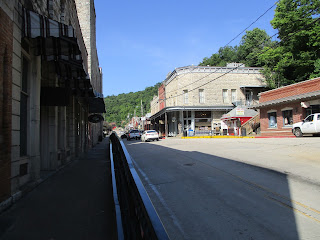 Across the street there was a larger than life sized Humpty Dumpty sitting on a wall.  I hope he was careful because I didn't see any King's horse or King's men anywhere around. 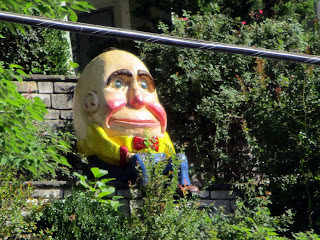 A nice mural of Eureka Springs history adorned the wall of the building next to where we parked. 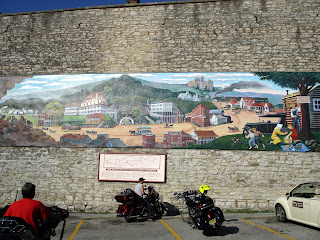 Off we went riding more of the great roads in Arkansas and later Missouri, too.  Somehow, we ended up stopping at an Indian Motorcycle dealership.  Silly me, I should have recognized the danger I placed myself in.

They had many beautiful motorcycles on display. 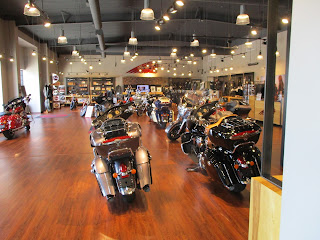 Some were antiques nicely displayed, but not for sale. 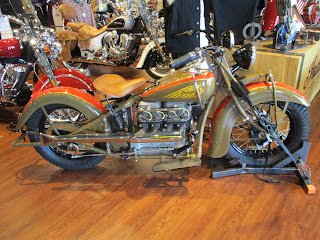 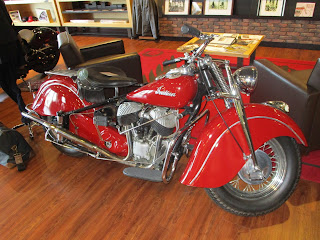 Then it happened. At the end of one of the rows of bikes, there it was.  THE Indian I've always wanted, the "Soul Mate" of motorcycles for me.  It was irresistible and I had to have it! 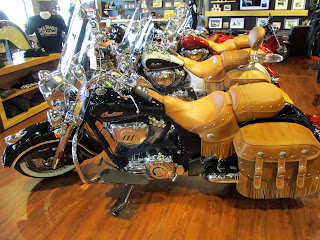 Then I looked at the price tag, I whimped out and bought this Indian instead. 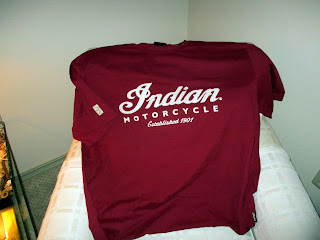 Something slightly more in my price range.

Later, after a very hot day riding, we stopped at an ice cream store, 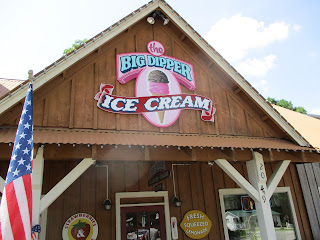 where I was able to drown my sorrows over the Indian motorcycle in a root beer float. 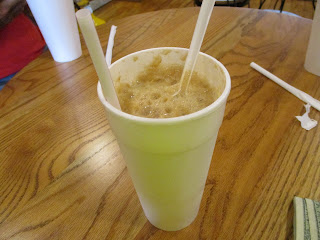