We Saw A Real Ghost–Honest!

That’s not just a catchy post title, we really did see a ghost.  I never would have believed it if I had not seen it with my own eyes!  Read on.

We’ve been having a great time with the boys at the Pirateland campground.  There is so much to do, so while Marti was at her seminars in the mornings, the boys and I headed over to the pool, 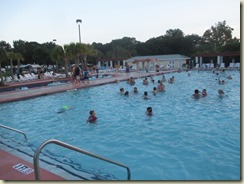 and the Lazy River, where we drifted along on tubes. 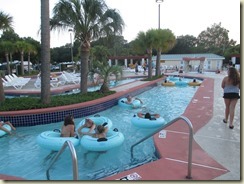 I had a great time with the boys.  Sort of sad that Marti missed out, but by Thursday she finished her last class. 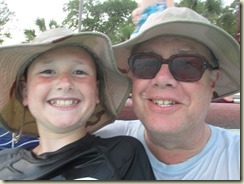 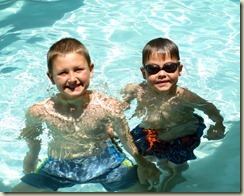 Owie is fascinated by Alligators.  Fortunately in Myrtle Beach, they have this really excellent attraction, Alligator Adventure.

It is 15 acres of alligators of every shape and size. 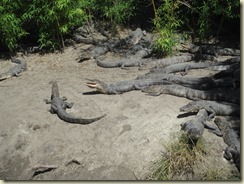 There were little ones and big ones.  And to show the difference between gators and crocodiles, they had a couple of crocs to see.  One was huge! 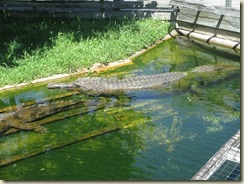 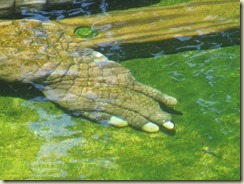 There was an unusual gator there, one born with no tail.  Tail-less gators are the most common birth defect, and it is a death sentence as those poor gators have no chance of survival.  This tail-less gator was lucky to be raised in this facility.  Its name?  “Bob”. 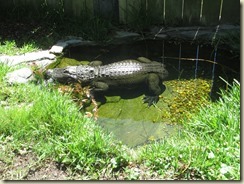 At one of the shows, the boys got to touch an albino king snake, 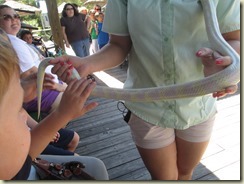 as well as a little gator. 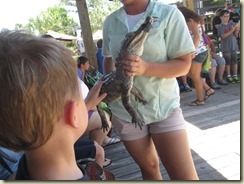 There were other kinds of reptiles there, turtles were everywhere. 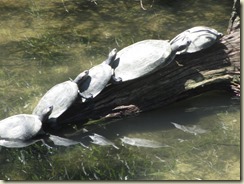 In the snake house, they had an amazing collection of snakes.  Cobras, Black Mambas, Fer’ De Lances, Anacondas and even some Rattlesnakes.  We were glad they were behind thick glass! 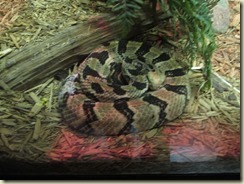 But then, we saw it!  An honest to goodness Ghost!  Actually, there were two! 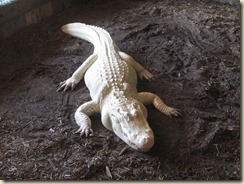 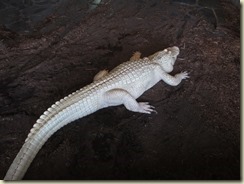 Albino Alligators!  There are only seven know to exist in the whole world and they all live here.  Legend has it that these gators are know as the “Ghost of the Bayou” and if you see one, your death is imminent.

I don’t know if it’s true or not, but one look at those ghostly eyeballs sent shivers down my spine! 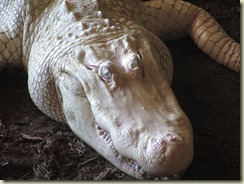 All in all, a great day, we all had a great time and learned a lot, not just the boys.  The boys didn’t really want to leave.  I’m so pleased that they are plugged into nature. 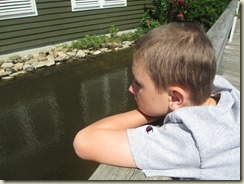 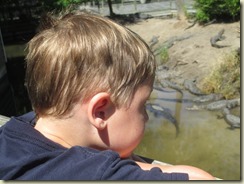 But we had to leave, we were saving up a big surprise for the end of the week.  What was it?  Stay tuned! 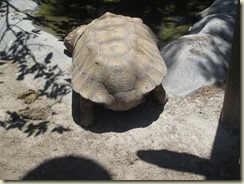 Posted by Paul and Marti Dahl at 8:27 PM