Not All Who Wander Are Lost

For us it was just the opposite.  We got lost.  Really lost.  In Kansas.  Lost so bad that we were even looking for a handy tornado, just to get us out of the state. Hey, it worked for Dorothy and Toto...

It all started as a nice day of driving.  The interstate was not busy at all, probably everybody was off celebrating Independence Day.  Oh yeah, hope you had a happy Fourth.

We laughed as we passed some bikers riding down the interstate...on the shoulder.  Maybe they lost their lane?  We laughed too soon. 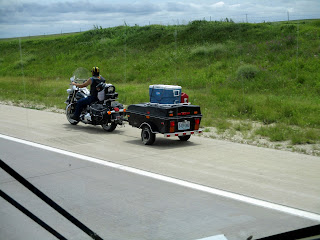 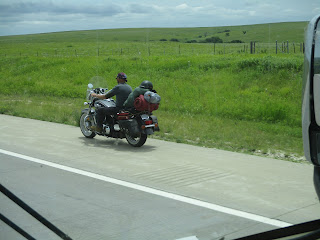 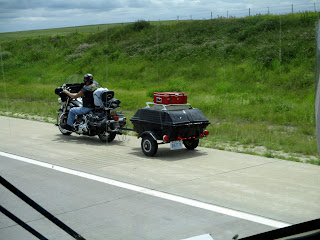 When we left California, we had to go over a bridge.  The bridge has a $5 per car toll.  When we drove over it, towing the Element, we got hit  a $20 toll.  Not $10, they charged us like a truck by axles.  If we had known that in advance, we'd have disconnected the car before the bridge and saved ten bucks.

With the stinging $20 toll in our minds we saw ahead that the interstate by a major city turned into a toll road.  Not gonna happen to us, we're going to take the beltway around the city and avoid paying.

Now sooner had we turned off onto the beltway we saw another sign:  Toll Ahead.  Un-uh.  Not going to happen.  We're going to turn off at the next exit and find a different way to go.

Of course, the GPS told us the next exit was 25 miles away, so we were stuck on this toll road.  After driving the whole distance to the exit, with my teeth being ground down to nubs after I realized I only had $35 cash in my wallet (debit cards are so handy) we pulled up to the toll both.

$4.75.  Wow!  We got off cheap.  Now to find our way back to the interstate.  Except the only road we were now on was going through the countryside and was going Southwest.  We needed to go East! 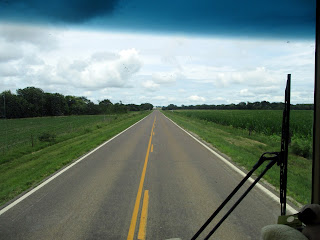 Thankfully, there was water available so we wouldn't die of thirst if we never found our way back to the Eastbound interstate. 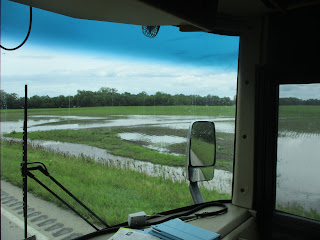 All the little towns we ended up transiting were empty, folks were enjoying their day. 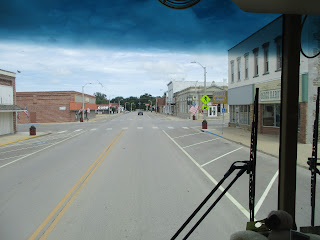 Finally we found the interstate.  In the right direction, too. 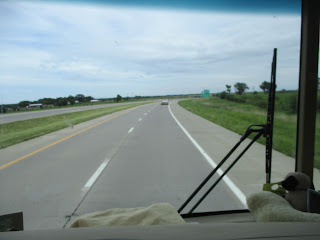 Sometimes, no matter how much I look up, I still find myself in another self induced adventure!  ;c)