While being stuck in one place for an extended time, I took a look around to see if there are any museums to check out.  I found one close by, the South Carolina Confederate Relic Room and Military Museum in Columbia, South Carolina. 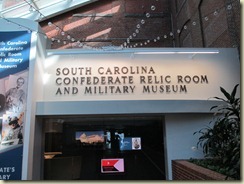 It is a small museum with only a $5 admission fee, but it was well worth it.  The collection is geared toward items that were related to use by South Carolinians in the Civil War.

The museum is located in an old building that was interesting by itself.  The rounded ceiling construction, built with large flat bricks was fascinating.  You don’t see craftsmanship like this anymore. 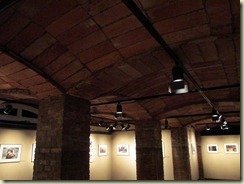 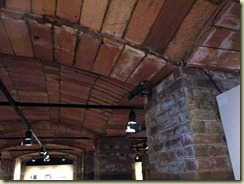 There were many guns in the collection, including this LeMat  revolver, that shot a regular ball from the top barrel and a shotgun shell from the bottom barrel. 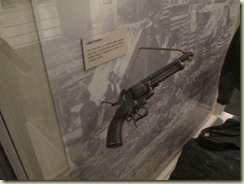 A single shot Derringer just like this was used by John Wilkes Booth to assassinate Lincoln. 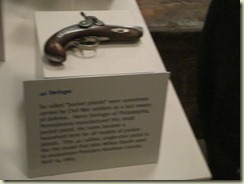 There was a nice collection of battle flags used by South Carolina regiments.  Flags like these are worth hundreds of thousands of dollars today. 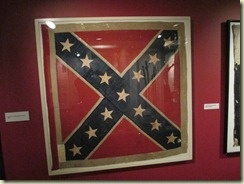 The Confederate States issued their own currency.  Even though the bills were printed, each individual bill had to be hand signed by a treasury official. 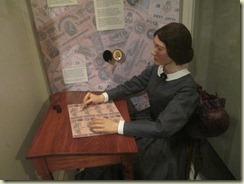 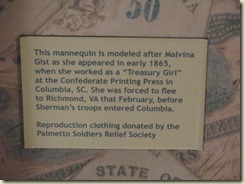 Medical treatment of the wounded was primitive at best.  Surgeons carried a collection of instruments in boxes like this. 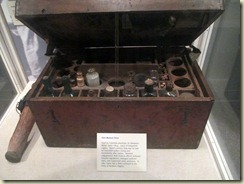 There was a display on Union soldiers who were former slaves.  There was a battle flag on display that was carried by one of these regiments that fought in battles in South Carolina.  It is in pieces because it was cut up end of the war and pieces were given to regiment members as souvenirs of their service. 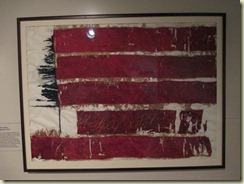 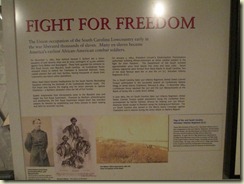 Some nice displays of an everyday Confederate soldier in early Civil War garb.  The blanket draped around the soldier was typical of homemade equipment that was often carried as the South didn’t have a big manufacturing base to equip its men. 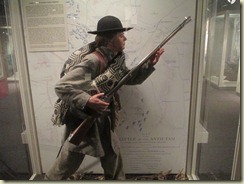 One thing I was glad to see (oops, no picture) was the throngs of students that were in the museum to round out their history classes on the Civil War.  They really seemed to enjoy their visit, almost as much as I did mine.

Posted by Paul and Marti Dahl at 5:28 PM