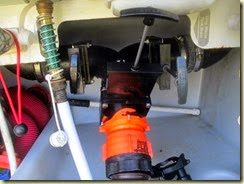 It’s not a pleasant job working on the Journey’s sewer system, but I had to liken it to changing a baby’s diaper.  Heavens knows I’ve changed my fair share raising three kids and helping out on an occasional grandkid’s diaper change.

Still, I did do a serious flush of the black tank with the Journey’s installed flush system. 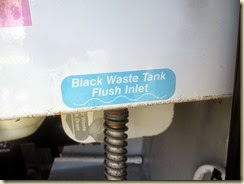 I decided to replace both the black and grey tank valves at the same time.  Closer inspection showed the rubber pipe connections were cracking, so I bought two new ones to install at the same time. 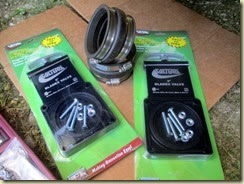 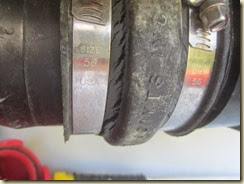 I used a marker to mark where the rubber connectors fit so I’d get the new ones back in the same place. 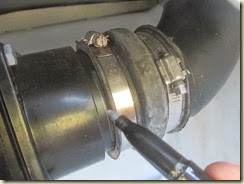 I took out the four bolts one each of the two valves, 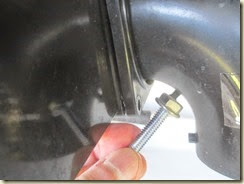 and removed the hose clamps from the rubber hoses.  You can really see how badly they were cracked. 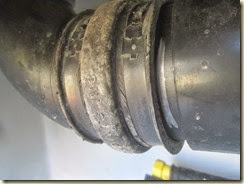 Then I pulled the valves out and the seals (one on each side of the valve). 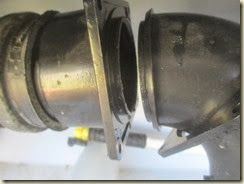 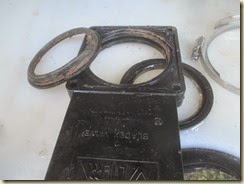 Inspecting the black tank valve seals, I found where the seal had torn from seven years of use.  I think I got my monies worth. 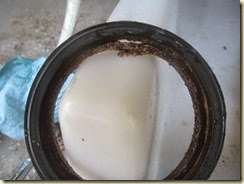 Lastly, I removed the cracked hoses. 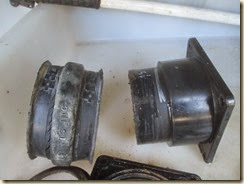 I used some silicone spray on the inside of the new hoses to help them slip on. 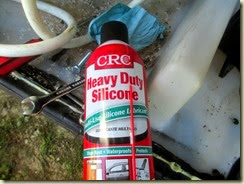 Slipped the new hoses on, leaving the hose clamps loose, 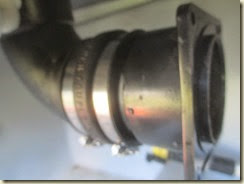 then put the two seals in place. 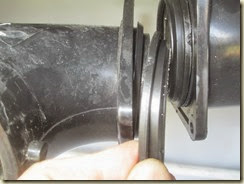 Once the seals were in place, I slid the new valve in and installed the new bolts (finger tight). 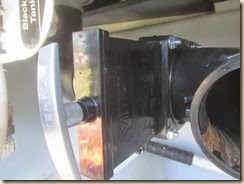 After both the new black and grey tank valves were in place and everything was lined up where it should be, I went around and tightened the bolts and the hose clamps.  It’s best to tighten the bolts a little bit at a time, and tighten one, the on to the next one diagonally across.  This draws everything down evenly and ensures the valves and seals will seat correctly. 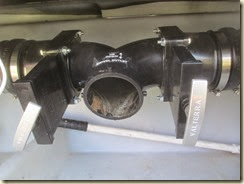 Finally, the “Acid Test”.  I put a bunch of water in both tanks and checked for leaks.  None were found, so I declared the diaper change a success!  :c) 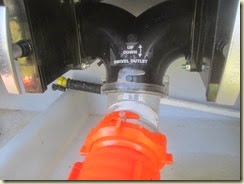 I’d rate this as an easy job, even for a beginner.  It took about an hour (including putting away the tools).  A screwdriver, two 7/16” wrenches and a couple of rags are all that are needed.

Now I have peace of mind that there won’t be any more leaky “diapers”!  :c)

Posted by Paul and Marti Dahl at 4:50 PM