It's hard to take a bad picture in Oregon

One of our two sons, Ryan, lives with his wife Amber and two daughters, Taylor and Kierra, in Astoria, Oregon, where he is stationed in the U.S. Coast Guard.  We drove them there in our motorhome when he transferred from his previous duty station in New York City.

It was a great trip out and will be the subject of a future post.  So for now, we have to fly out there for subsequent visits, and they are too far between and go too fast.

On our last trip, we rented a van and traveled up and down the coast as well as a drive up to Mount St.Helens in Washington State.  Granddaughter Taylor wanted to see a volcano. :c)

Marti and I have a thing for trains and we look for steam train rides wherever we happen to travel.  We found a train that goes up and down the Oregon coast, so we took them all for a ride on the rails on a beautiful sunny day. 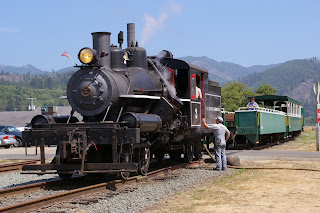 Here the train is taking on water for the steam engine. 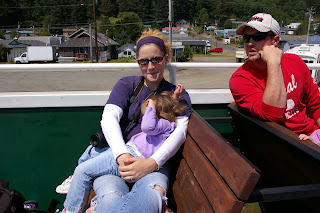 We chose the open car to see the views better. 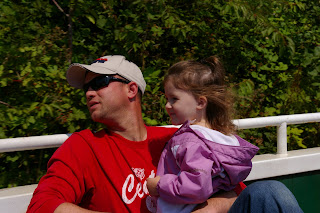 The breeze felt good in the warm sun. 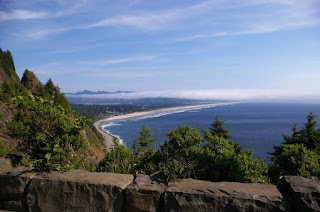 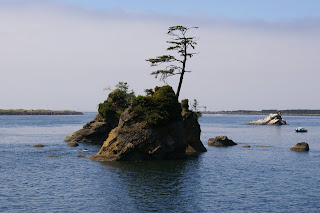 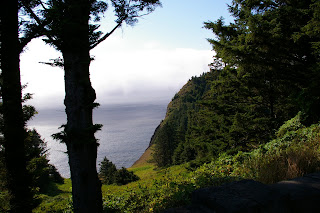 The views were spectacular and the only way I could have messed up the pictures would have been to have left the lens cap on!

We left the train and drove further along the coastal highway and made several stops at scenic overlooks. 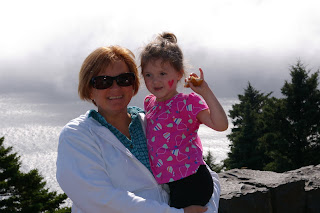 And we had to make the most important stop... 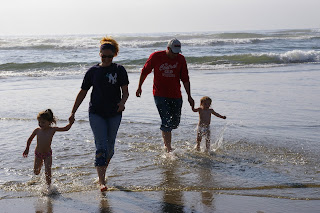 ...testing out the water!
Another day we drove up to Mount St. Helens. 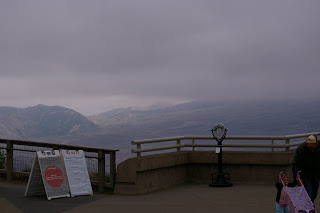 Sadly, it was so overcast, we couldn't see it.  It drizzled a bit while we were there.  Even though the weather didn't cooperate, there were still amazing things to see. 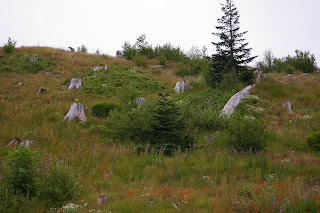 These stumps were all that was left of the deeply wooded mountains after Mount St. Helens blew on 18 May 1980. 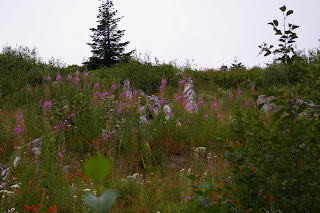 Despite the terrible destruction, nature always finds a way to regenerate.
We look forward to retiring, heading out full timing in our motorhome and spending lots of time visiting the Oregon coast.  Until then, we'll have to settle for short visits and put up with Marti's office always tracking her down with the latest problem that only she can solve!  To quote Howard Payne of RV-Dreams: "Sheesh!" 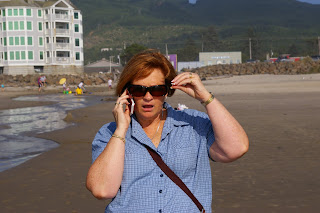 Thanks for visiting.  Please feel free to leave a comment.
Posted by Paul and Marti Dahl at 9:11 PM