Mysterious Lines Appear On Our Lawn

I came home the other day from bringing Marti her lunch (yes I fill up my retirement days doing strange things) and there were these lines painted across our lawn. 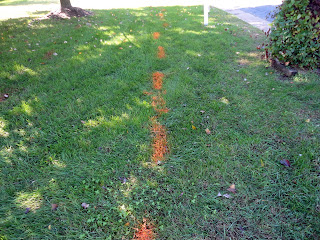 I was curious, made even more so because they were only on our lawn, not any of our neighbor's.
The next day, there were more lines, in different colors. 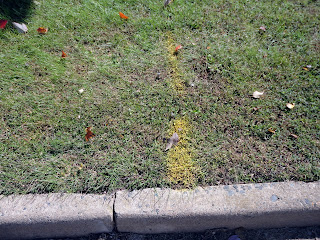 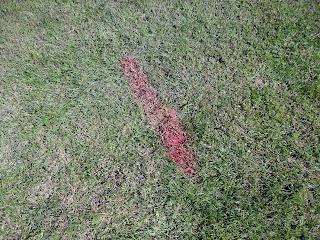 Finally, it became clear what these lines were all about when this appeared. 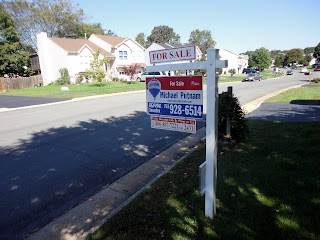 Our realtor had called all the utility companies to mark where their underground lines were, electric, gas and cable before he had the "For Sale" sign installed, taking care to not damage the lines when the hole was dug.
This is just another example of why we're pleased with our new realtor, going the extra mile to take care of little details.  Our previous realtor came and hammered in his sign, right where the electric lines were now marked.  Good thing he didn't go too deep, he would have lit up like Chevy Chase in Christmas Vacation.
Our new realtor told us some horror stories of things that happen to them while trying to sell homes.  His company does not allow their realtors to drive the clients because there have been several frivolous lawsuits filed against the company by clients claiming they were injured by the realtor's poor driving.
He also told us about some unscrupulous realtors that put in high end appliances to show the house and while the closing is going on, workers remove the high end appliances and put in the old, junky ones that originally were in the house in the first place.  Sadly, he said it had happened to him personally, despite a final walk through before closing.
We're feeling very optimistic with our new guy, so far in a week now, we've had four showings and another one today, so we're going to see a movie.  Fingers crossed!
Thanks for visiting and feel free to leave a comment.