Ever since my good friend Sherry hung this moniker on me, it has seemed to get around the RV blogging world.  PDD appears on other people's blogs and I often get emails and comments from folks asking me what "PDD" means.

PDD is an acronym for Paul Dahl Disorder, meaning that I drive way too many miles in a day in our Journey.

I think a little history is needed to explain how I came down with this "malady".  All my working life, I've had to travel some distances to get to work.  Only twice in my career was I close enough to walk to work, the rest of my career I put either some serious miles or time in cars getting to the job.
I did one tour in Governors Island, NY (an island in New York Harbor where the Coast Guard had a base) where I had to drive 56 miles one way into the New York City, then catch a ferry to the island.  I read a lot of books during those travel days, usually went through a book a week just sitting in traffic in the Holland Tunnel.
My last tour I traveled 165 miles to work (one way) every day for over three years.  Yes, I know that was nuts, but it was better than selling the house and moving when the housing market was at the bottom of the barrel.  If we had sold the house then, it would have been the end for our fulltime RV life, so the sacrifice was worth it.
So some of this extreme travel has transitioned over to our RV life.  Before I retired, we'd often take trips in our RVs that covered great distances.  One trip we took in 2002 was out west from our Virginia home to the Grand Canyon, Vegas and Carlsbad Caverns, places that Marti had never been to.  We did it in 12 days, because that was all the time we had.  It was a great trip despite the distances we had to drive every day and almost all our pictures were through the windshield.  It was on that trip that I set my all time record for a day's travel:  758 miles.
In later years, it was not uncommon for us to drive several hundred miles on a weekend.  We did a number of trips from Northern Virginia to Disney World in Florida in two days (861 miles).  We wanted to make the most of our limited time at our destination.
In 2008, I drove my son Ryan and his family from Virginia to Astoria, Oregon to his new Coast Guard duty station in twelve days.  Ryan helped with the driving and we actually stopped and saw some things along the way.  My dad flew out to Oregon to ride back with me for the return trip as Marti was working.
Unfortunately, I got a call from my Coast Guard unit that I had to be back earlier that originally planned for an important meeting that had been scheduled.  So PDD kicked in and we covered the distance from the Oregon coast back to my home in Virginia in five and a half days (about 3000 miles).  It just seemed that all I did was put diesel fuel in the tank and drive.  My dad got some great naps in, though. 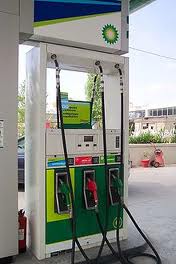 Of course the "important" meeting turned out to be a bust.  Figures.
We started our full time travels in the dead of winter with our destination being back to our  Oregon son's family in  time for Christmas while traveling across the Northern states.  We were going to stop in South Dakota to register our vehicles and get our licenses when our plans changed.  An alternator failure knocked three days off our travel time and we had to kick PDD in again to make it to Oregon in time for Christmas, all the way being chase by or dodging winter weather.
We tend to be destination travelers at this point.  We'll put long travel days in (using Walmarts or Flying Js to overnight) to get where we want to be so we'll have more time to enjoy our stays.  We've found that being retired does not slow down your life, it speeds it up.  Our calender is filling up just like it always had and we wonder how we ever did things when we both were working full time.
Right now, we're slowed down a bit.  We're here in South Carolina for a month, with a car trip North to Pennsylvania mid month for our Coast Guard son's promotion ceremony and party.  We're going to have to hotel it a night each way (yuk) but it is more cost effective than taking the Journey into the colder winter weather.
We may be extending our stay longer due to some medical issues that I'm working with at the Veteran's Hospital here.  Right now I'm at Camping World having the broken awning motor repaired, it is 8 miles from our campground and it felt good to be behind the wheel again.  :c)
Hopefully, this new year will find us not traveling as many miles as last year (18,500).  That calender may be filling up, but the destinations are closer together.  Maybe all those oil companies that earned a windfall profit last year from all the diesel fuel I bought will see a dip in their earnings.
Thanks for visiting and feel free to leave a comment.