One of the sayings in the Coast Guard is you should be training your replacement.  I took it one step further…I fathered mine.  My son Ryan has been in the Coast Guard now for twelve years and I got to partake in another time honored tradition.  I passed on to him my Chief Petty Officer anchors now that he has earned that promotion.

These anchors were mine and I wore them proudly on my uniform.  They proudly adorn Ryan’s uniform now that he is also a Chief. 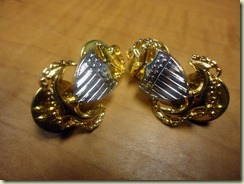 Ryan is stationed in Philadelphia on the USCGC CAPSTAN, an ice breaking harbor tugboat. 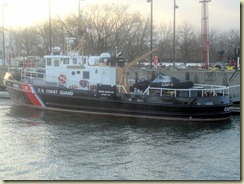 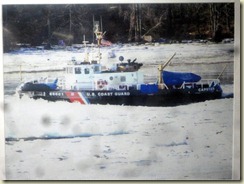 We spent a little time visiting the tug prior to Ryan’s promotion ceremony.  Taylor and Kierra had to try out the helm. 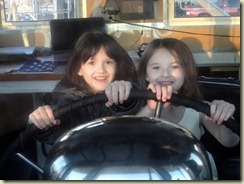 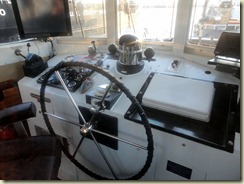 The engine room brought back memories for me.  It has a 500 HP Cat diesel and two Onan generators. 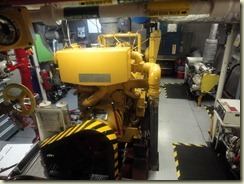 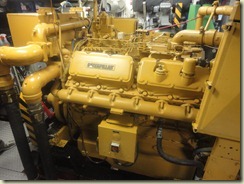 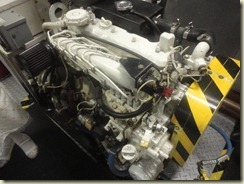 Finally, it was time for the promotion ceremony in the conference room.  Many people were crammed in to see the action. 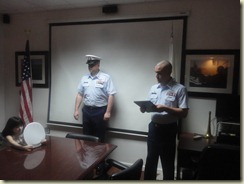 The Officer in Charge of Ryan’s cutter read the promotion certificate.

Then I had a chance to relate the story of my anchors and remember the Chief that had taken me under his wing and mentored me in my career.  He had passed these anchors to me years ago.   I wished Ryan to have the same great success as a Chief Petty Officer as I had. 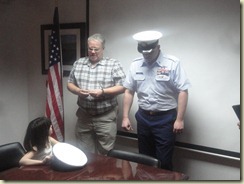 Next, Ryan’s wife, Amber and I placed my anchors onto Ryan’s uniform. 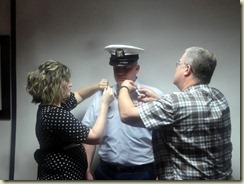 The Chief Petty Officer (E-7) wears a different hat, too than the junior enlisted (E-1 to E-6).  It has an anchor on it instead of the Coast Guard shield. 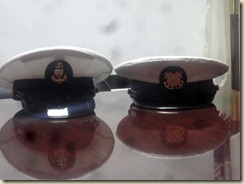 Taylor put the Chief’s hat on her daddy’s head. 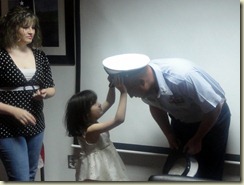 An emotional moment for the new Chief.  (Marti was fighting back tears, too). 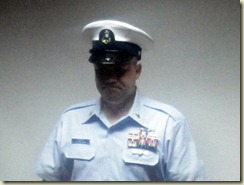 After the ceremony, we had some family pictures taken.  Ryan, Amber, Taylor, Kierra and little Rebekah. A happy Coast Guard family on this special day. 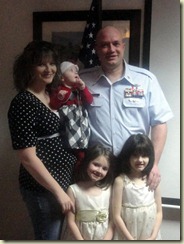 And proud parents of the new Chief. 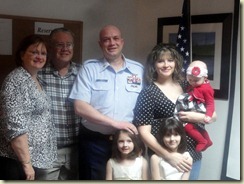 The hat and the promotion certificate. 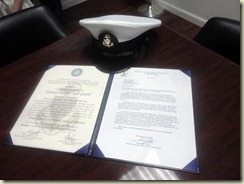 Then next Chief Petty Officer in the family? 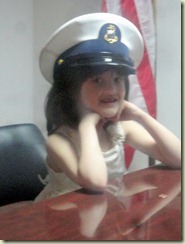