Cruising is so pleasant that the days begin to merge into each other.  Thank goodness the cruise lines have put ports of call into the schedule or one wouldn’t know what day it is.

Our next stop was San Juan, Puerto Rico.  I spent a long period of time on Puerto Rico during my career and fell in love with the island.  During my stay, I wandered all over the island and was amazed at its beauty and variety of climates, from sunny cliff side beaches in the north, mountains and a genuine rainforest through the mid section and desert lands (complete with cacti) to the south.  All this wrapped up on an island no bigger than the state of Connecticut.

I was excited to visit again and show Marti a few of the sights to give her a taste of the island.  Because we only had one short day in port, we chose a tour of new and old San Juan.

Sadly, it was a pretty poor tour. Yes there were some good stops, but the tour didn’t live up to the description it advertised.

We drove in a small bus around the city, which for the most part looked just like any city.  Not too impressive.  We did stop for a brief, 15 minutes at one of the beaches, it was really beautiful. 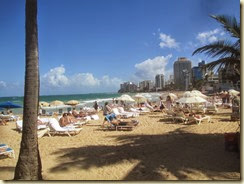 Marti had a great time sticking her feet in the wonderful warm water. 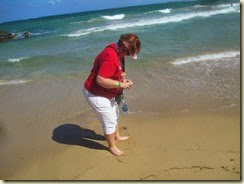 We stopped at the Puerto Rico capitol building, it had a beautiful dome inside and many interesting paintings depicting Puerto Rico’s history. 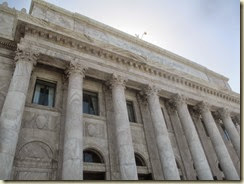 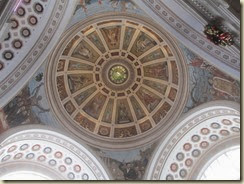 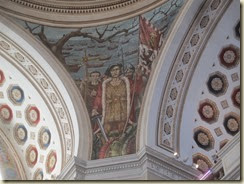 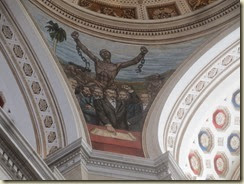 From the capitol building, we moved on to tour the famous Castillo San Cristobal, built by the Spanish starting in 1634 and construction continued until 1783.  It is now a National Historic Site run by the National Park Service. 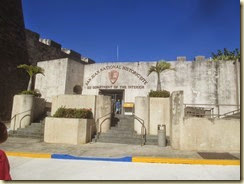 It was an interesting tour, but should have been a stand alone tour.  Since the fort was about five minutes from the ship, many of the folks on the tour bailed out and walked back to the ship.  We started the tour with 23 people and only 11 were left at the end.

There were some terrific views of San Juan and the ocean. 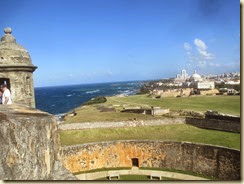 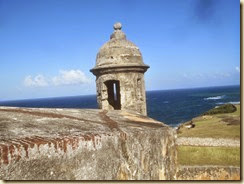 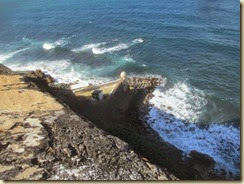 Inside the fort, there was a dungeon, where a captured officer drew pictures on the wall with pieces of charcoal from a torch.  The drawings were dated to the late 1600s and were protected by a glass covering. 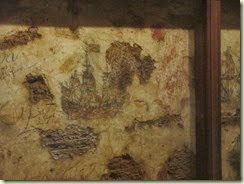 On the lawn of the castle, I finally got a (long range) picture of one of the many iguanas running around.  Too bad this one wasn’t as colorful the iguanas on St. Maarten. 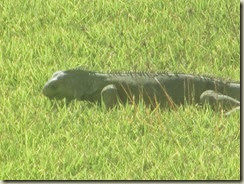 We left the fort and had a fifteen minute block of too short time to wander around the city. 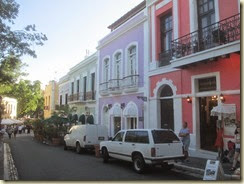 One thing that the Fantasy crew was adamant about was the return time to the ship.  4:45 pm was the time, for the ship would sail without you if you didn’t make it back by then.

Guess what happened next.

Totally the tour guide’s fault, she didn’t keep track of time and due to the massive traffic jam caused by five cruise ships being in port at the same time, 4:45 came and went.  Frantically she made some phone calls and her boss somehow got the ship to wait.  We finally rolled up at about 5pm and were rushed through security to the ship.  Later we found out there was an even later tour bus behind us.  Thankfully, the ship waited for us (and them!).

5:15 pm we undocked and pulled out of the harbor heading for our next destination.  As we headed out, we passed the Coast Guard base where I had spent a lot of time at, even underway on a couple of the patrol boats homeported there.  Good memories. 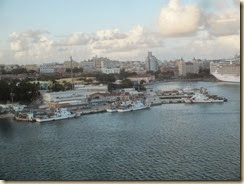 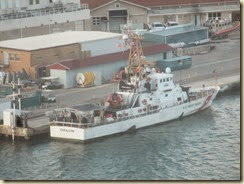 Posted by Paul and Marti Dahl at 2:34 PM