Once again, I found a couple of museums I wanted to visit.  Once again, Marti and Gail left me on my own and went shopping.  Different directions.  :c)

Rhode Island had quite a place in providing support to the military during World War II.  There was a large Navy base in Quonset, RI that did training for Naval aviators, PT boats (remember President John F. Kennedy’s PT 109?) and was the home of the first Navy Seabees (Construction Battalions).
In an old WWII airplane hanger is the Quonset Aviation Museum. 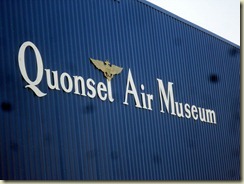 It was not your usual museum, even though it has some really historic aircraft, it is more of a working restoration facility where aircraft are in various stages of being returned to like new status.

Outside there are a few planes on display, like the P-2 Neptune submarine hunter.  The funny looking white thing sticking out from the tail is a device called a Magnetic Anomaly Detector, that could detect metal (submarines) under the surface of the water. 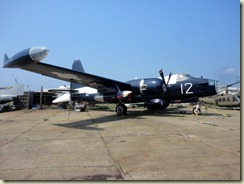 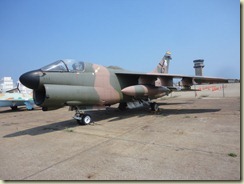 a Harrier STOL (Short Take Off and Landing), 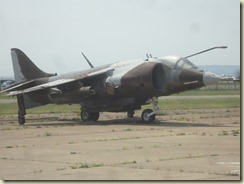 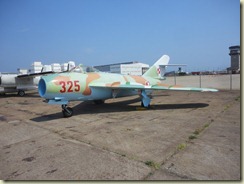 Surrounding the hanger was lots of spare parts and future restoration projects. 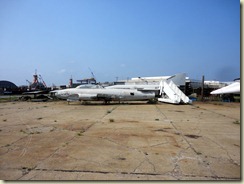 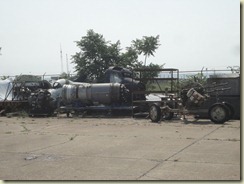 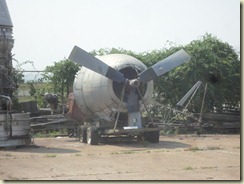 Inside are about a dozen aircraft either fully restored to flying condition like the Skyraider, 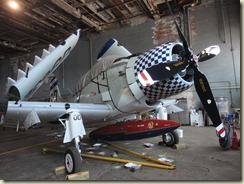 to a TBM torpedo bomber restored to pristine static condition with future plans to get it back to flying condition.  It was pulled out of a Maine forest some years back from where it had crashed. 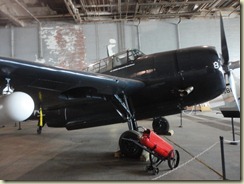 A Grumman Hellcat under restoration after being salvaged off Martha’s Vineyard where it had crashed in 1945. 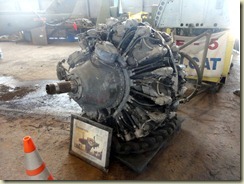 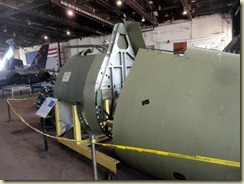 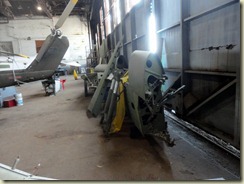 After seeing the results of their restoration work, all done by volunteers, I could easily give them a pass for not being a “Spit-and-Polish” museum.

A few other little interesting things, here is a Link Trainer, a mock up of an airplane cockpit that pilots in training spent hours “piloting” to get the feel of an airplane before they climbed in to a real one.

The idea was for the trainee to make all his (or her) mistakes here instead of in a real aircraft. 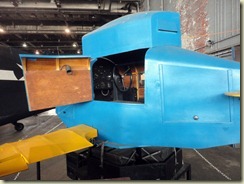 I got a chance to observe some of the volunteers working on a plane.  Very interesting to see, up close and personal.   All in all, worth a stop if you like airplanes more than shopping.

A couple of miles away is the Seabee Memorial and Museum.  It was closed when I got there, a sign on the entrance door said “Back in 10 Minutes”.  After 20 minutes with no one returning, I did a little walk around the locked Quonset huts and left, maybe another try on some other day. 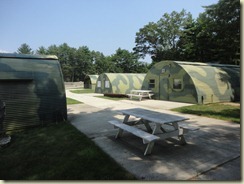 The Seabees, know as Construction Battalions (where the “CB” came from) were created in WWII to provide construction expertise to build runways, port  facilities and other high priority projects to support the war efforts.

Most of the members were older men with construction backgrounds, carpenters, electricians, plumbers, equipment operators, etc. that were able to put their civilian expertise to use.  They also were trained in weapons so they could provide their own security while working near or on the front lines.

They developed a mascot, the Sea Bee. 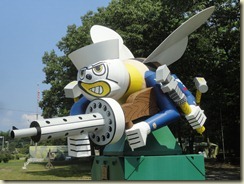 It is holding all the tools of a Seabee’s trade. 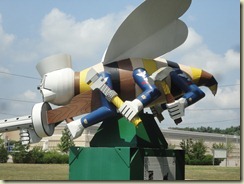 Which brings me to… 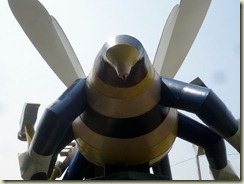