One Turn Too Many

Not too much excitement going on here in South Carolina.  When you’re not rolling down the road, things can get pretty boring.

Of course we did have some visitors, Marti’s sister Gail flew down from Rhode Island to explore South Carolina, seeking to possibly relocate to a state where you don’t have to shovel much snow in the winter.

My dad also stopped by in his shiny Mazda Miata convertible for a short visit.  He certainly is getting a lot of use out of his little sports car, even if rain kept the top up for most of his driving. 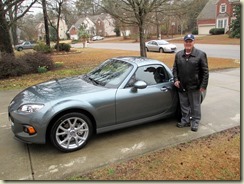 What else?  A movie with the boys (Turbo), cute.

And a project to do at the boy’s house.

Seems one of the bathroom toilets in the house had finally died and was deemed non-repairable. Off to Lowe’s Heather and I went and selected a new unit.  Because SIL Brian has a real job working long hours, I stepped up to do the installation, assisted by my two helpers, Andrew and Owie.  A learning experience for them, too. 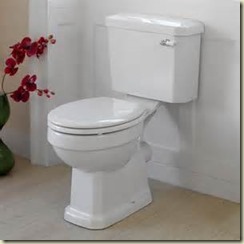 I split the tasks between the boys, one got to loosen one floor bolt, then the other got to do the same thing on the bolt on the other  side, and so on and so on.  We heaved the old toilet off together and drained it into the bathtub.

Opening the box with the new toilet, we assembled the wax ring and placed the toilet bowl over the two floor studs that bolt the toilet to the floor.

Next the tank went on, again sharing the “one-boy-one bolt” turns and got it all in place.  Lastly, the new seat was attached, the water turned on and we had a perfect flush.

I checked all around for leaks and found none and I decided to give the floor mounting nuts one last little turn because I wanted to ensure the boys had tightened them enough.  Using my little 7/16th inch wrench I turned the one side nut a half turn, it was good.  Gave the other side nut a little turn and SNAP!

The stud on the floor broke free.  NUTS!!!  One turn too many.

Off with the new toilet.  Drain into bath tub. Spilled some water on floor.  Cleaned up spilled water.  Inspection of the stud revealed the plastic mounting flange broke.  Okay, I’ll replace that. No big deal.

Nope.  It was glued to the PVC drain pipe.  Uh Oh!

After looking at the problem for a while, I figured out if I drilled holes on either side of the break and put screws in I could re-install the stud and all should be good.  Off to Lowe’s for screws.

I decided to take a look at the floor flanges while I was at Lowe’s just to get an idea if my plan would, in fact, work.  I was surprised to see several different repair kits and plates to fix broken flanges.

How cool.  I bought one and realized I ‘m not the only one to break a toilet mounting flange.  I immediately felt much smarter… 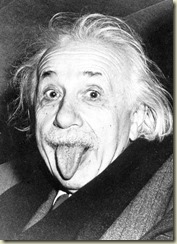 My helpers?  They didn’t help me do the reinstall.  They were having too much fun flying their new spaceship they made out of the box the toilet came in. 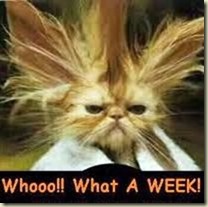