Just not in our Journey, but a boat this time.

We rented a pontoon boat together with Heather and Brian and set out for a day on the water at South Carolina’s Lake Murray. 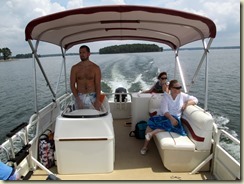 It was nice to just cruise around the lake.  We did some sightseeing, and periodically stopped, anchored and swam around in the water, it was a perfect temperature.  The boys did some skiing on knee boards, too. 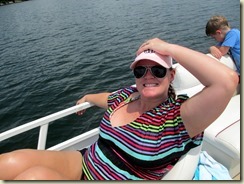 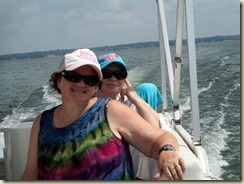 Marti and her sister Gail

There are islands in the lake, this one has a history behind it.  It is called Bomb Island. 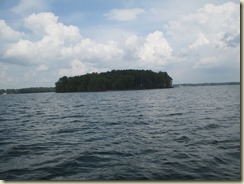 During World War II, Jimmy Doolittle’s airmen practiced their bombing techniques on the island for their 1942 Doolittle Raid, which bombed Japan for the first time in the war. 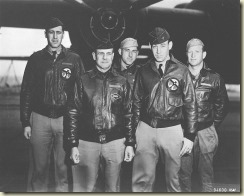 Jimmy Doolittle (second from left) and his crew

They used B-25 Mitchell bombers. 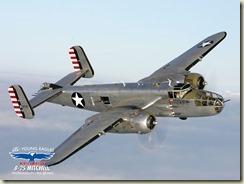 During their training, four B-25s crashed into the lake, with no loss of life.  Three of the planes were salvaged right away, but a fourth was left in the lake because it settled in water nearly 100 feet deep.

In 1995, with modern equipment, the lost plane was recovered nearly intact and now is on display in a museum. 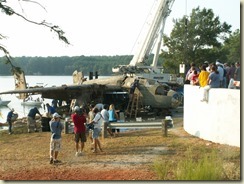 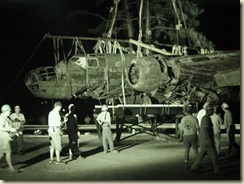 We weren’t bothered by any low flying airplanes.  In fact, it seemed like we had the whole lake to ourselves.  There were hardly any other boats out.

Owie wanted to drive the boat, so daddy Brian gave him instructions on how to do it. 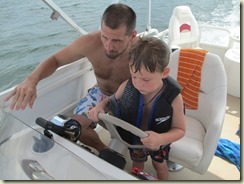 Andrew kept a lookout in the bow. 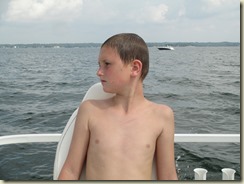 After a while, Owie was able to take control and drive the boat all by himself.  He concentrated really hard and did a great job. 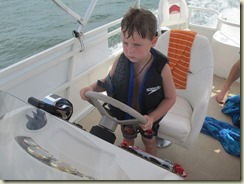 Posted by Paul and Marti Dahl at 1:34 PM