One thing is for sure, nobody at this year’s Carolina Clan gathering went hungry.  Each night we circled around the campfire and had supper together.  From a shrimp boil, 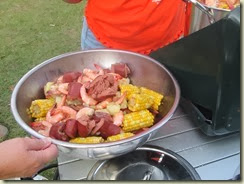 to a pot luck dinner, 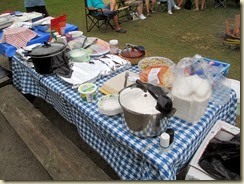 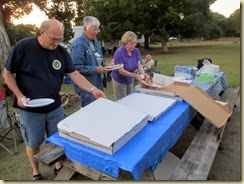 along with a couple of weenie roasts. 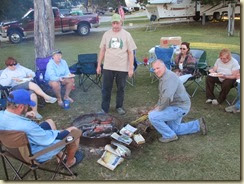 Everyone had a good time chowing down. 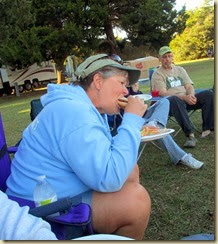 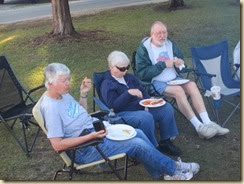 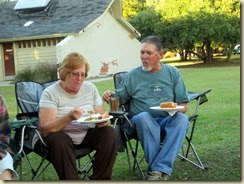 And lets not forget the deserts! 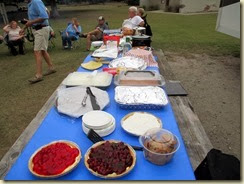 Everyone pitched in and made the meals a great success.  We even tried some new items, like a S’more made in an ice cream cone.  All the ingredients are placed in the cone, then it’s wrapped in aluminum foil 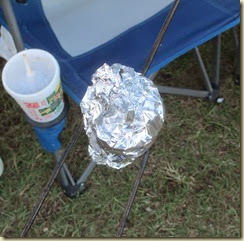 and toasted over the fire. 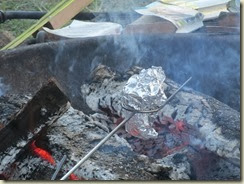 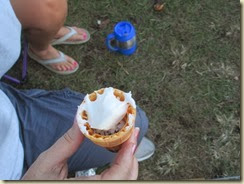 and tastes even better!  :c) 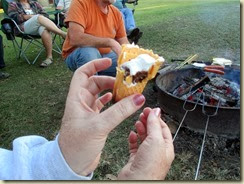 Sunday morning brought an end to the gathering.  Many folks packed up and left.  But some, before leaving, had Howard and Linda weigh their rigs. A few of us watched the process from the sidelines. 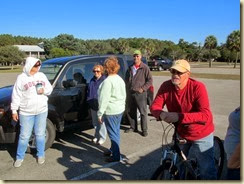 Howard and Linda placed the scales out and had the rigs drive on to them. 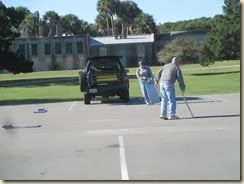 The rigs were eased up on the scales, 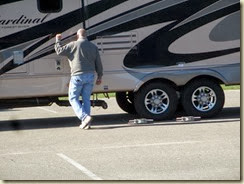 then they recorded the weights. 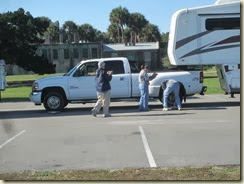 I guess the owners wanted to make sure they were not overweight, after all the food we ate!

Several of us are leaving tomorrow.  Since we were tired of eating around the campfire, what did we do?  We went out to a Chinese Buffet, of course! 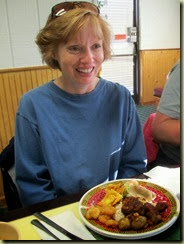 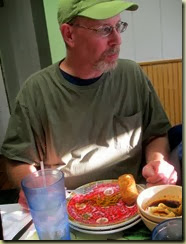 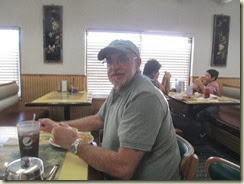 I think we’re going to change the name for the next gathering from the Carolina Clan to the “Supper Club”!  :cD