Workamping: It’s Not All Fun And Games

Yet during our time here at J. Strom Thurmond COEs, we seem to have more than our fair share of fun and games.

The other day, all the rangers and Dam (no “n”) power plant workers invited the COE volunteers to a pre-Thanksgiving Thanksgiving dinner at the reception area inside the Thurmond Dam. 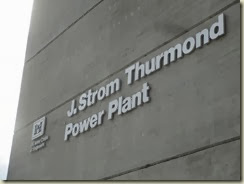 The usual way too much food. 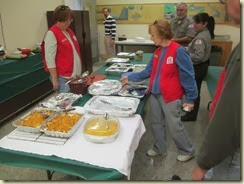 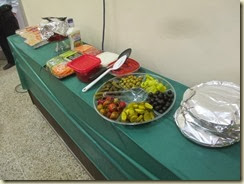 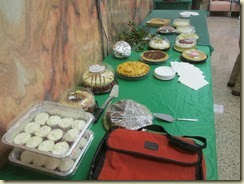 We dug in and had quite a meal. 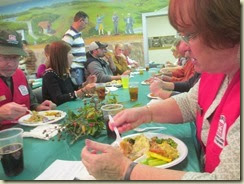 Thankfully, we had Mike with us to help reduce the amount of leftovers.  He can put down some serious food.  Look how fast his hand is forking another mouthful. I wasn’t counting, but he claimed this was this third helping… 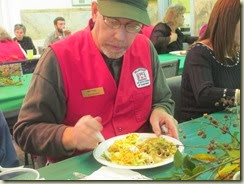 On another day off (we do seem to have lots of them), Mike, Terri, Marti and I went to a nearby town for their Pioneer Days Fair.  There was lots of historical items to see.  I was fascinated by some of the old machinery that was there.  For example, we followed these drive belts to see what they ran. 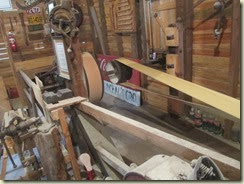 And followed them into the next room, 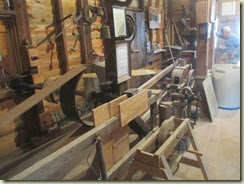 until we got to the machine at the end.  It was a Grits Grinder.  It made cornmeal grits that were sold in the nearby country store. 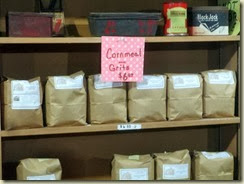 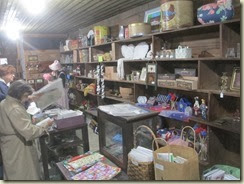 If you folks are not familiar with grits, it’s a Southern dish that is a staple in many homes.  The taste?  Think lumpy, wallpaper paste.  ;c)

There was an orchestra playing good old country music, all the members were dressed in period costumes. 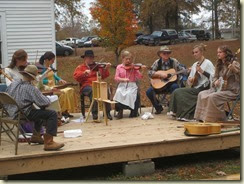 Even the dogs were suitably attired. 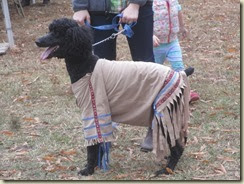 There were lots of interesting crafts for sale, too.  I know in the Bible there are verses talking about beating swords into plowshares.  How about taking the idea to the next level and turn shotguns into lamps?  I think NYC’s Mayor Bloomberg would approve… I’ll have more in my next post, I don’t want to overwhelm anyone’s bandwidth (or make your eyes glaze over).

Posted by Paul and Marti Dahl at 7:37 PM