Keeping Warm In The Cold

Today’s high temperature has already been reached, 44.8F.  By tonight, it’s going to drop about 25 degrees and remain the same nighttime temps for the next three days. 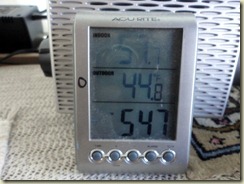 We’re sung as a bug in the proverbial rug in the Journey as long as we have enough propane.  Looking at the gauge on my propane tank, we should have enough to last for tonight, then I’m going to have to switch to the onboard tank, or borrow a tank from my son. 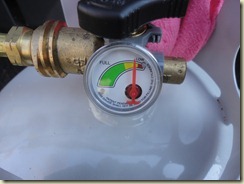 Because we’re on a household electric 20 amp circuit, we can’t use our heat pump, it would draw far more than the 20 amps and trip the house’s circuit breaker.

Plus, the Journey has an enclosed basement, where all the water tanks, water pump and plumbing run. As long as the furnace is running, the spaces are heated by ducts that run down there. With just electric heat, no hot air would get down there and frozen plumbing could occur. Not good! :cO

I have not found a place locally to get my tank refilled, seems that everyone has switched to that swap-a-tank system.  Because my tank has the installed gauge connected to a float inside the tank, I’m not switching it out for a standard tank.

Corey came up with this for me, an early Christmas present. 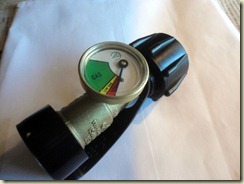 It is a screw on gauge that fits any standard propane tank. 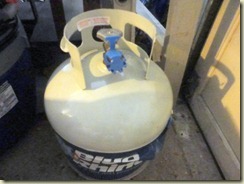 If I had known these things were made, I wouldn’t have bought the tank with the installed gauge.  It would make things simpler.

We’re here in NJ until departure Thursday, then heading down to South Carolina.  An appointment for the broken awning motor at Camping World is set for 3 December, and the good news is I finally have been scheduled for an evaluation appointment with the Veterans Administration Hospital in Columbia, SC on 7 December.  I never thought I’s see the day.

Our plans are to be with Andrew and Owen (and Heather and Brian) for Christmas and in early January drive up to PA in our car to see Ryan’s promotion to Coast Guard Chief Petty Officer.  I’ll watch the anchors that I wore when I was a Chief passed on to him and pinned on his uniform’s collars.  It is a huge milestone in his Coast Guard career. 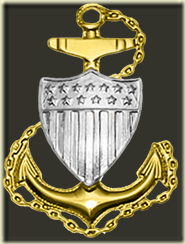 We miss Taylor, Kierra and little Rebekah too much already and can’t wait to see them again. 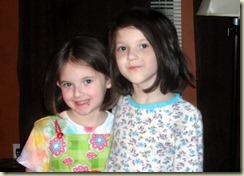 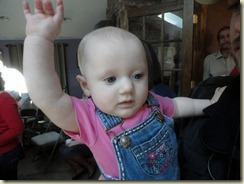 In the meantime, we’re enjoying our last few days with Anabelle (and Corey and Amanda, too).  Anabelle has finally approved of me. 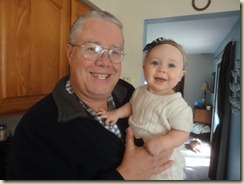 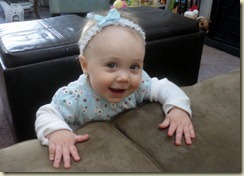