And To Think We Came Here To Relax

We set up in our campsite, I was even able to connect to the satellite TV signal with the roof dome.  I love leafless trees, I might even hug a couple. ;c) 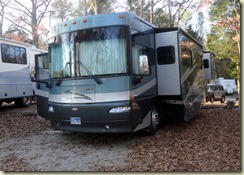 Last January when we were in Arizona, we promised Owie we’d bring him some cactus jelly.  Of course we stupidly didn’t buy any in Arizona.  We finally found some…in Mississippi!  Owie didn’t care what state it came from, he enjoyed it by the spoonful. 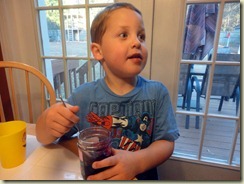 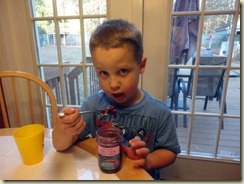 In no time, we were out geocaching.  The boys love this as much as Mimi Marti does.  We looked for a real tricky one.  It took lots of wandering around and head scratching. 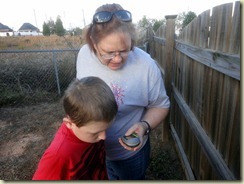 Even some fence climbing. 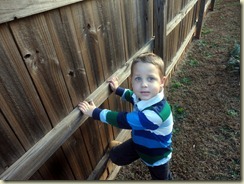 Eventually, the cache was found.  Not only was it hard to find, it was camouflaged, too.  That almost isn’t fair. 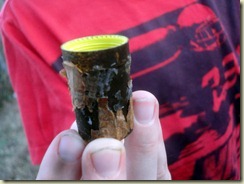 The boys signed their John Hancocks and we were off to the next geocache. 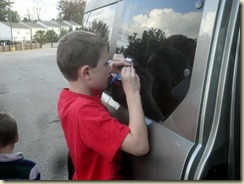 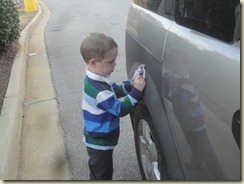 We ran out of time trying to find the second  one.  No worries, we’re here for about six weeks, so that should be plenty of time to find that one. 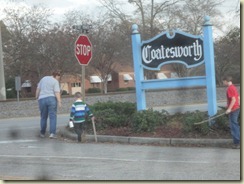 Our trip down here was nice, with one small, but expensive, hiccup. 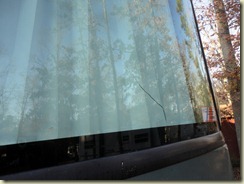 The Journey’s driver’s side windshield cracked.  This is one infamous problem that affects many Winnebagos.  The steel frame that surrounds the windshield is not treated correctly at the factory and over time, rust forms, expands against the glass and then cracks it.

Here is a picture of some windshield frame rust that I took back in 2010 when I had to have the passenger side windshield replaced as an example. 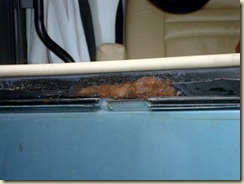 I’ll have to get the windshield replaced, but there is no rush.  Unlike Virginia where we used to live, South Dakota does not have annual vehicle inspections, so I can get it fixed when it is most convenient for us.

If you’re interested, you can see what was involved in replacing the Journey’s  windshield in 2010 here.

Tomorrow, off to Camping World to get our broken awning motor replaced.  So much for taking it easy!

Posted by Paul and Marti Dahl at 8:51 PM