My dad called me today and told me an official letter for me from the State of New Jersey arrived at his house today.

Even though I never lived at my dad’s house, while I was in the Coast Guard I was required to have a domicile in a state, so I used his address.  My driver’s license was his address.

That all changed when I retired and became a resident of South Dakota.  Everything I have is tied to my SD address, even if it is just a mailbox in Sioux Falls.

The letter was for me to serve on Jury Duty in September, and I had to report for duty on 10 September 2013 or a warrant would be issued for my arrest.  Me?  Jail? 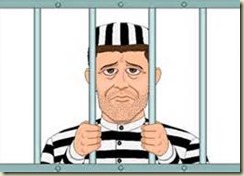 I’ve always wanted to serve on a jury, I would find it very interesting.  I’ve spent many days in local, state, federal and military courts bringing criminals to justice.  But I never had the chance to participate in finding of guilt or innocence by serving on a jury.

Fortunately, since I’m no longer an NJ resident (even though all paperwork was submitted notifying the state that I moved) there were instructions on how to remove myself from jury duty.  A phone call, some pleasant help from a lady on using a special website, and in no time, I was a free man, my name purged forever from the roles of NJ jurors.

Now I wonder what I’ll ever do if I’m called for Jury Duty in South Dakota.  With my luck, it will be in January…

Posted by Paul and Marti Dahl at 9:10 PM