It was bound to happen, one of my day night shades broke a string.  I can’t complain, it lasted seven years.  I had repaired day night shades on my last motorhome about ten years ago, so I decided to tackle this repair myself.  It is not hard, just time consuming and a second pair of hands is a definite help.

I bought a repair kit at Camping World, about $12.  It comes with everything you need to effect the repair. 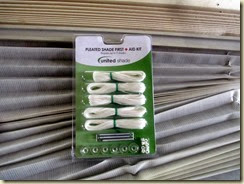 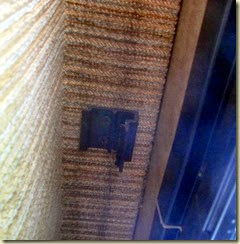 I put the shade on my portable table to work on it. 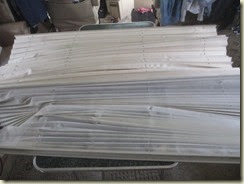 First off, clip the string off the tension spools. 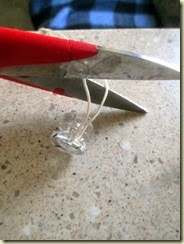 Pop off the end caps from the bottom rail of the shade. 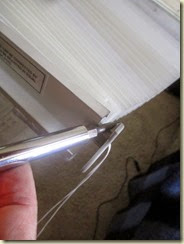 Slide the bottom rail off. 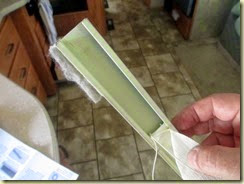 Next remove the end caps from the center rail and the top rail. 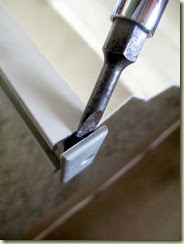 Cut and remove all the string and discard it. 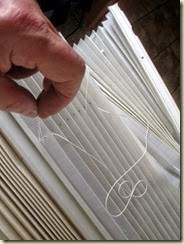 My shade was not installed right, one of the mounting screws was screwed through the side of the top rail making it difficult to slide the rail off the fabric. 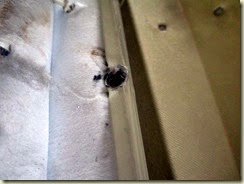 I had to trim the hole with some cutting pliers to remove metal that was hanging up the rail.  Once I cut it away, I was able to slide the rail off. 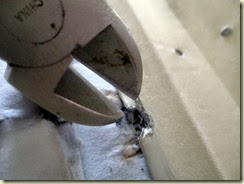 Once that was finished, I slid the bottom fabric clear of the middle rail 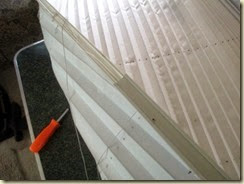 Now that everything is taken apart, it was time to inspect the plastic grommets that are located on all the rails.  Most were pretty worn and one was never installed, just a hole with rough metal edges.  Amazing that the string lasted as long as it did. 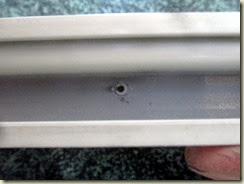 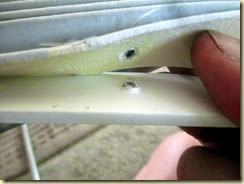 I removed all the old grommets and installed new ones using needle nose pliers. 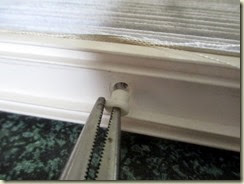 Part Two will be on the reassembly if the shade.  I know you’re on the edge of your seat to see if I can really do it.  :c)