We're still a little bit groggy.  Bits and pieces keep coming back to us, but we're not sure if we've fitted it all together.

It all started on Saturday, with the house in organized chaos.  I was taping the edges for the last room to paint. 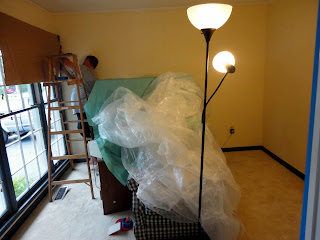 Marti was busy wrapping and boxing up some precious memorabilia that we're going to store at our daughter's house. 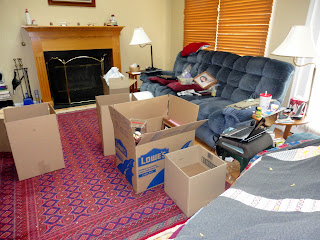 Everywhere we could, we've stashed items that are going to storage, donation or trash. 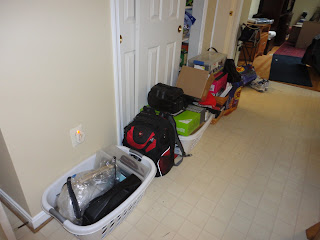 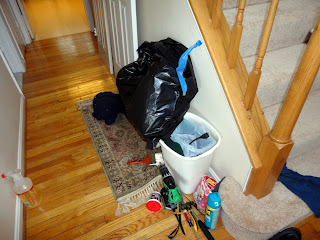 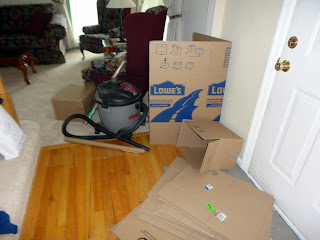 Towards the end of the day, we were both pretty tired, so we decided to clean up, shower and head out to get something to eat.  We went to one of our favorite restaurants, and that's where the trouble started... 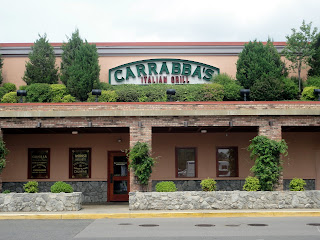 Two couples met us there and asked if they could join us at our table for dinner.  For some strange reason, we felt compelled to say yes.

We ordered our meals and began talking.  One of the men, who called himself Mike, took out a huge wallet, so big it would dwarf the average sized dictionary.  I began to suspect something was wrong, the wallet couldn't have possibly fit in a back pocket.  How right I was because he took something from that wallet and slipped it into our food.

By the time we were done eating, I began to feel woozy and lethargic.  And that's where the abduction began! 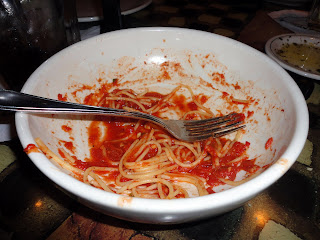 While Marti and I were unable to move, the couples began to explain what was going on.  They said they were from the Planet Fiver and had ridden to our area in two space ships, one named Excel and the other Cameo.  They had taken on human forms and their mission was to discover what motivated us to  go full time in a motorhome.
We were tough, we wouldn't talk.  We frustrated their questioning.  After blunting their every attack, they decided to abduct us and take us to a secret location, probably borrowed from the CIA and use enhanced interrogation techniques to get us to talk.
Before we knew it, we were whisked to the secret location. 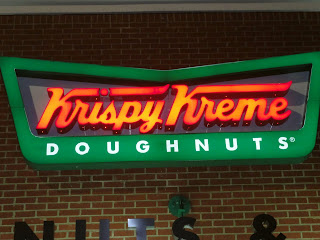 First they put us under hot lights. 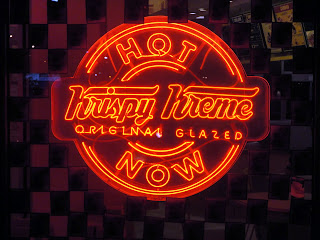 Then they threatened us, not with bodily insertions like most alien abductees relate, but with hot, just made doughnuts! 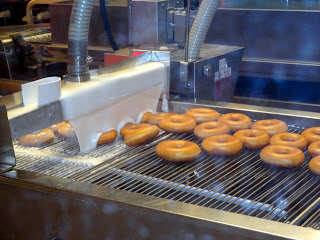 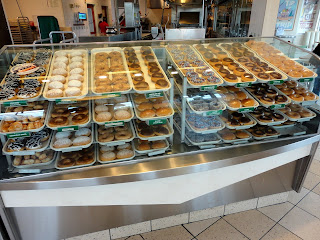 We are only human, we spilled the beans for over an hour.  We told them of every detail of our plans to go full time in our Journey motorhome.  Where we're going to go, what we're taking, how we're going to manage our finances, bills and insurance.  I think I even revealed my shoe size and my favorite type of underwear (briefs).
I'm not sure what exactly happened next because my recollection gets a little fuzzy about here.  I do remember the big smiles on their faces, I guess they were pleased with the hard won information we divulged.
Here is the alien couple that called themselves Terri and Mike. 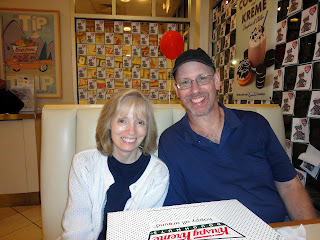 And the other alien couple, who called themselves Jim and Dee. 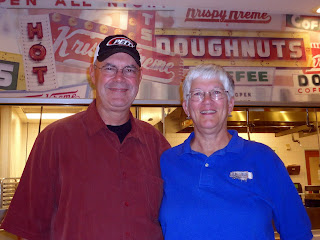 Through the haze of my mind, I think I heard them say they were going to return to "Base KOA", probably to plan more interrogations of unsuspecting future full time RVers.
The next thing I know, Marti and I woke up in our bed at our house.  I don't know how we got there, I have no recollection.  I looked at Marti and said I had the craziest dream.  She said she had one, too.
With that, we wrote it off as just some kind of trick of our overworked, tired minds and got up to begin another day of work on the house.
Until I found this in the trash... 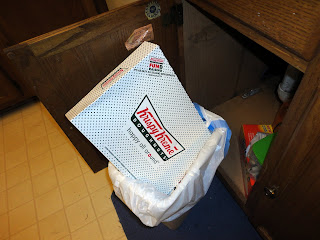 Posted by Paul and Marti Dahl at 5:29 PM