A Weekend Back In Time

Who said there is no such thing as a time machine?  Our car is one, it took us back in time as we spent a weekend in Amish Country in Ohio with Marti's family. 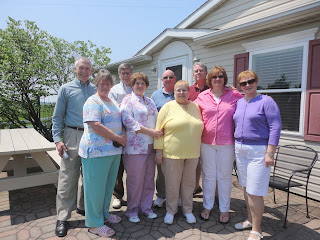 Marti's family rented a house in Charm, Ohio.  We drove about 400 miles in the car to get there and once we got out in the country, we got not just lost, but REALLY lost.  Even the GPS was lost, but what would you expect when you go back in time?

Every road we drove on had these strange looking vehicles clip-clopping by. 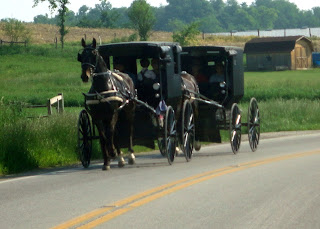 Even the parking lots had many of these vehicles parked there. 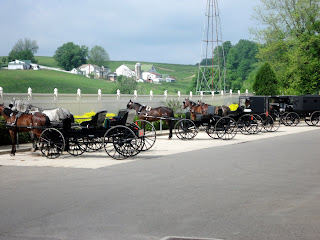 In the fields, there were farmers using old style equipment to harvest hay. 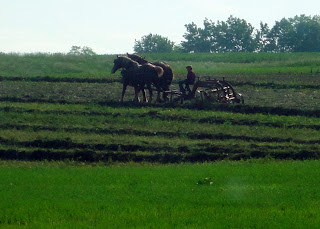 We took time to visit some of the hot spots in the area.
The lumber store, 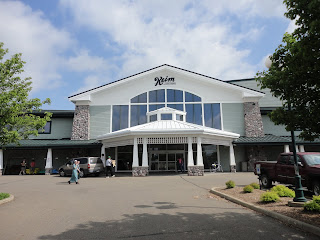 and the hardware store. 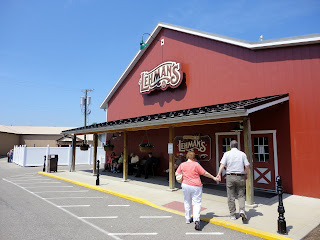 After the thrill of those store visits, we went back to the house.  The girls worked on various crafts, giggling and laughing while the men watched 1100 miles of car racing, the Indy 500 and the Coca Cola 600.  Fortunately, we had TV, because we were so far out in the middle of farmland, there was no cell phone signal.  For some funny reason, Marti had no calls from work. :c)
We wondered how the Amish found their way around all the unmarked, back country roads.  It eventually came to us, the don't use GPS, they use HPS.
HPS, the Horse Poop System.  There are horse droppings everywhere.  No, I didn't take any pictures, I'll leave it to your imagination.  Nellie, from  Diary of a Midlife Cruiser would be disappointed, I'm sure.
All too soon, Marti and I had to leave for home and work the next day.  We stopped for gas and saw a giant Amish BBQ grilling across the street.  As much as the Amish like living the old way, they sure know how to run a BBQ grill. 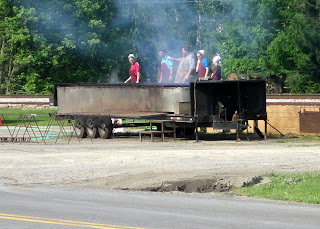 I noticed they we looking at me kind of funny.  Then I realized this sign might of had something to do with it. 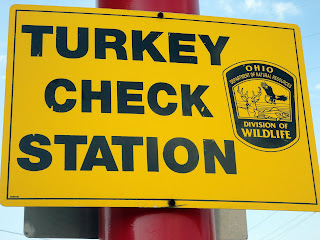 Thanks for visiting and feel free to leave of comment.

Posted by Paul and Marti Dahl at 9:18 PM