I didn't sleep too well last night.  I guess it was from a repressed fear of alarm clocks.  I knew we had to have the Journey ready to go at 6 am, so I set the clock for 5:15.  Plenty of time to get up, get ready and move things around to be ready for the Freightliner technician.  Plus Marti would have a chance to make some of the foul and evil liquid called coffee.  For some reason it always picks her up.

I kept staring at the alarm clock, then my wrist watch.  Did I set it right?  How much time is left to sleep?  What if it doesn't go off and the Freightliner technician wakes me while I'm still wearing my Sponge Bob PJs?

Well, it all worked out okay.  The clock went off correctly.  I got up.  Marti got up, under protest.  At least when she got some of the foul and evil liquid (FAEL) in her, she actually smiled.  A very small one, but a smile. 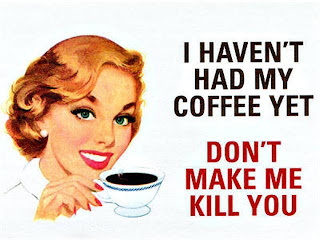 At five minutes to 6, I walked in to the Service Department.  The door was open and the shop was empty.  After a few minutes, the service adviser came in, followed by a gaggle of techs.  The adviser checked with the shop foreman and then said they'd come over and knock on our door when they were ready for us, about 7 or 7:30.

No problem, I went back to the Journey and laid down on the couch to grab a couple of those ZZZs I missed from last night.  In no time, I was in a deep sleep.  At 7:15 there was a knock on the door which jarred me out of my wood sawing.  The tech was ready for the Journey.  I handed him the keys and Marti and I jumped in the Element, intent on a nice breakfast at Cracker Barrel.

We used the GPS on Marti's I-Phone to find one and guide us there.  It said the closest CB was about 5 miles away.  20  miles later, after wandering around DLC (dazed, lost and confused) we found it and had a good meal.  Then we decided to look around the Hersey, PA area and find a McDonald's so Marti could try and get her new I-Pad connected.  A little more DLC and we finally found one.

I bought Marti a new I-Pad2 for an early Christmas present and figured she'd enjoy using it on our travels instead of her usual position. 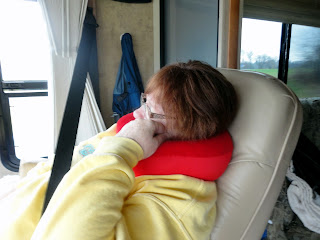 However, the I-Pad didn't want to connect to our aircard/router system so she could go on line.  At McDonald's she was able to get things set up so now it works fine in the Journey.
While we were out, the Freightliner service adviser called.  The tech confirmed the alternator is bad and will need replacing.  The fly in the ointment is the nearest one is in Memphis, TN and can be overnighted for $50 if I want to pick up that cost.  I told him yes and it should be arriving sometime between 7 and 11 am. 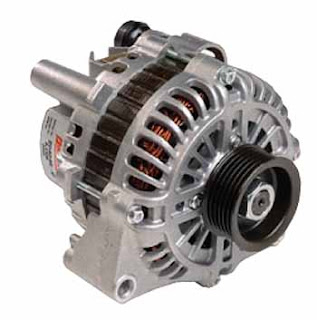 So it is another night at Camp Freightliner.  I guess the Good Lord needed to slow us down and let us rest a bit, we've been pushing very hard these last few weeks to get out on the road and we are both pretty worn down.  We'll enjoy the rest, take a tour of the Christmas special light show at Hersey tonight and then  get a good night's sleep.  I know the alarm clock works now.

Making Lemonade from the Lemons. 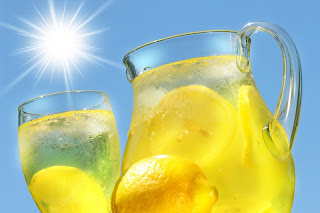 Posted by Paul and Marti Dahl at 4:25 PM