Battle of the Bugs & Beans 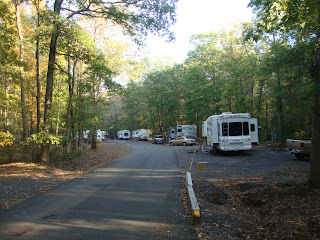 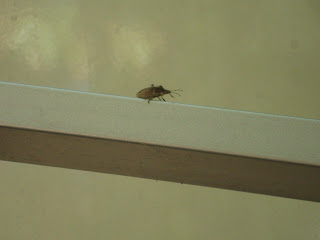 A miracle occurred.  One of Marti's senior staff members had some work to catch up on so she volunteered to take Marti's turn at work as the weekend manager on duty.  Of course, it didn't prevent issues from arising, so Marti did spend considerable time on the phone and texting to handle those issues. 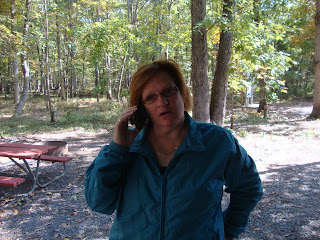 I opened the awning and an army of Stink Bugs marched out of the brackets. 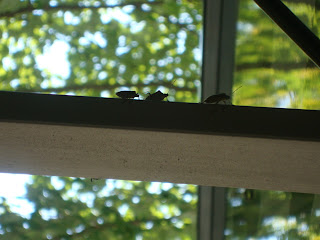 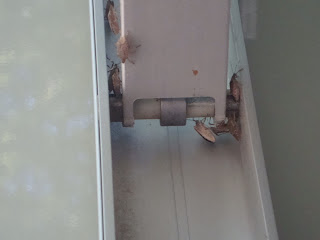 The squirrels in the campground were running around collecting acorns buried in the leaves. 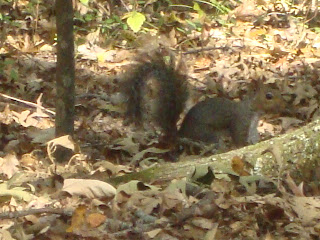 I even had a chance to read my favorite RV blogs sitting outside in my lounge chair, in my shorts, of course! 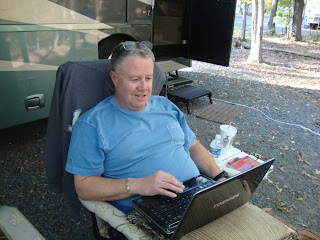 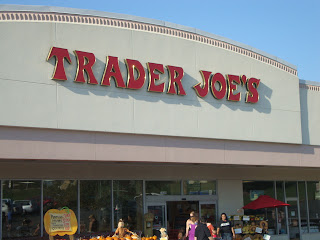 While we were away, Zoe, the Wonder Dog (as in I wonder what she did while we were out) did not disappoint us.  She got into the trash and had some of it scattered around the kitchen floor.  As I went to clean up the trash, I had to abandon that effort and catch some more Stink Bugs inside the Journey. 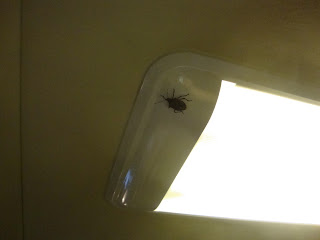 I wondered how they were getting inside.  There were some on the blades of our Fantastic Fan in the kitchen, but they couldn't get in through the screen.  I turned on the fan and blew them out.  Sweet revenge!
I walked outside around the Journey and noticed the refrigerator vent. 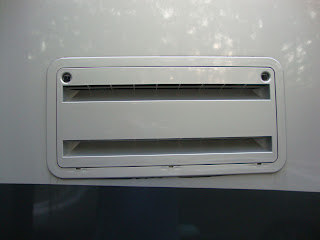 It has large slots in it.  I pulled it off to look inside. 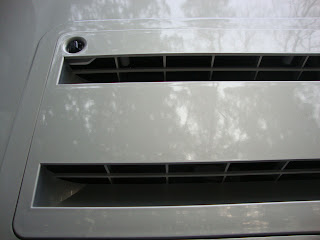 Not a Stink Bug in sight.  I'm not taking any chances, first thing tomorrow I'm going to the RV dealer and getting those screens that fit inside the 'fridge vent. 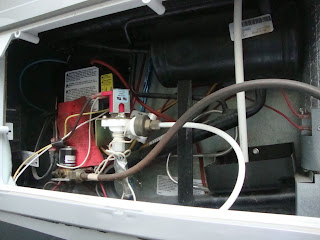 Later, I did see some on the slide out gasket, but I don't think they get in that way, either.  So we're puzzled.  We'll keep looking, because we're going to win this battle. 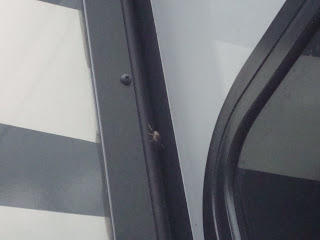 Now for the battle we're going to lose.  Beans.  Yes, we had hot dogs and beans for lunch,  I had purchased a large can of baked beans, but we only ate half of it.  The other half ended up in the trash.  Temporarily.
Zoe, the Wonder Dog ate them all, every last one.  This is going to be an interesting night, she usually "blesses" us with her "air fresheners" as it it.  Tonight's "blessings" are going to be Bushes Baked Beans fueled.  Oh boy!  :c0
Thanks for visiting and feel free to leave a comment.