During my early Coast Guard days, I chased rust on the cutters and boats I operated, spending long hours trying to beat back the never ending assault on steel by salt water.  The key to success was the proper preparation and priming of the metal surfaces before painting.  We used some pretty toxic primers in those days with wonderful nicknames like "Dead Red Lead" and "Green Death".  They did work pretty well, but eventually rust found its way in and the whole process of scraping, priming and painting began again.

On our Journey, we like to keep it clean and put on a high wax shine.  So I was disappointed to find rust behind my basement compartment doors.  On my previous 2003 Winnebago motorhome, I had rust in the same areas and there were many complaints directed to Winnebago about their poor quality control on compartment steel.  I had to scrape, prime and paint those areas.

With my 2007 Journey, I figured that Winnebago would have listened to its customer complaints and instituted a fix rectifying the rust situation.  Well, they didn't and I found rust sprouting along the steel behind my compartment doors.

What can you do?  Well, I bit the bullet and leaned on my old Coast Guard skills and attacked the rust.

Here you can see the paint peeling and the rust starting 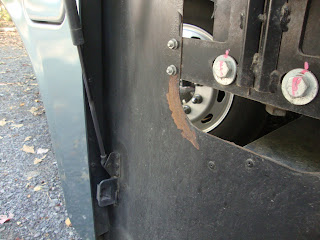 All along the underside of the basement door gaskets is rusting. 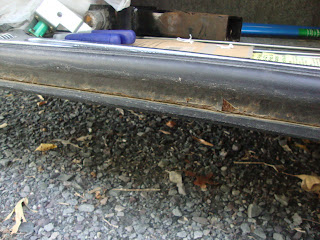 The first step is to scrap all the loose paint and rusty areas to remove the loose corrosion. 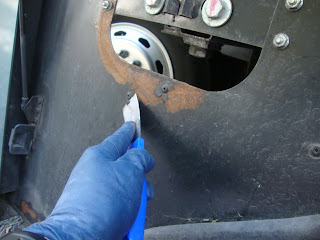 Then using a wire brush, I remove as much of the rust as I can, getting it down to bare metal. 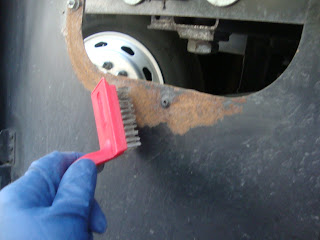 Next I use a rust converter that chemically changes the rust to a hard, paintable surface. 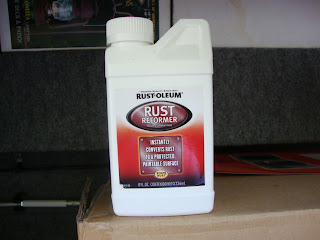 Pouring a little in a cup and using a disposable brush, 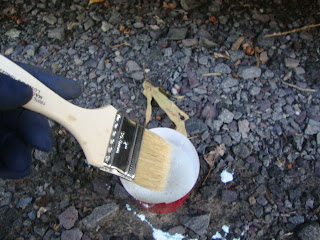 I brush the rust converter on liberally to all the rusty surfaces. 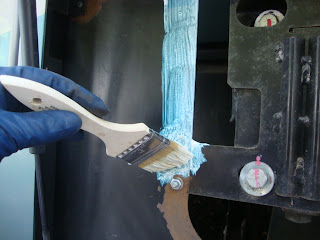 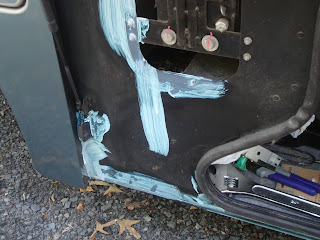 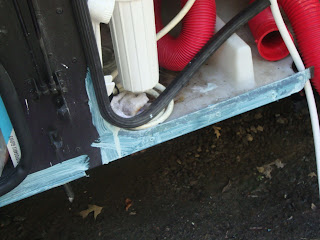 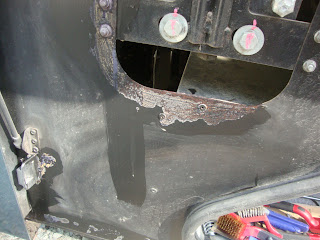 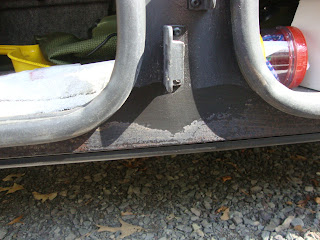 After four hours cure time it can be painted with an oil based paint.  I'm going to use Rustoleum black paint.  Unfortunately I didn't have four hours to wait today, so that's next weekend's project.
While I was working a 5th wheel toy hauler pulled in to the next site.  There was a lady setting everything up.  I wondered what kind of toys she was carrying.  She eventually opened the back and this is what I saw. 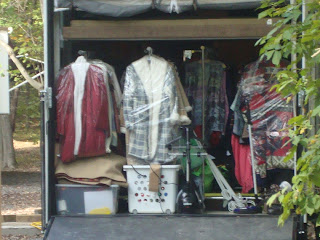 I guess she couldn't make up her mind on what clothes to bring with her, so she brought them all!
Thanks for visiting and feel free to leave a comment.

Posted by Paul and Marti Dahl at 6:04 PM