We picked up the Journey and headed out to who-knows-where.  It was Marti's choice this weekend to decide which direction to go to.  We thought we'd maybe check out some of the military campgrounds in Maryland, but before we headed that way Marti said it would be nice if we could get in to the campground at the Marine Corps base at Quantico, VA.

The Marine campground, called Lunga Point, is small and very, very hard to get a reservation because it's so nice.  Marti gave them a call and low and behold, they had two sites available.  A few minutes later, with a reservation booked, we headed out.

We arrived and checked in, the campground sits on a nice little lake. 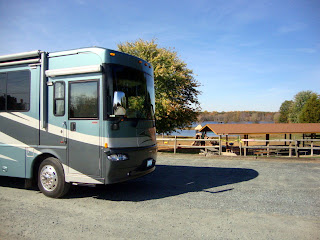 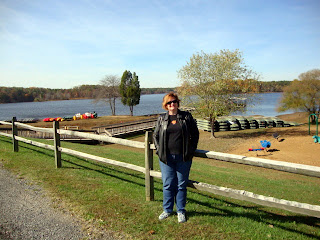 Paperwork done, we headed to out site, only to find this: 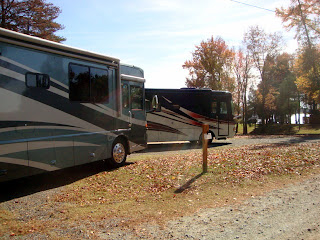 The site had not be vacated by the previous camper.  I knocked on the door but nobody was around.  Marti called the office and they gave us another site, which was even nicer. 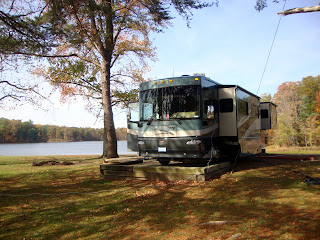 How's this for a view out the front windshield? 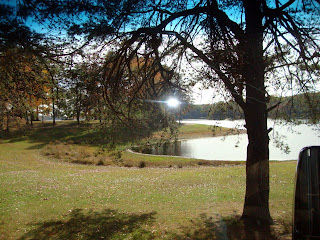 While I set up the satellite dish, Marti took Zoe the Wonder Dog (as in I wonder if she's going to jump in the lake) for a walk around our site. 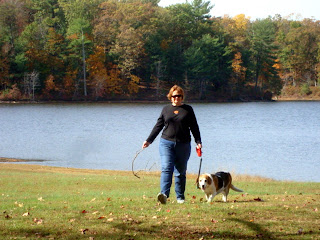 We settled in, had a nice lunch and low and behold, a cell phone rang.  It was mine this time and it was my boss, calling ME on a Saturday!  He kind of rambled around on some vague plans and ideas he has for next year.  Ok, then.  Don't know why that call had to be made on a weekend, but...whatever.

Later, we watched the sunset, haven't seen one like this in a long time. 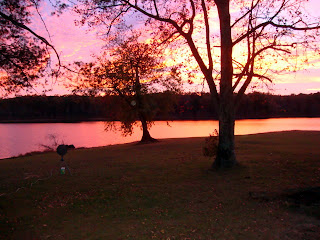 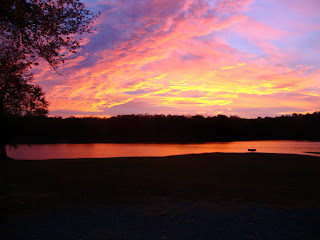 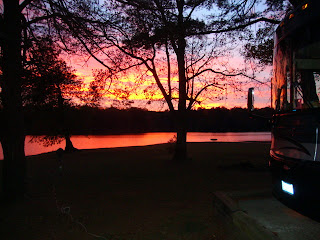 To borrow from Howard of RV-Dreams, this site has the "IT" factor.  Marti says it's her favorite campground that she's ever been in.  I have to agree, $21 a night for a 50 amp FHU site.  Military campgrounds will certainly help our fulltime budget when we get on the road.
Now to find ways to get here more often!
Thanks for visiting and feel free to leave a comment.

Posted by Paul and Marti Dahl at 7:30 PM