Pulling The Wool Over My Eyes

I'm a trained investigator.  I spent years honing my craft to notice things all around me.  Things the average person would be blissfully unaware of.  This ability has helped me solve crimes and put bad people who did bad things away.

This Labor Day weekend, Marti and I drove 5 hours North to New Jersey to spend the day at my Dad's house for a family get together.  Good food, good conversation and lots of fun occur at these all too rare gatherings.  This weekend, all my brothers, my sister and assorted sister and brother in laws as well as nieces and nephews were in attendance, as well as my son Corey and daughter-in-law, Amanda. 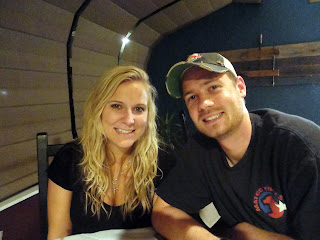 Corey and Amanda were the ringleaders.  They perpetrated the perfect crime.  Right under my nose.  They successfully pulled the wool over my eyes and I never saw it coming.  Some investigator I am!

We had a great cookout, delicious food was served out on Dad's back porch.  It was a beautiful day, the sun was shining and it was the perfect temperature.  Lots of chicken, burgers, hot dogs, salads and sodas made for a lovely meal.  I enjoyed the chicken, with some great BBQ sauce.

After the meal, the gang played some games in the living room while I retreated to the den to let the oncoming food coma set in.  In no time I was dozing away. 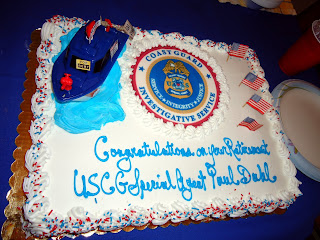 There was a cake honoring my retirement and a couple of gifts.  On the cake was a little boat that Amanda had spent some time using her amazing talents and had decorated specially for me. 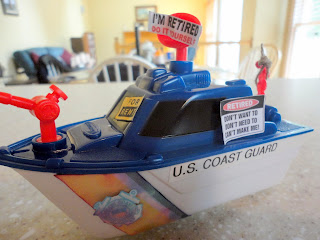 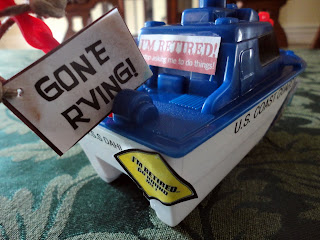 I received some special glasses that I have been instructed to be photographed in when we visit special places in the Journey on our full time travels.  I tried them on for size and they fit perfectly. 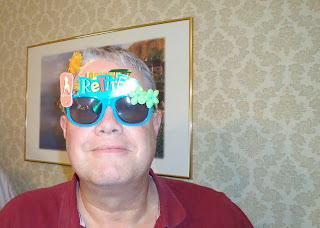 My family gathered around to watch me open some gifts. 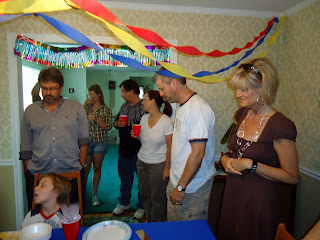 One was a picture of me early in my Coast Guard career, taken in July 1983 out in the Long Island Sound.  Notice those long sideburns in my wedding photos are gone (long gone!). 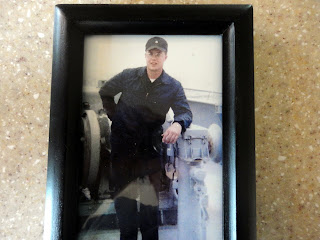 Opening this gift, I got choked up.  Amanda got her hands on of what is probably my most treasured career picture, had it enlarged and framed. 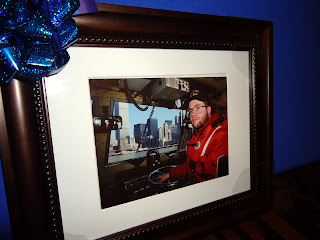 Here is a little better view of it.  (All the pictures can be enlarged by clicking on them). 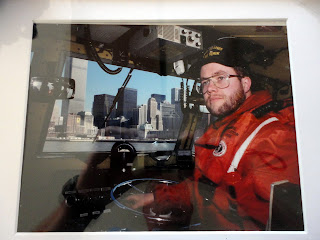 This picture was taken in January 1986 by a photographer from the National Geographic magazine.  I had taken the photographer and a writer from the magazine for a tour of New York Harbor for an article about the 100th anniversary of the Statue Of Liberty, which happened on the Fourth of July, 1986.  We were in the Hudson River, just off the World Trade Center, which you can see in the background.  Yes, beards were allowed in the Coast Guard back then.
I was totally blown away.  I never saw it coming, it was quite a surprise and I was so honored by my kids and family for doing this for me.
But Amanda wasn't done yet. 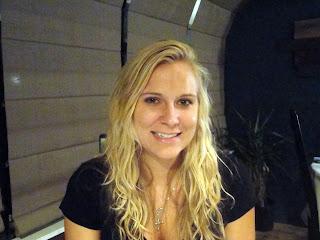 She is carrying our fifth grandchild, due in March 2012!   :c)
We don't know yet if it is a boy or a girl, but I can't wait to find out.  I want to know if I'm going to be a grandfather or a grandmother!
Thanks for visiting and feel free to leave a comment.