The Studying Pays Off

Good news, Bad news.  All the tips I received from y'all that have "Been There, Done That" really helped me out.  Despite the antifreeze taste of the prep medicine, I was able to keep it all in the right place this time.  :c) 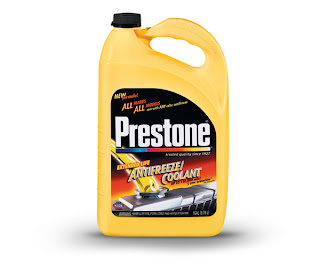 I never thought I live to see the day, but I was so tired, I wasn't even hungry.  That's a first for me.

Marti drove me to the hospital where I had the procedure.  I spent almost an hour filling out paperwork that I've already filled out twice before, not to mention the additional two times I gave all the same information over the phone.  I love thoroughness.

After about a half hour, I was called into a little room to get outfitted for the procedure, in one of those drafty, missing the back half gowns.  It was a struggle and it really didn't fit very well.  The nurse came back in and saw how little the gown covered my dignity and realized she had given me a small gown.  With apologies, she went and got me a man sized gown which, after donning, still was a bit drafty back there.

Then, two more people came in and asked me all the questions all over again.

Once the additional Inquisitions were done, I was wheeled away to the procedure room.  There were five people in there.  Just what I needed, an audience checking out my derriere.  Don't remember much more after that until I woke up in my little room again, with Marti sitting in a chair next to my bed.  I felt like I had an elephant standing on my stomach.

A nurse came in and she said the pressure I felt was from the air used during the procedure to inflate the pipes and it was all normal.  She said don't be afraid to let it out, after all, this was a hospital (huh?).  Funny, after she slipped out of the room and closed the curtain, I gave it the old college try and...nothing.  Tried again, same result.  Rolled around in the bed, tried a couple of different positions and a little squeak.  Then another squeak.  Then the flood gates opened and opened and opened.  I'm talking Niagara Falls here.  I passed so much gas the curtain started swaying in the breeze.  People in adjacent rooms stopped talking.  And it wouldn't stop.  I'm sure the people thought it was an earthquake happening.

So much gas passed, I could have filled the Goodyear Blimp. 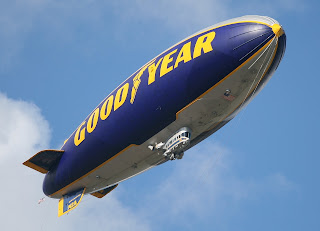 Finally, I was done.  Wiping my brow, I looked over at Marti and she started to breath again.  She had held her breath so long she was starting to turn blue.
The doctor came in to talk to me, showed me some pictures which resembled some kind of sea monster and gave me a clean bill of health.  Phew!  I'm not fond of drinking antifreeze.
Now, for the bad news.  The house still is not selling.  We've had about 19 tours now and not a single offer.  We've dropped the price twice already and the realtors are saying to drop it more.  If this keeps up, we'll be paying someone to take the house off our hands.
We're going to crunch numbers again.  We're nearing a serious fork in the road and very shortly, we'll have to go one way or the other.  Drop the price more and hope that the house moves and get on the road with less proceeds for the future or pull the house off the market, put the full time plans on hold and wait for a more seller friendly home sales market. That's a big "If".  I'll have to go back to work somewhere for the time being.  So far, all my feelers have not uncovered any decent jobs.
So we're feeling stuck in neutral.
Thanks for visiting and feel free to leave a comment.

Posted by Paul and Marti Dahl at 8:17 PM