It's been a tough time here in Branson.  Shows, eating, shows, more shows, more eating.  Oh yeah, we have been able to slip in a couple hours of shut eye...between shows.

One show we really enjoyed was the Russian comedian, Yakov Smirnoff.  Not only is he a scream, he is a super patriot, since he became a U.S. citizen in 1986.  It was refreshing to hear his views on life and how lucky we all are to be Americans.  After his show, Marti and her sister Gail tried to talk him into coming home with us. 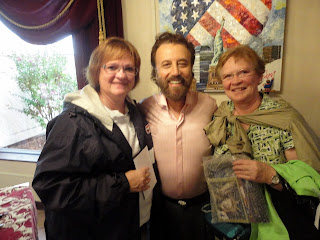 At another show, there was a young lady who was having trouble with her skirt blowing up.  Being the gentleman I am, I rushed to help her preserve her modesty. 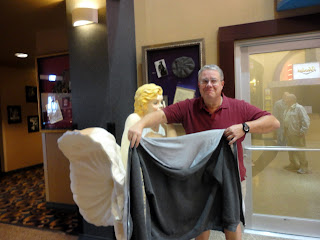 Of course, the curse of being the boss always follows Marti no matter where we go.  It wouldn't be a normal vacation for us without one of these pictures. 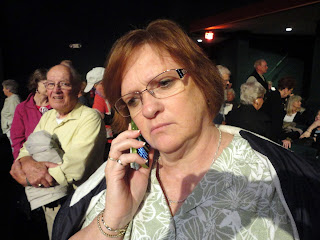 I'm seeing my Dad becoming a chick magnet.  The women singers in the shows and the restaurants are flocking to him. 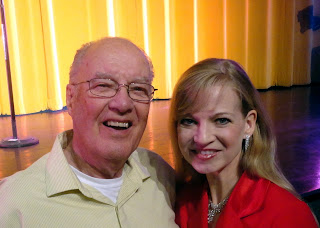 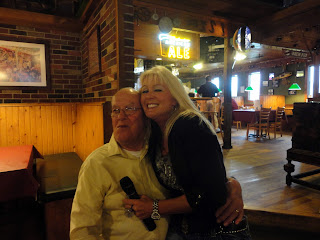 The last show of the three we saw today was the Presleys' (no relation to Elvis). 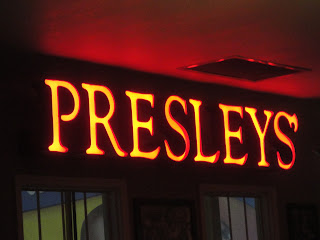 Before the show started, there was a preshow in an upstairs location where a piano player entertained the early arrivals.  I was touched to watch my Dad help an elderly man who was unsteady on his feet, down the stairs.  Dad will be 90 in December.
As we took our seats in the theater, I looked over the crowd in front of me.  It was a sea of gray.  After Labor Day, all the families are involved in school and fall activities so that leaves Branson to the older crowd.  I realized I was probably the youngest guy there, and my Dad was probably the second youngest!  ;c)
Thanks for visiting and feel free to leave a comment.