We became very frustrated.  Our Internet connection had become a lifeline for us, from news, email, travel directions, and of course, blogging.  As we traveled to the great American Southwest this winter, we had poor to non-existant coverage with our tried and true Sprint aircard that we've used with great success for the last six years.

In the Southwest, Sprint's coverage is spotty, so we decided to upgrade to a Verizon MiFi while we were at Quartzsite this past January.  Even with Verizon's much vaunted great coverage ("Can you hear me now?"), it wasn't all that great. 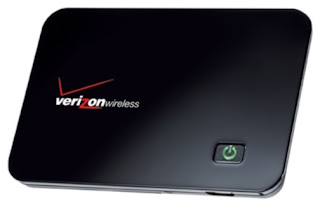 We figured that the slow Verizon service was due to the tens of thousands of RVers around Quartzsite during the January RV and Gem shows all trying to get online.

After eight days, we received an email from Verizon saying that we'd already used up 2.5GBs of our 5GB monthly plan.  Huh?  We had a similar plan from Sprint and we never exceeded 3GB in an entire month.

I need to 'splain our confusion.  We don't game live on line, nor do we stream music or videos or watch TV on line.  No downloading movies.  Just some net surfing, blogging and emails.  At this point we figured it was a fluke.

A couple of days later, another email arrived stating we were at 90% of our 5GBs.  Not being familiar with Verizon and wondering if maybe the times we had a 4G connection, maybe that was eating up our plan.  So, along the way, we stopped at a Verizon store and upped the plan to 10GBs/month.

Imagine our surprise when we received the bill for our first month with Verizon and they said we used 11GBs!  Some calls to Verizon resulted in some really (really) poor customer service.  Needless to say, they couldn't explain our overage, and instead of the old "The Customer is always right", they became very accusitive.  In no time, we dropped them, returned our MiFi device and switched back to Sprint, with a new upgraded MiFi unit. 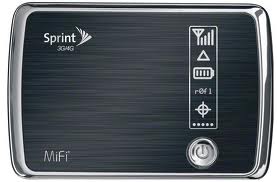 We had some grief with trying to even get a copy of our Verizon contract, at the RV show, the rep couldn't print off the contract, but promised to email it to me.  Along with the contract was to be a form to send in for a $50 rebate.  Repeated calls to Verizon and stopping in to six Verizon stores along our way to South Carolina were all in vain, no one could help us get the documents.

Finally, a call ending up with a supervisor resulted in getting in touch with the original salesman, who adamently claimed he had emailed us the contract and rebate form.  When I asked him what my email address was, he looked back at his emails and read off the address.  He got it wrong.  He then became very apologetic and wanted to do anything to help us out and keep us as a customer.  Sorry, way too late.

Looking into the huge amount of GBs we used, and doing a search online as suggested by our IT guru pal, Jeri, I researched Verizon MiFi hacking.  Seems that this unit is one of the easiest and most widely hacked devices on the market.  Their password is easily defeated by a hacking program.  I found step by step directions on how to do it.   That explains the overages on our plan.

We didn't know that we should have changed the device name and used our own password with the Verizon MiFi.  We made it too easy and got hacked.  We did get a little credit back on our bill from Verizon, but we're done with them, it still was an expensive mistake.  Live and learn.

Posted by Paul and Marti Dahl at 8:49 PM