Heather, Brian and Andrew arrived late in the evening after driving down to Fort Wilderness from South Carolina.  Trying as hard as he could to stay awake, Owie conked out and went to bed.  He was thrilled to wake up to find his family in the Journey with him.

Heather made plans for us to start our day and go to the Disney Hollywood Studios. 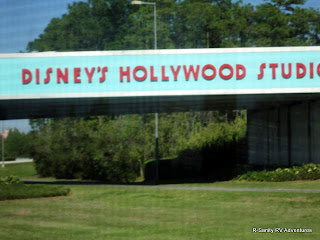 We had breakfast reservations for the Hollywood and Vine restaurant.  Along with great food, there are Disney characters roaming around the tables and they each visit with the guests.  Here Owie gets a hug from Handy Manny. 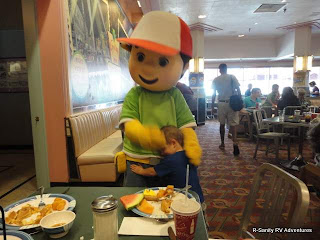 Special Agent Oso came over, too.  Heather had to get her picture taken with him.  Evidently, she has an affinity for Special Agents for some strange reason... 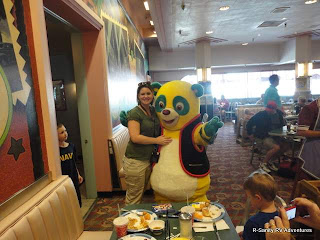 The boys recently saw the movie Raiders of the Lost Ark, so we had to head over to the Indiana Jones Stunt Spectacular show, which they loved.  Shortly after the show, we found two newly outfitted Indiana Jones clones. 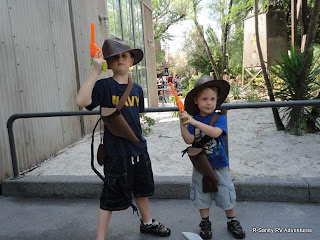 We also went to the big hit attraction, Toy Story Mania, where you get to participate in a ride and shoot at arcade screens.  It seems to be one of the most popular attractions at Hollywood Studios. 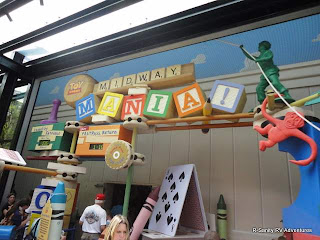 It was a good time to visit Disney World, it is the time of the Flower and Garden show.  At various places around Disney World are characters made out of plants and flowers. 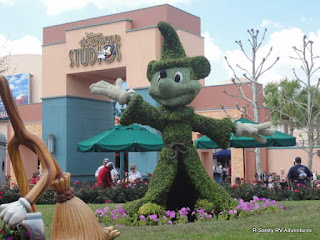 We had purchased Park Hopper tickets so we could bounce between the four Disney World Parks.  We drove back to the campground, hopped in the golf cart and headed to the Marina where we caught a boat for the Magic Kingdom. 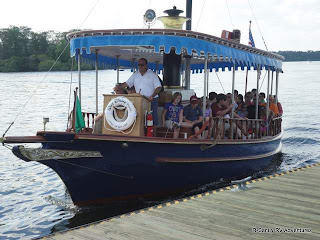 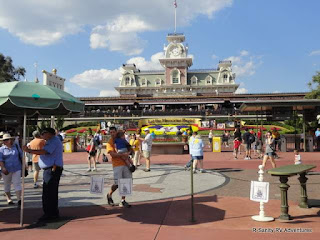 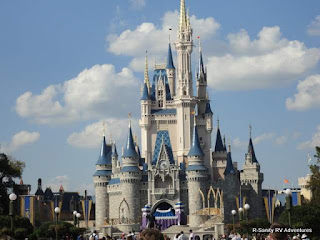 Posted by Paul and Marti Dahl at 6:30 PM