We honeymooned at Disney World in 1977.  Over they years when our kids were growing up, we visited a couple of times more.  When we got our first motorhome, (the 1973 Travel Mate), we made our first motorhome trip to Disney World and stayed in the resort campground, Fort Wilderness.  It was a great trip and no, we didn't have any flats.  We did have one of the mufflers on the dual exhaust system split a seam, but that's another story. 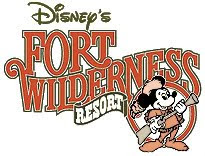 We returned to Disney World a couple of times more, but stayed in a local motel and the military hotel on the resort property, Shades of Green.  It took quite a bit of green to stay there, too!

Life went on and Disney World faded into the background, a distant memory.  Motorhomes were sold,  a house was purchased, a kid went to college, career transfers happend, in general - life.

Fast forward to January 2007.  Marti and I had a chance to go to Disney World by ourselves and see all the things we had forgotten how much we enjoyed.  We had a new perspective this time, we had grand-kids.  Seeing all the Disney "Magic" from their level would be lots of fun. 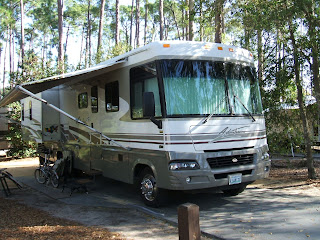 In January 2008, our oldest grandchild, grandson Andrew was almost four years old, his little brother Owie (Owen) was not even a year old but their parents, our daughter Heather and son-in-law Brian agreed that it would be a lot of fun to travel to Disney World in the Journey, stay at Fort Wilderness and see the magic first hand. 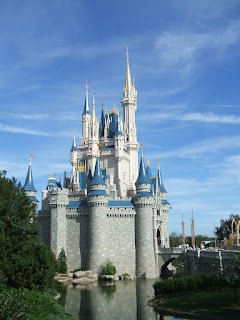 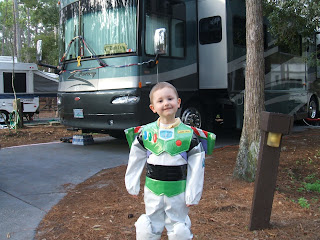 The big day came, we departed Fort Wilderness and made our way over to MGM Studios (now Hollywood Studios) and walked over to the area where Buzz had a meet and greet at the specific time.

There was a long line and Andrew waited, shaking with anticipation.  When he got to the front of the line, Buzz Lightyear looked over and saw Andrew in his costume, Buzz straightened up, threw Andrew a salute and gave him a big thumbs-up. 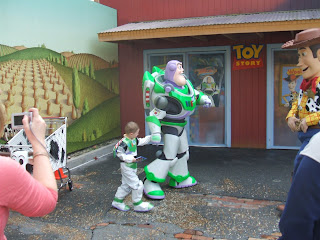 Buzz then walked over to Andrew, took him by the hand and led him to the picture spot where he and Woody hung out.  We had several cameras and they all went into overdrive snapping pictures.  Buzz and Woody spent a bit more time with Andrew than they had with the other kids on line and eventually Heather and Owie joined Andrew for a few more family pictures. 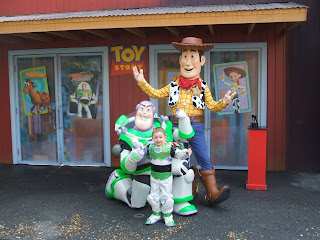 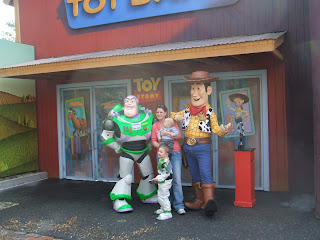 Andrew was completely worn out and fell asleep on his daddy Brian's shoulders.  It was a truly memorable moment.  What made it even more special was Brian left to serve a year tour of duty in Afghanistan a few days afterwards and it gave our whole family happy memories to carry us through the time Brian was away from home. 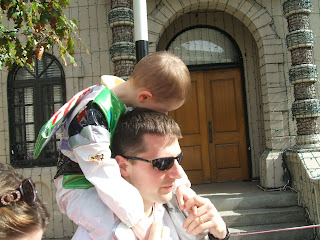 Thanks for visiting!  Please feel free to leave a comment.
Posted by Paul and Marti Dahl at 9:34 PM