Have you ever met fear?  Not just being scared, but real, shaking in your boots fear?

I've had many scary experiences, close calls and brushes with the unexpected that left me a little shaky, but I have met fear, real fear twice in my life.  One I'll tell you about here, the other, well for now, I have to hold it close to the vest.

Summer, 1988.  I was stationed on the Coast Guard cutter Point Francis, an 82 foot long patrol boat with a 10 man crew.  It was home ported at the Coast Guard Base on Sandy Hook NJ, where we lived with a bunch of other Coast Guard families. Also located there  was Station Sandy Hook, which had two 41 foot Utility Boats (UTB's) that handled boater assistance in the local area.

Sandy Hook is a seven mile long peninsula that points right towards the mouth of New York Harbor, and is part of the National Park Service's Gateway Recreational Area.  Great white sandy beaches made for summer fun for thousands of visitors.

It was a warm July Sunday afternoon and Marti and I were out and about with the kids visiting an ice cream shop.  My pager went off, so I called the duty watchstander on the Point Francis and was told to get back as soon as I could.  There was a sinking vessel and we needed to assist the station's two 41 UTB's that were already on scene and were requesting backup.

We tore back in the car and as we crossed the bridge that connects Sandy Hook to the mainland, we could see out on the ocean, in the distance, a number of flashing blue lights, that was where the 41 UTB's were with the sinking ship.

We drove onto the base and right down onto the pier.  The Point Francis had both its engines lit off and was manned by only half of the 10 man crew that had been able to return in time.  Only one of the usual four mooring lines held her to the pier, as soon as I jumped aboard the line was hauled in and we took off at full speed.

I ran up to the bridge and was briefed by the the skipper that a 110 foot long luxury yacht sailing up the coast had called a Mayday because it lost engine power and was rapidly taking on water.  The two Sandy Hook 41 UTB's, already on scene, requested our help because the flooding was overtaking the rescue pumps that they had already placed aboard, as well as the pumps from a third 41 UTB that had responded from another Coast Guard station further down the coast.

I pulled on some coveralls, over my shorts and t-shirt and went down on deck to check out and ready our heavy duty 250 gallon a minute rescue pump.

After about 15 minutes of running flank speed, we arrived on the scene.  One 41 UTB had a tow line on the yacht and was slowly inching along, with the futile hope of getting the yacht to the base and shallower water where more resources could help try to save it.  Another 41 UTB was tied up alongside the port (left) side of the yacht with pump hoses snaking down into the flooding engine room through a hull door.  The third 41 UTB was maneuvering behind the yacht, ready to offer whatever additional assistance might be required.

Despite all the pumps, the yacht was listing heavily to port and was in danger of capsizing.

The skipper expertly slid the Point Francis along the starboard side of the yacht and we tied up with a couple of lines, each having a crewman standing by the line in case we had to back off quickly if the yacht capsized.

I vaulted over to the yacht with my Chief, Dan, and we manhandled the 200 lb rescue pump through an open window, through the salon (living room) and over to the port side where we pushed the suction hose through  the open hull door into the flooding engine room. Black, oily water was sloshing back and forth and was almost up to the engine room ceiling.

The only way into the engine room was down a twelve foot ladder, and standing at the bottom of the ladder- with the dark water almost up to his chin- was Kenny, one of the station guys off a 41 UTB.  He was holding the suction hoses down in the water.  He said despite all the pumps going, the water was rising.

Dan and I lit off the big rescue pump and after running it for about 10 minutes we realized it wasn't doing any good, the water was still rising, and quickly.  That left only one option, to go down into the flooding engine room and try and quickly find the source of the leak.  We figured we'd give it 5 minutes and then we'd have to abandon the yacht to its fate.

I started down the ladder when it hit me...Fear, pure, unadulterated, almost pee-in-your-pants fear.  Like getting hit over the head with a 2 x 4.  Here I was, a husband and a dad to three small kids, and I was going down into a pitch black, water filled engine room of a yacht that was listing really badly, that could capsize any minute and take me to the bottom with it.

After a split second battle in my head, I shook off the fear and climbed the rest of the way into the engine room.  I couldn't let down Dan and Kenny, they were my shipmates and our lives depended on each other.

Dan swam over to the starboard side, I swam over to the port side and Kenny swam up forward in the engine room.  The water was covered with oil that had leaked out of the two mini van sized engines.  I actually swam over the top of the port engine using one hand to hold the light and the other to slosh the oil back and forth to clear the water so I could see down and hopefully find the leak.  I distinctly remember to this day the little air bubble leaking out of my "waterproof" light and wondering how long it was going to last.

After about three or four minutes of searching, Kenny yelled out that he found the source of the flooding.  He felt a heavy stream of cold water bubbling up on the front, starboard side of the engine room.  He was able to determine that apparently a sea strainer cover, about 12 inches in diameter had come off and was letting in all the water.  He and Dan stood with their feet over the hole, trying to cut down on the flooding, while I swam back to the ladder, climbed out, ran over to the Point Francis and grabbed a duffel bag that contained our plugging and patching gear.

I ran back to the ladder and took out the largest wooden, cone shaped plug I had, about 15 inches wide at the widest end and slide back down the ladder swam over the the guys and ducked under water and plugged the leak.  The wooden plug was just big enough to stop the flooding water.

Kenny stood on the plug to keep it in place and we notice the water started going down immediately.  We all grinned and patted each other on the back.  We had done it!  The yacht wouldn't capsize and sink, the beaches were protected from the thousands of gallons of diesel fuel the yacht had on board that could have fouled the pristine sand.  Then we started to shake from all the stress and we laughed our heads off.

Time seemed to fly and the water rapidly drained out, the yacht righted and we eventually found the sea strainer cover in the bilge, put it back on and tightened it in place.  Before I knew it, we had been towed into the pier at Sandy Hook.

The three of us were soaking wet and covered from head to toe with black oil. The whites of our eyes were the only things that were not black on our bodies.  As we left the engine room and went up into the now trashed salon,where the yacht owner was upset and complaining because of the oil that was on the carpet from the pump hoses, and the traffic of all the Coasties as we ran back and forth trying to save his ship.

I couldn't believe he'd say something so ungrateful.

So, where am I going with all this and what in the world does this have to do with RVing?  Simple...fear.

Fear of the unknown.  Fear of the 'what if'.  Fear of doing the wrong thing.  Fear of not being able to do the full time lifestyle. Probably many never realize their RV dreams because of their fears.

However, the RV community is one of the most giving, sharing and open bunch of people I've ever been privileged to know.  Many  blog all about their lives, travels and experiences.  Many recommend great places to go, things to see. Some even put all their expenses out so we all can see and compare notes to determine what will and won't work for us. You put your hood up in a campground and before you know it, you have all kinds of fellow RVer's ready help in any way they can.

By reading about other's RV lives, meeting many new friends at Rallies and enjoying the RV forums where questions can be asked and answered, fear is removed and confidence in being able to enjoy the RV lifestyle is instilled.

A shipmate is the highest honor a member of the sea services can bestow on a fellow mariner.  A shipmate will gladly give the shirt off his back to his shipmate.

Thanks, all of you who are out there helping and sharing with the rest of us.  You are RV shipmates. 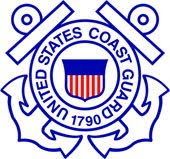 Posted by Paul and Marti Dahl at 9:08 PM