It came as a total shock. None of us saw it coming.  Our son-in-law, Brian, a LT in the U.S. Navy Reserve was called up to active duty to serve a year in Afghanistan...with the U.S. Army!

It turned his family upside down.  His boys, Andrew and Owen (our grandsons) were too young to understand the sacrifice they were making in support of their daddy.  Heather was going to be a single mom for the year Brian was gone.

It was really hard, Marti and I and Brian's parents stepped up and tried to fill the void, but we couldn't replace him.  Brian did keep us all updated with emails and pictures of him in Afghanistan. 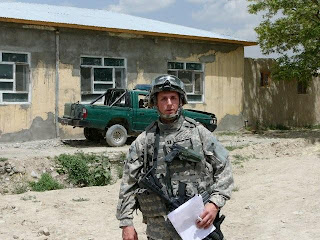 He even got a fancy set of wheels to drive around in. 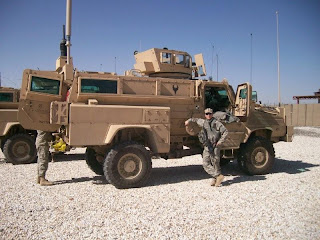 An occasional picture came showing some of the lighter side of his deployment. 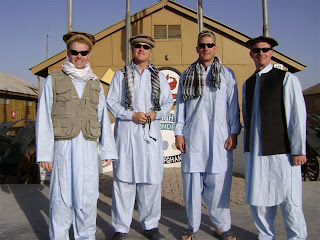 Brian and his team dressed in the local garb, called "Man Jammies".
No matter how much the emails and pictures helped, it wasn't the same.  We even tried to included Brian via a webcam for his son Owen's birthday party. 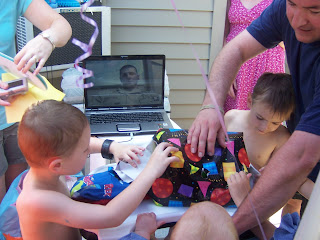 You could see the homesickness in Brian's eyes. 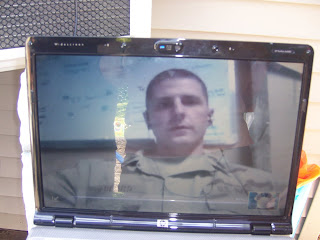 But the day came!  Heather had a great surprise in store to welcome Brian home. 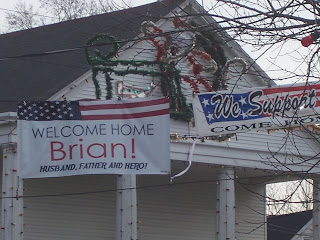 The city hall had a big banner put up.  Heather had a huge surprise party set up at the town's VFW hall. 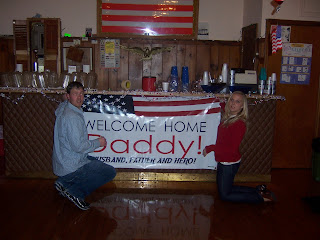 Everybody pitched in, Andrew's class at school made the American flag by using their hands to paint the red, white and blue colors. 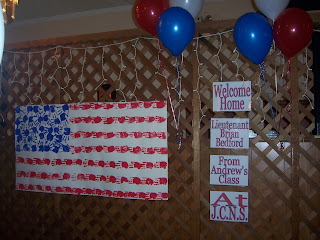 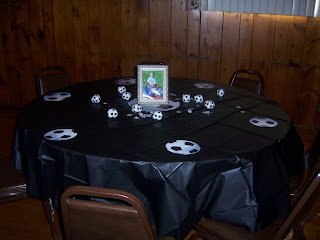 Andrew and Owen were dressed to match their daddy's uniform. 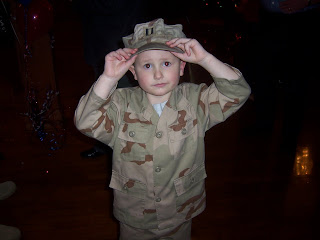 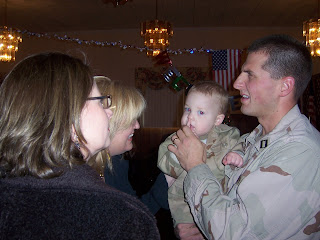 It was a great time, many friends and relatives turned out to welcome him home.
But the best part was to see Brian and Heather together again. 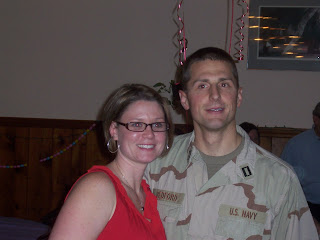 Brian came home okay, he did his duty and served his country. We are so very proud of him.
This Memorial Day, let us not forget all the brave men and women of all the wars that were not able to come home and be reunited with their families.  We are blessed with freedom and security because of their sacrifices.

Long may the flag wave over our country because of all who served!
Thanks for visiting and please feel free to leave a comment.