After finally wrestling my computer away from my two blogging grandsons, I had a few moments to post what we did today.  What more fun for a three and six year old boy than go to work with their Pa?

I don't work in the usual place, my office resides on a large Coast Guard Training Center with all kinds of interesting stuff.

At the Aids to Navigation School, Coastguardsmen (Coasties) are taught the fundamentals of buoy servicing, repair and positioning.  The Coast Guard maintains thousands and thousands of buoys, lighthouses and other channel markers all around the United States to assist mariners in safe travel on rivers, bays and oceans controlled by the United States.

Andrew and Owen got a look at some of the  Fresnel lenses that are found in lighthouses.  These lenses multiply the intensity of the light so it appears brighter and can be seen farther out to sea.

Some of the lenses are relatively small. 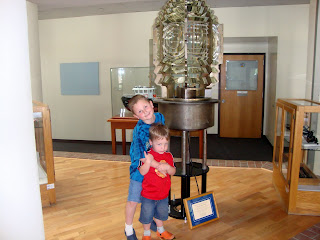 Others are a little bit larger. 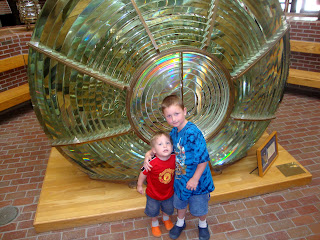 The boys took turns manning the wheel of an old Coast Guard Cutter. 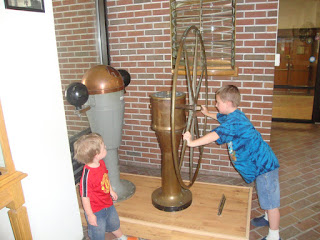 Outside, Owen got up close on a can buoy.  These buoys are found in inshore waters.  Note the tiny solar panels that power the white light on top of the buoy. 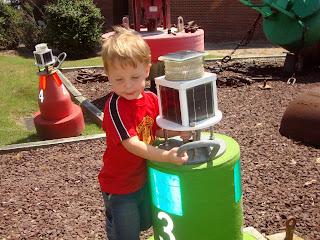 Then they inspected a large buoy that is found marking channels in the oceans. 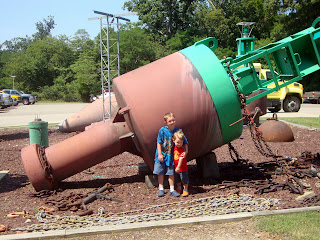 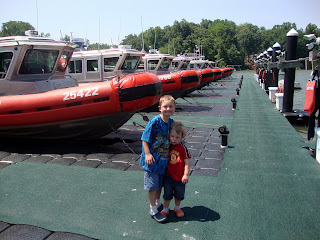 I had to show the boys the 41 foot Utility Boats that I maintained and ran during my career.  They may be old but dozens are still in service. 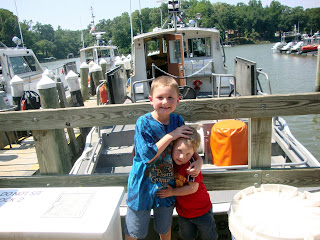 I thought they'd be impressed but they were more fascinated by the Jellyfish floating around in the water. 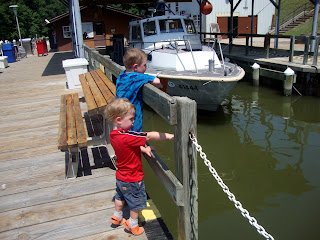 So much for early recruiting efforts! ;c)
Thanks for visiting and please feel free to leave a comment.