On the Oregon Trail

Our son Ryan is a member of the U. S. Coast Guard (like me - the acorn didn't fall far from the tree) and has been in 10 years already.  Seems like just the other day Marti and I dropped him off for his trip to boot camp in the wee hours of a hot summer day.  He has already served in Guantanamo Bay, Cuba, New York City, and Charleston, SC where he met and married Amber, our daughter-in-law.

As almost all military members experience, he transfers to a new duty assignment every three to four years.  His most recent transfer was from NYC to Astoria, Oregon.  A cross country trip.

I was able to take some leave from my duty station and drive Ryan, Amber and their two daughters in our Winnebago Journey motorhome to their new home. 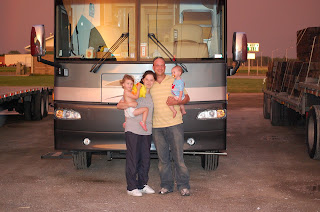 We towed their car behind on a rented tow dolly, a U-Haul one-way. 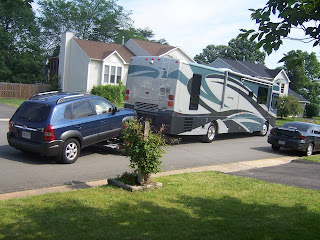 The girls were buckled into their car seats by Ryan. 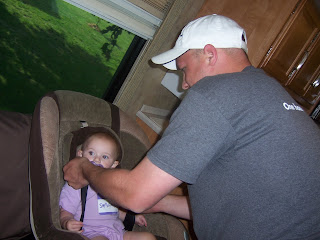 Taylor shared her seat with a few friends. 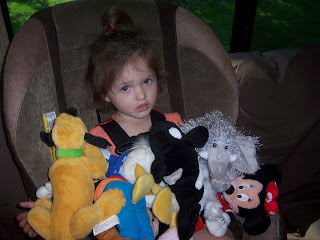 We visited some interesting places like Mount Rushmore, the Little Big Horn Battlefield,  and sights on parts of Route 66. 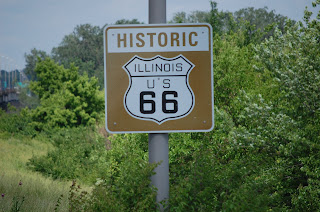 The Mitchell, SD Corn Palace is decorated in multi-colored corn cobs.  Every year they have new, unique pictures adorning the sides of the building. 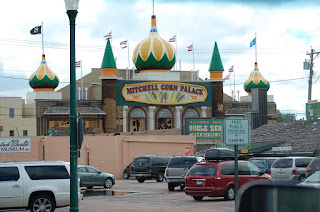 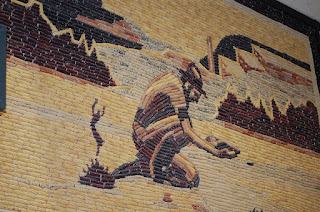 Taylor tried on some hats at Wall Drug. 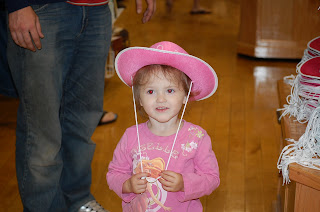 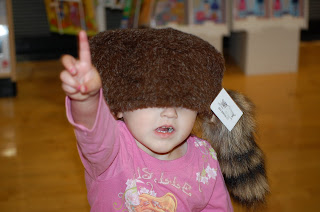 Sometimes the road was a little boring. 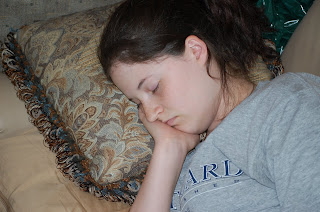 Other times, the sights were very unusual. 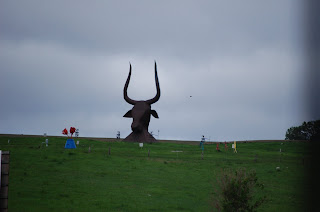 We tried to go to Yellowstone National Park but got snowed out...in June!  We back tracked and went North in another snow storm.  Somebody forgot to turn on summer.
Some of the local residents were not too friendly so we watched where we walked when stopped for a rest area. 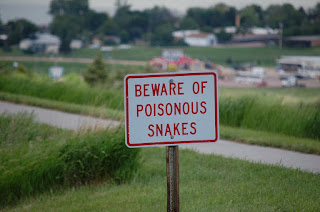 We made it to Astoria, Oregon and stayed at the Astoria KOA for several days until their house was ready to move in.  The KOA had lots to do, including a great indoor pool. 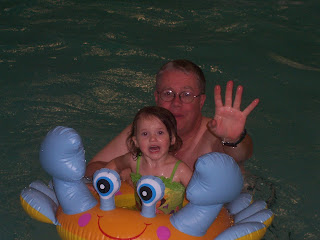 Finally their house was ready, they moved in and got settled. 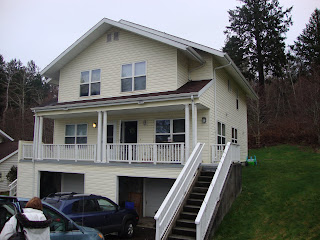 I had to beat feet back to Virginia because work called and they needed me back "right away".  I drove home from OR to VA in 5 1/2 days.  It was a bummer.
Now we see the kids via computer video conferencing and fly out once or twice a year.  The call of full timing is getting stronger and stronger. ;c)
Thanks for visiting and please feel free to leave a comment.

Posted by Paul and Marti Dahl at 9:08 PM