Back to the Fort Eustis Army Transportation Museum: 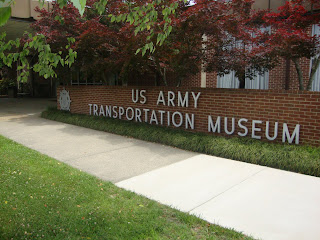 The Jeeps were continually improved over the years.  The 1960's saw this version of the Jeep: 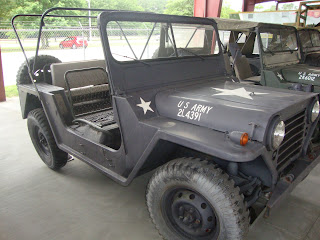 This is the M151 Jeep, nick-named the "Mutt", actually built by Ford!  Note the horizontal grill.  These Jeeps are extremely rare because when they reached the end of their 20 plus year service life, they were scrapped by the Army and were cut into 3 pieces to prevent civilians from buying one surplus and rolling it over.
The Jeep's reign as the Army's preferred General Purpose (GP) vehicle was ended by... 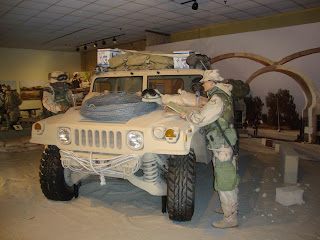 ...the Hummer, in 1985.  Hard to believe these vehicles have been around for 25 years already!
The Army also improved on the Duck amphibious truck with the Super Duck. 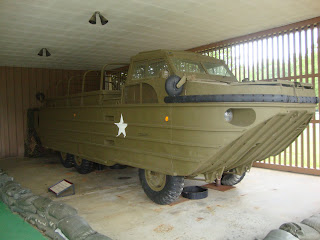 Even the Super Duck was improved on with the Light Amphibious Resupply Craft, or the LARC. 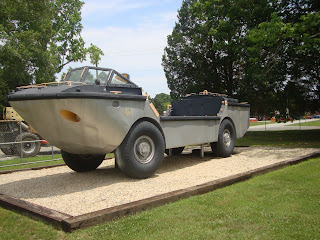 Then came the Super LARC. 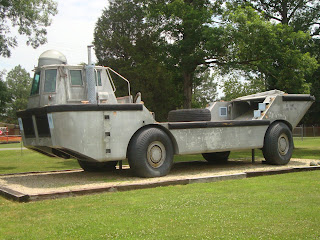 Even the Super LARC was improved on with this... 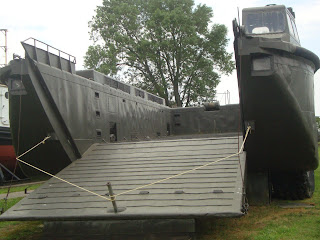 The BARC (Biggest Amphibious Resupply Craft???)
To give you some perspective on the size of this vehicle, check out the size of the people standing next  to one of its tires! 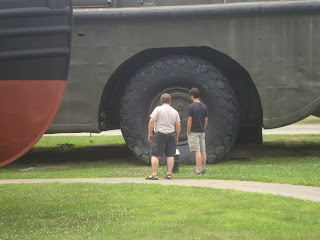 How'd you like to try and parallel park one of those babies? :c)
What did the Army use all these vehicles for?  To unload GI's and supplies from its ships.  Yes, the Army runs a fleet of ships, tugboats and landing craft.
The Army even runs trains.  Here is one that was used in Europe during WWII. 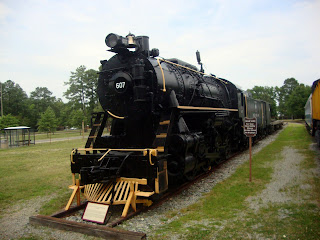 In tomorrow's post, I'll show you some of the planes in the Army's air force (did ya' know they have one?) and some of the experimental vehicles that for obvious reasons didn't make it into production, or last very long in service.
Thanks for visiting and please feel free to leave a comment.

Posted by Paul and Marti Dahl at 6:22 PM