The Story of Iron Mike.

Iron Mike stands proudly in front of the National Museum of the Marine Corps, located South of Washington, DC in Quantico, VA.

At Exit 150 off of Route 95, you follow the signs and arrive at the entrance, clearly marked. 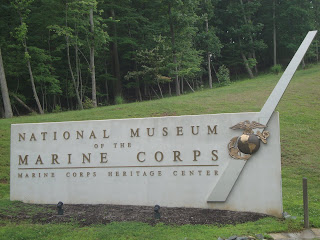 The parking lot is huge, free and has spaces for the largest RV.  Admission is also free of charge.
Walk up to this unusually shaped building. 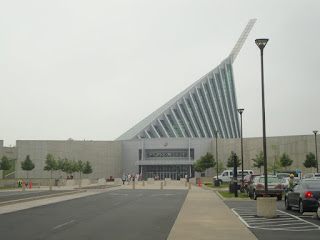 Lining the side walk are these decorations.  Each is the size of a large dinner plate and are made of gleaming brass. 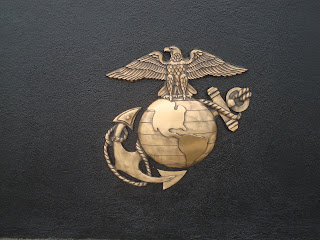 You enter here into an amazing building, dedicated to the history of the United States Marine Corps. 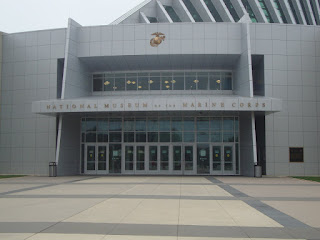 In the lobby, the sights are amazing.  A World War II Vought Corsair fighter plane hangs from the ceiling. 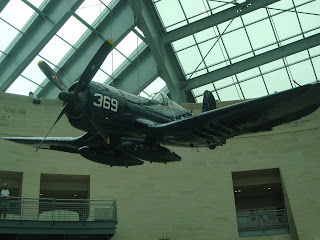 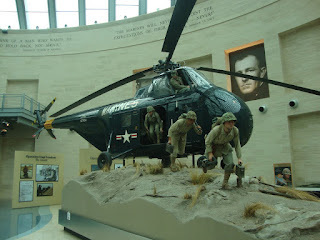 A Marine Amtrak lands its Marines on a Pacific island in World War II. 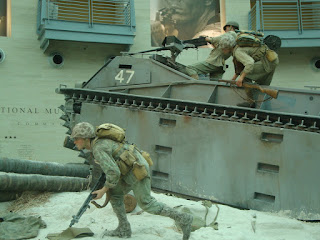 You walk down the hallways, crammed with Marine Corps artifacts and life size dioramas, taking you on a tour through the years of Marine Corps history.
During the Revolutionary War, Marines fought on Navy ships, they were stationed up in the ships masts where they could fire down on the enemy ship's crews. 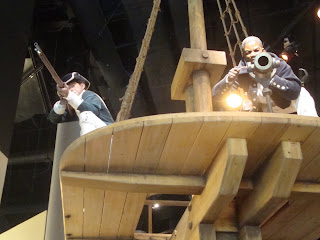 Marines fought in many wars and conflicts.  During World War I, they played a major role as part of the American Expeditionary Force sent to France to fight the Germans. 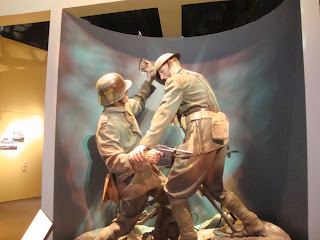 There are examples of the equipment Marines used on the battlefields of France.
A Model T Ford configured as an ambulance. 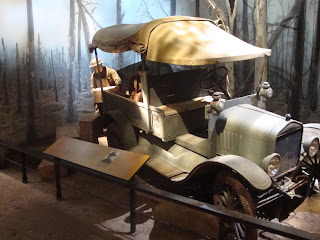 A Liberty truck used to carry supplies and Marines to the front lines. 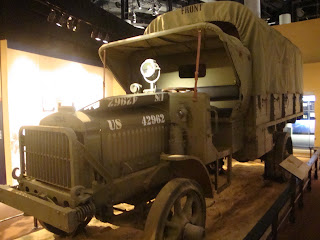 These trucks rode on hard rubber tires, no worry about flats, but how did they get any traction? 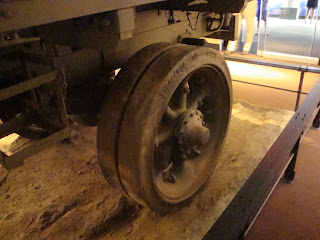 Weapons the Marines used are housed in a large display cabinet. 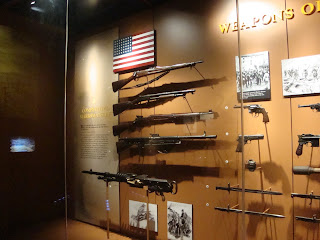 More in tomorrow's post as I look at the World War II displays.  And yes, I have not forgotten about the Story of Iron Mike...stay tuned.
Thanks for visiting and feel free to leave a comment.