Scootin' in the Desert.

I had another one of my lame brain ideas.  We could go to Quartzsite, AZ for the big RV show.  Marti said:  "No way, I can't take off that much time from work!"  As usual, I can't take "No" for an answer.  I had to figure out a way.

It was late 2005.  The Class of 2005 (Folks that hit the road fulltime in 2005) were going to have a "class trip" and hold a celebration rally at Quartzsite at the time of the annual RV show in January 2006.  I had been corresponding with the organizer of the class rally, Tab, and he invited me to come along as a guest and talk to the fulltimers to get questions that I had answered.  It would also be a way for Marti to get a first hand look at the full time lifestyle.

I cooked up a scheme where we could do it.  I headed out by myself from VA and would meet Marti at the Phoenix, AZ airport a week later.  We could attend the rally for a couple of days and then drive home together.  Marti agreed and I patted myself on the back...I could sell used cars!

I headed out in the Adventurer motorhome, with the Element Toad and inside, the "Tadpoles" our twin Honda 50 cc scooters.  I made very good time and despite a wrong turn on a detour where I found myself in Georgia (whoops!) I actually arrived ahead of time.  I didn't stay in campgrounds on the way out, I availed myself of Flying J's and Walmarts, as well as a nice rest area along I-10 in New Mexico. 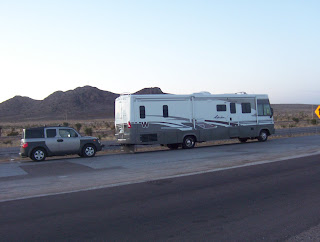 Because I was a little early, I went to the Pima Air Museum in Tucson, AZ.  I got to see some really great planes, including this pristine B-29, the type of plane my dad worked and flew on in WWII. 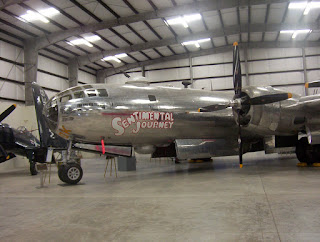 They had some newer aircraft, too.  I had to photograph these. 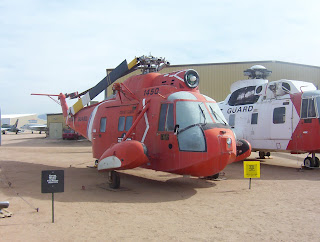 I picked up Marti as planned and we headed out to Quartzsite.  We set up our campsite in the middle of BLM land, in the La Posa South Long Term Visitor Area (LTVA) with the Class of 2005. 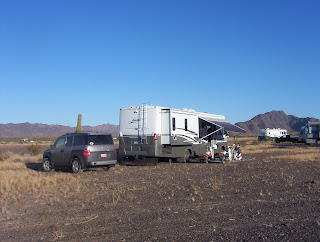 We had a great time with the Class of 2005, they welcomed us with open arms and answered every question we had.  We enjoyed the evening Happy Hour campfires and snacks.  During the day we had alot of free time to browse around the sights, vendors and the Big Tent Show in Quartzsite. 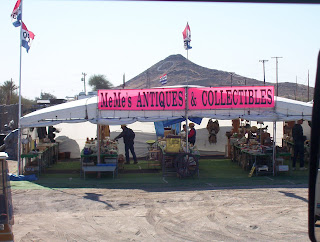 We had to photograph this vendor in Quartzsite because the grandkids call Marti "Me Me" (Mimi). :c)
We broke out the scooters and rode around the many dirt roads in the desert. 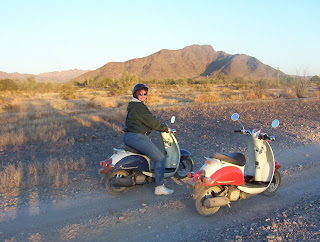 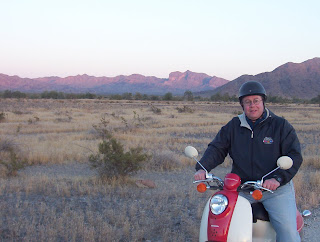 The mountain views were incredible! 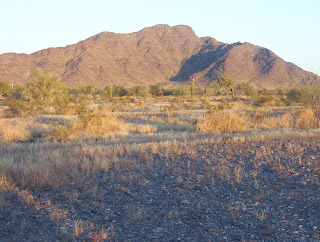 The Quartzsite dust was incredible too, I had to scrub and scrub and the scooters still have some of the dust on them to this day! 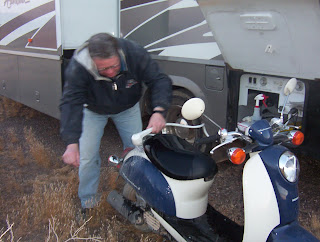 We decided to leave a day earlier than we planned and take a run over to California and see some of it before it slides off into the ocean in an earthquake. 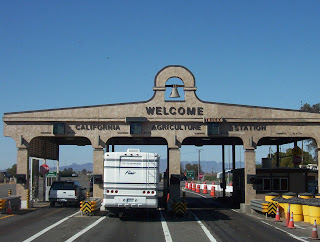 We did our typical "Windshield Tour" of Joshua Tree National Park and then headed East towards home.
I enjoyed all the red rock scenery on the way back. 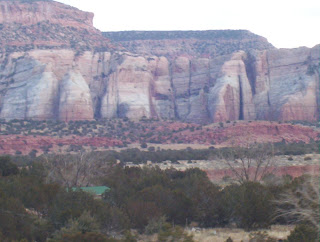 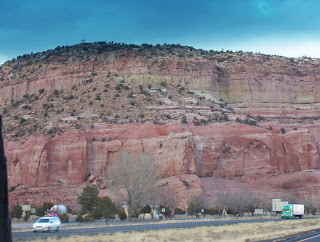 Marti enjoyed it, too! 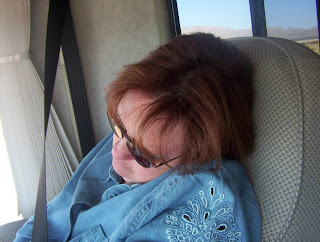 Thanks for visiting.  Please feel free to leave a comment!

Posted by Paul and Marti Dahl at 8:19 PM