Got a Phone Call...From Myself!

I came into my office and there it was, the blinking red light on my phone.  Oh crap, that's never good.  Somebody left me a message.  What kind of trouble am I in now?

Taking my pen and paper, I dialed in to my voice mail.  The message was from Paul Dahl!  Huh?

I listened to the entire message and it really was Paul Dahl.  From Oklahoma.  This is weird.  Seems that I, er, I mean he had been doing some research on line at a website called Missingmoney.com.  Paul had at one time lived on the same street where one of my previous offices was located.  The website indicated there was money being held by the state of Virginia for him, I mean me. 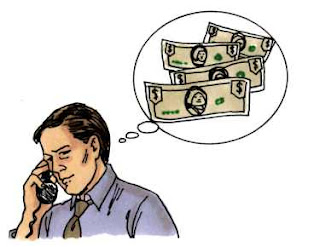 Paul had the same first and last names as me and even had the same middle initial, but it was for a different name.  Phew, at least something to tell us apart.  The money, however, was not for him, it was for me.  Paul was kind enough to do some research on line and track me down in a military locator website and call me at the office.  He explained everything to me.

Being the trained investigator I am, I was somewhat skeptical at first and thoroughly researched everything.  Results were yes, the state of Virginia did indeed have some long lost cash for me from an insurance company I dealt with years ago.

So I obtained the Virginia Unclaimed Money forms, included all my documentation to prove that I was the Paul Dahl, not the other Paul Dahl, and sent it in.  I'm waiting to hear back from Virginia as to exactly how my money got lost and what it's for.  I don't know how much it is, but just in case I've been looking online at those new Winnebago Tours. ;c)

For some fun, can you guess what this is a picture of and where it was taken? 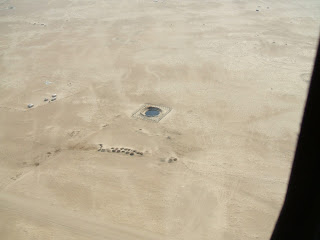 Posted by Paul and Marti Dahl at 8:03 PM