Today being our last day in the San Diego area, we went on an exploration trip to the Navy Base on Coronado Island.  Once again, the sun was shining and the air was warm and inviting.  I guess the song is true, it never rains in Southern California (we're NOT complaining!).

The Navy Base is home to a bunch of helicopter squadrons, it was neat to see them buzzing around in their pale grey Seahawk choppers (the Navy's version of the Army's Blackhawk). 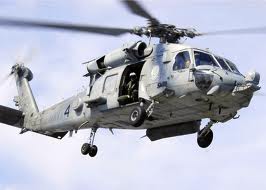 On the base, there is a private beach.  When we walked out on the sand, we couldn't believe how crowded it was. 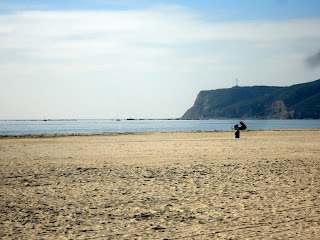 We decided to come back another time when there are not so many people about.
Near the base is a FamCamp called Fiddler's Cove RV Park.  It is right on the water, there are 40+ sites.  No hookups, dry camping only, but at $12/night and with water and a dump station on site, what's not to like?  This time of year, you can only stay 45 consecutive nights before you must leave for two weeks.  In the summer time, it is reduced to 30 consecutive nights.  (A caveat, it is limited to active duty, reserve and retired military folks). 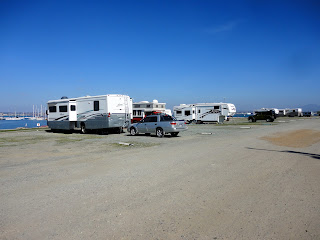 If we had the time, we'd come here and stay at least a week, San Diego has some many things to see and do it will be a priority stop the next time we come out this way.
Late in the afternoon, we returned to the campground and found most all the sites that were empty spaces when we headed out this morning were invaded with strange, silver capsule like things.  Were they from outer space?  No, upon closer inspection we determined they were part of a large Airstream Rally. 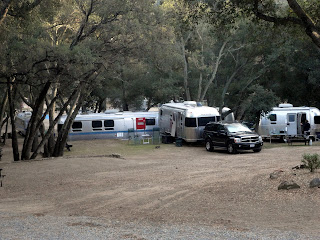 Funny, because as we drove by and headed up to the Journey, the lone motorhome in the campground, the Airstream people looked at us like we were from another planet.  ;c)
Thanks for visiting and feel free to leave a comment.

Posted by Paul and Marti Dahl at 1:23 AM